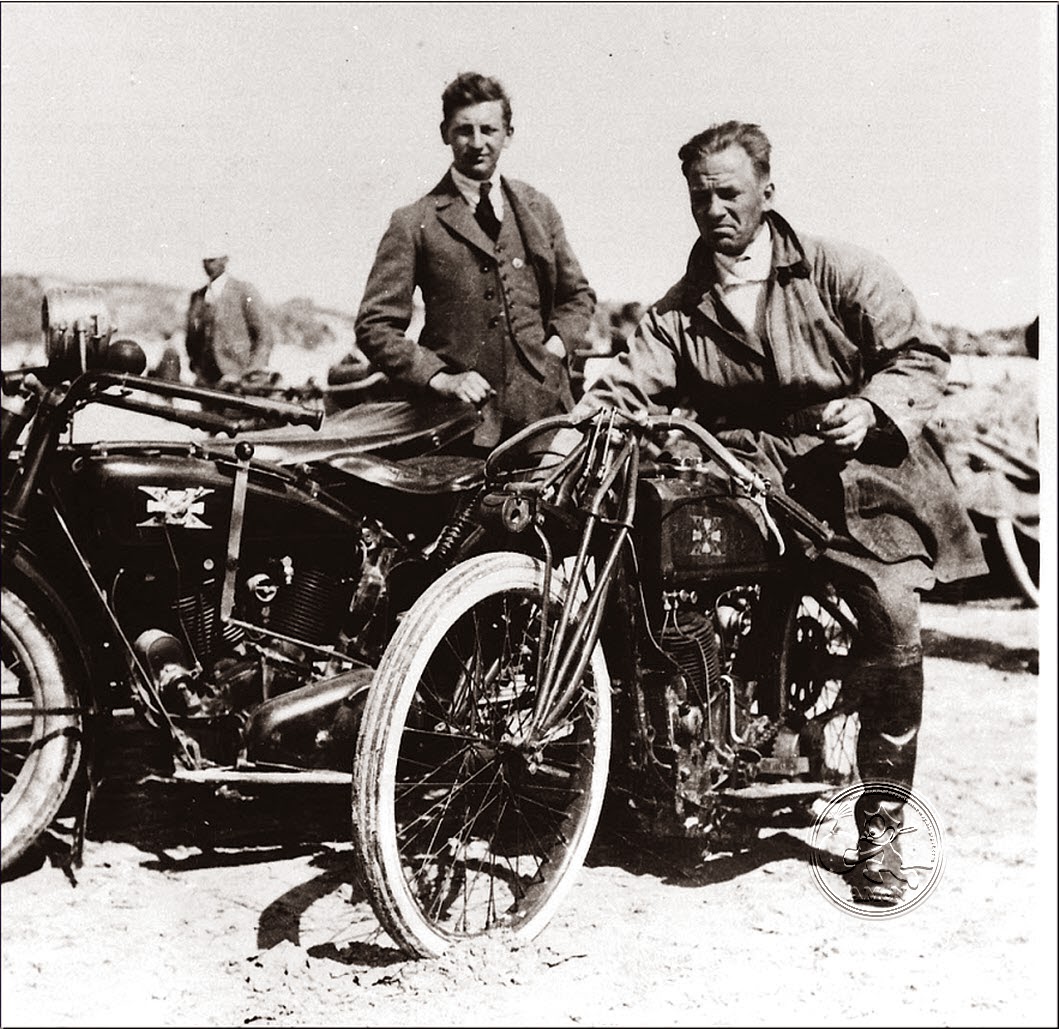 A great picture from the Danish beach at Fanø back in 1921. Per Chr. Herl on the Excelsior racer have the look of a winner in his face.

I have for quite a while heard rumors there should be the remains of what appeared to be a Militor motorcycle engine in Mid Norway.
Finally I got to see this engine when I was visited by Kurt that borrowed it from its owner to show me.
And indeed it was a chopped up Militor motor that someone with brute force had cut the heads of by means of a grinder. lets just hope this violent act took place many many years ago.

I have previously found that Militor was represented by Lindzen & Robsahm in Kristiania, as well as their agent in mid-Norway "Nordisk maskin & Automobil kompani. Apparently they might have sold one of those great bikes too.
There is another add from the well known company Gresvig in Kristiania offering Militaires too. Gresvig where the ones later to sell ACE motorcycles. 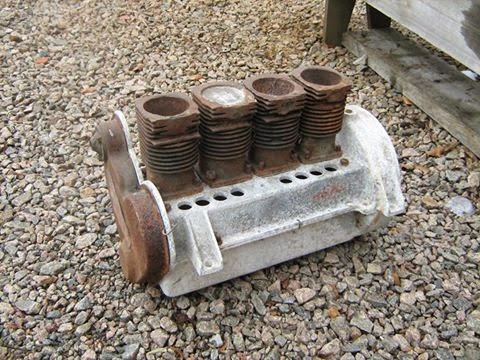 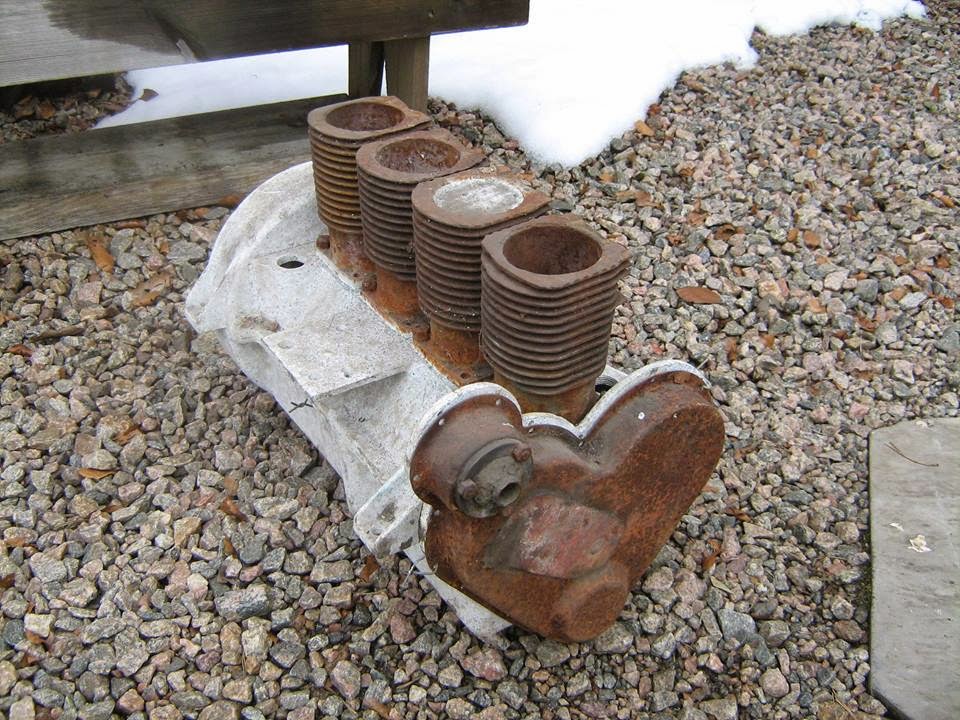 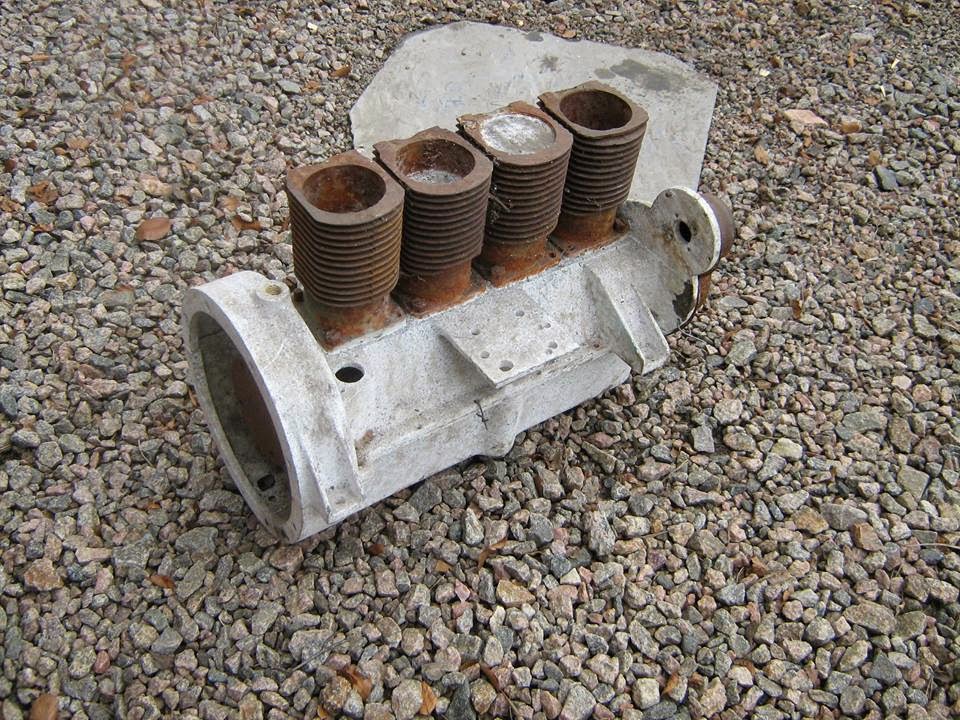 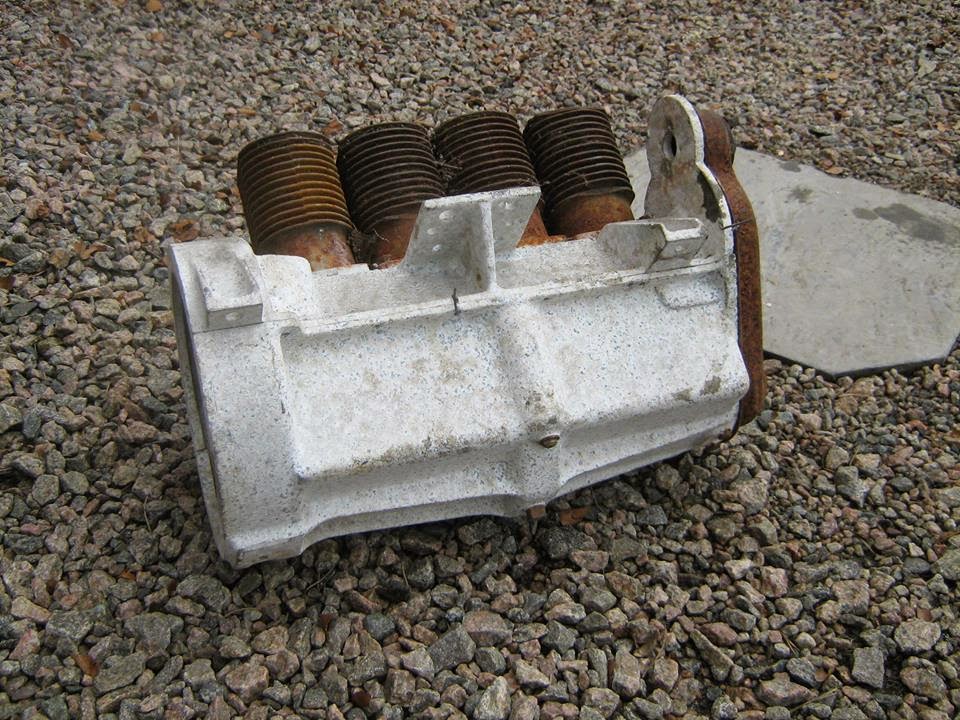 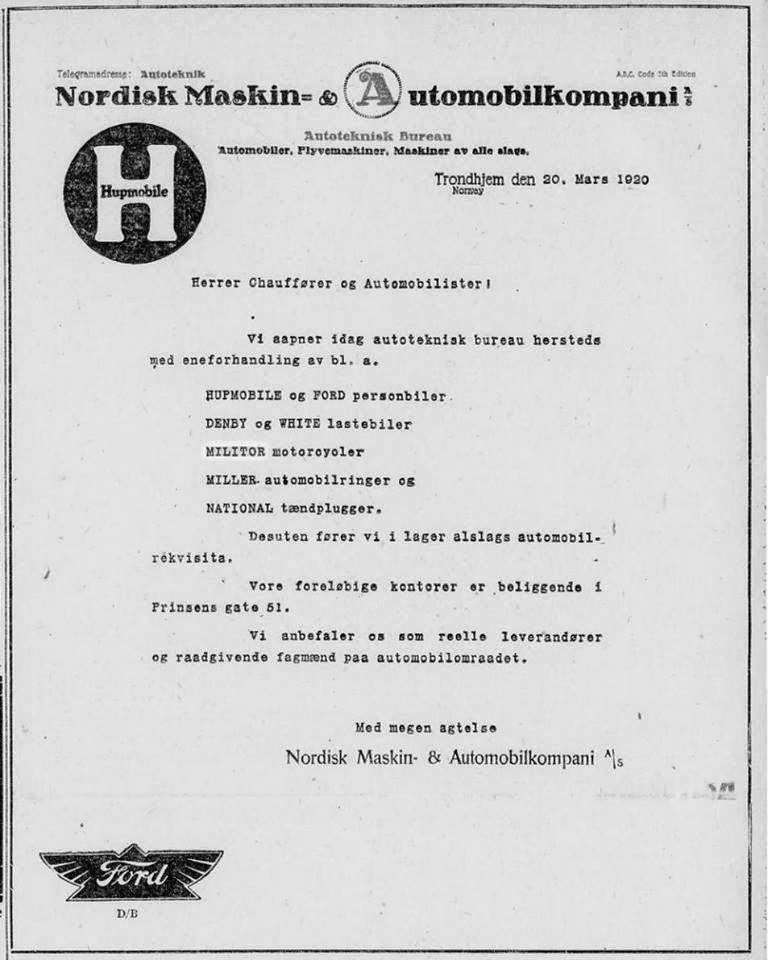 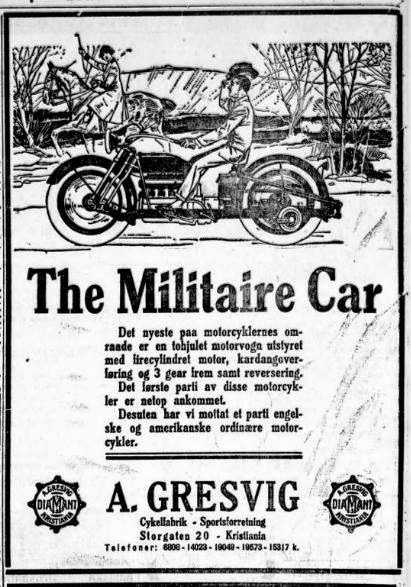 There are some guys I know that have had the old bike bug since "whenever". Svein is one of those guys, that I luckily lives close enough to drop by from time to time. It is fascinating to see what great restorations can be done without all sorts of fancy equipment at hand, Svein does it all, the old way.
Recently I got an interesting e-mail from Svein where some cool photos was added to. This was the remains of two Cleveland 4 motorcycles that in a rather short time during the early eighties surfaced in the Northern part of Norway, Svein had some of this for a while before passing on further.
This is what appears to be the first year Cleveland 4, a 1925 model from the chassis, but hey the motor don`t look as if a "Fowler" designed motor, neither does it look as the later 1926 to 1929 "De-Long" designed ones.
I will try to do some more investigations regarding this rather rare bird and what is today`s status.
Stay tuned. 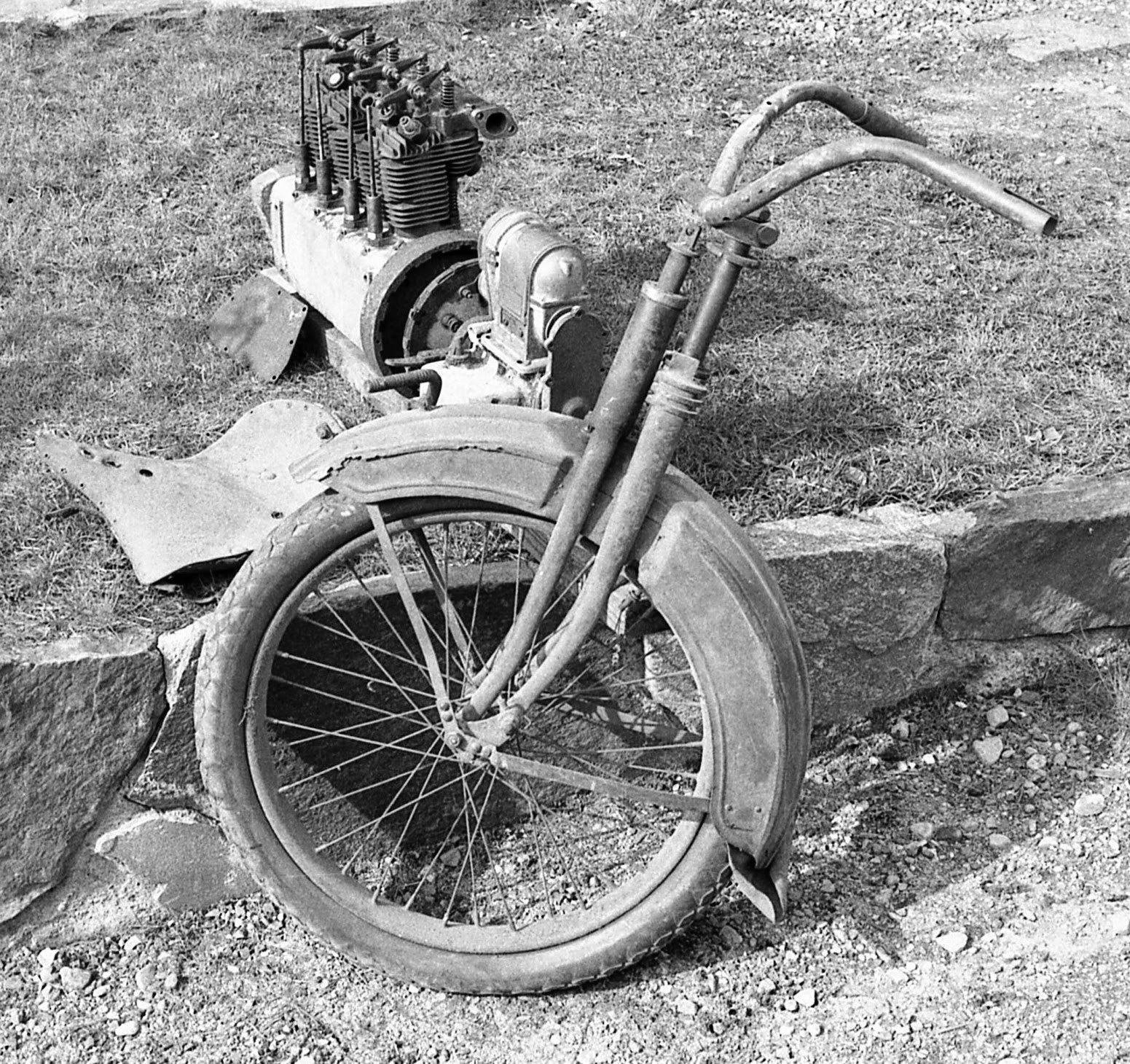 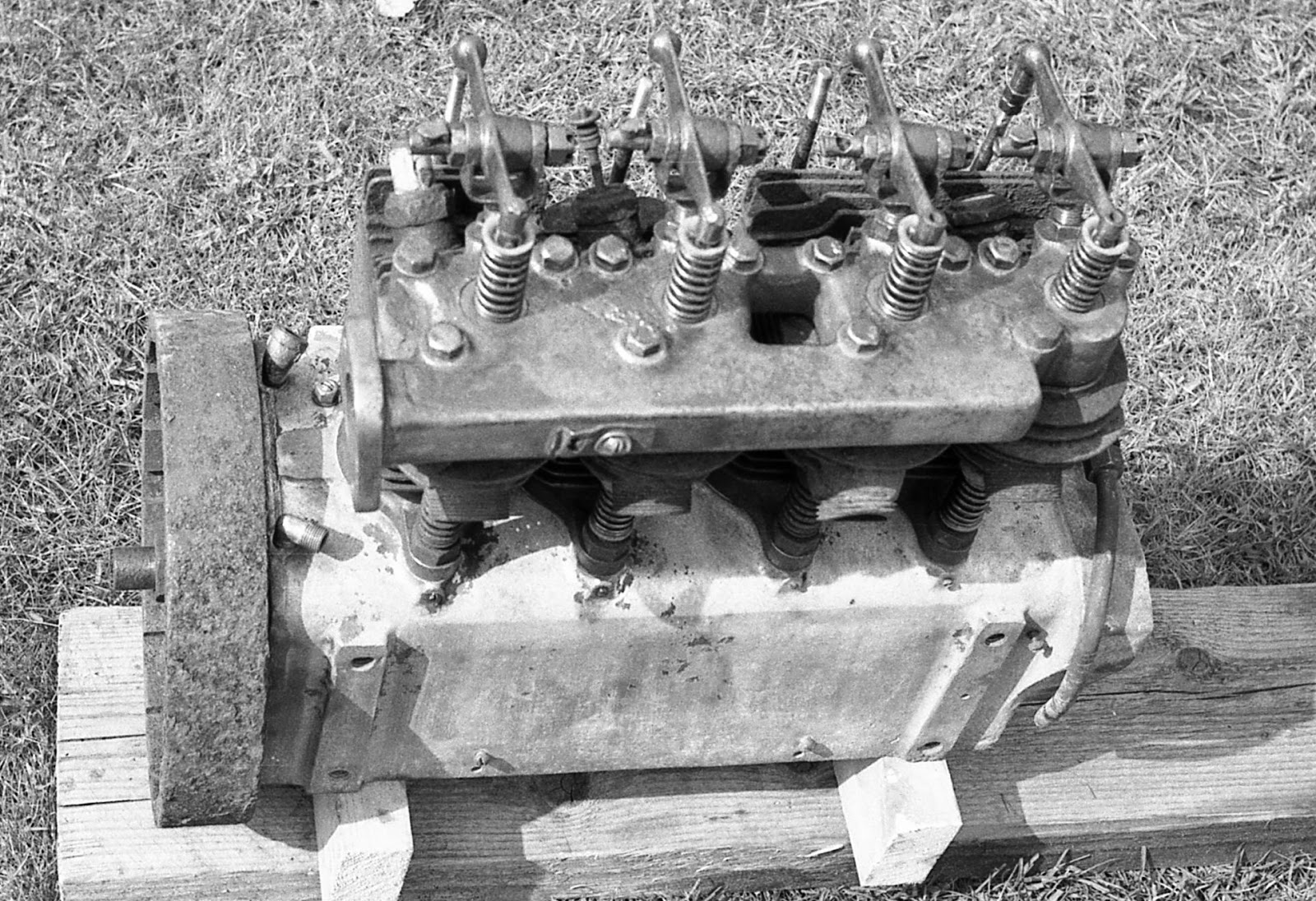 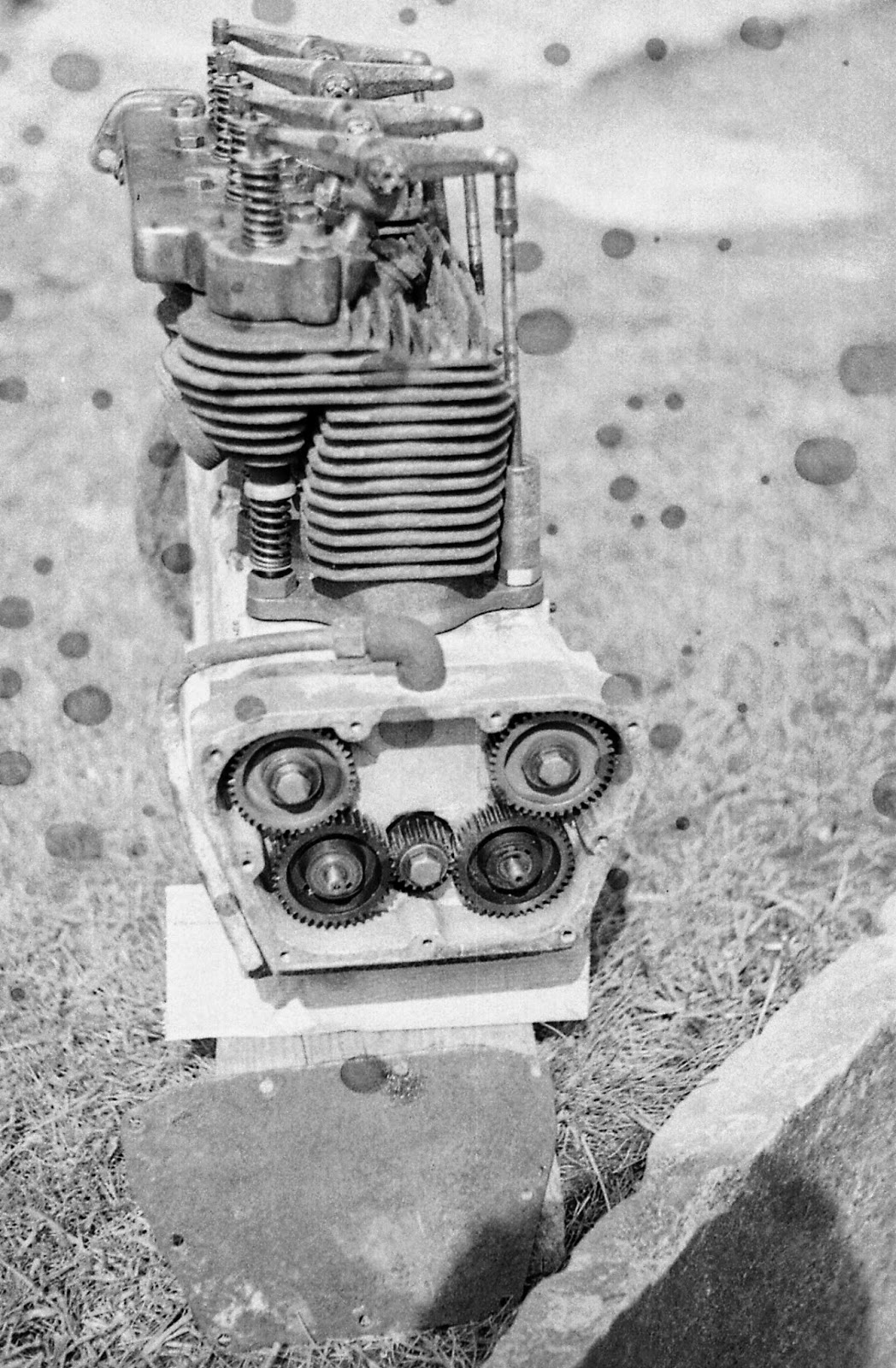 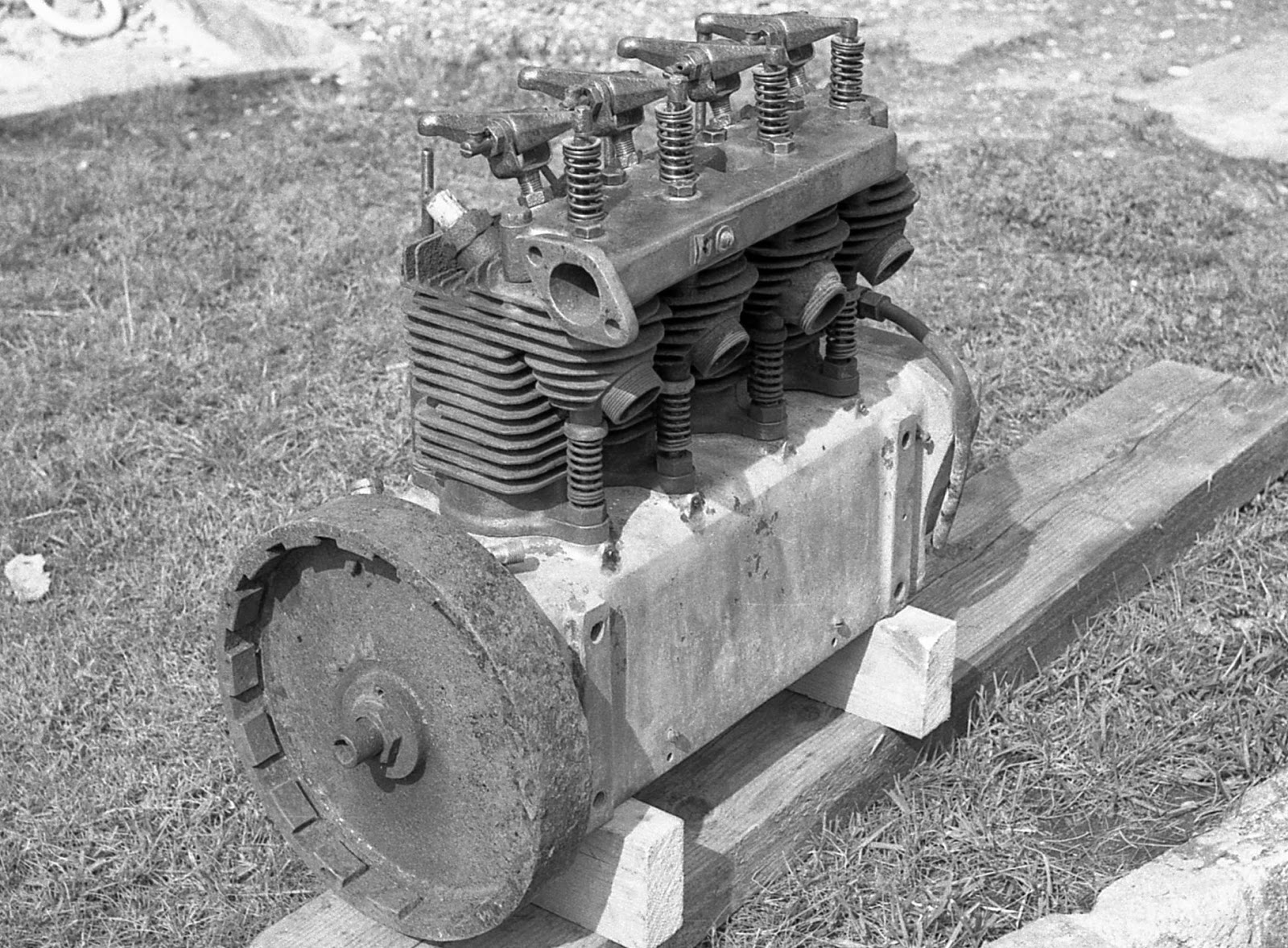 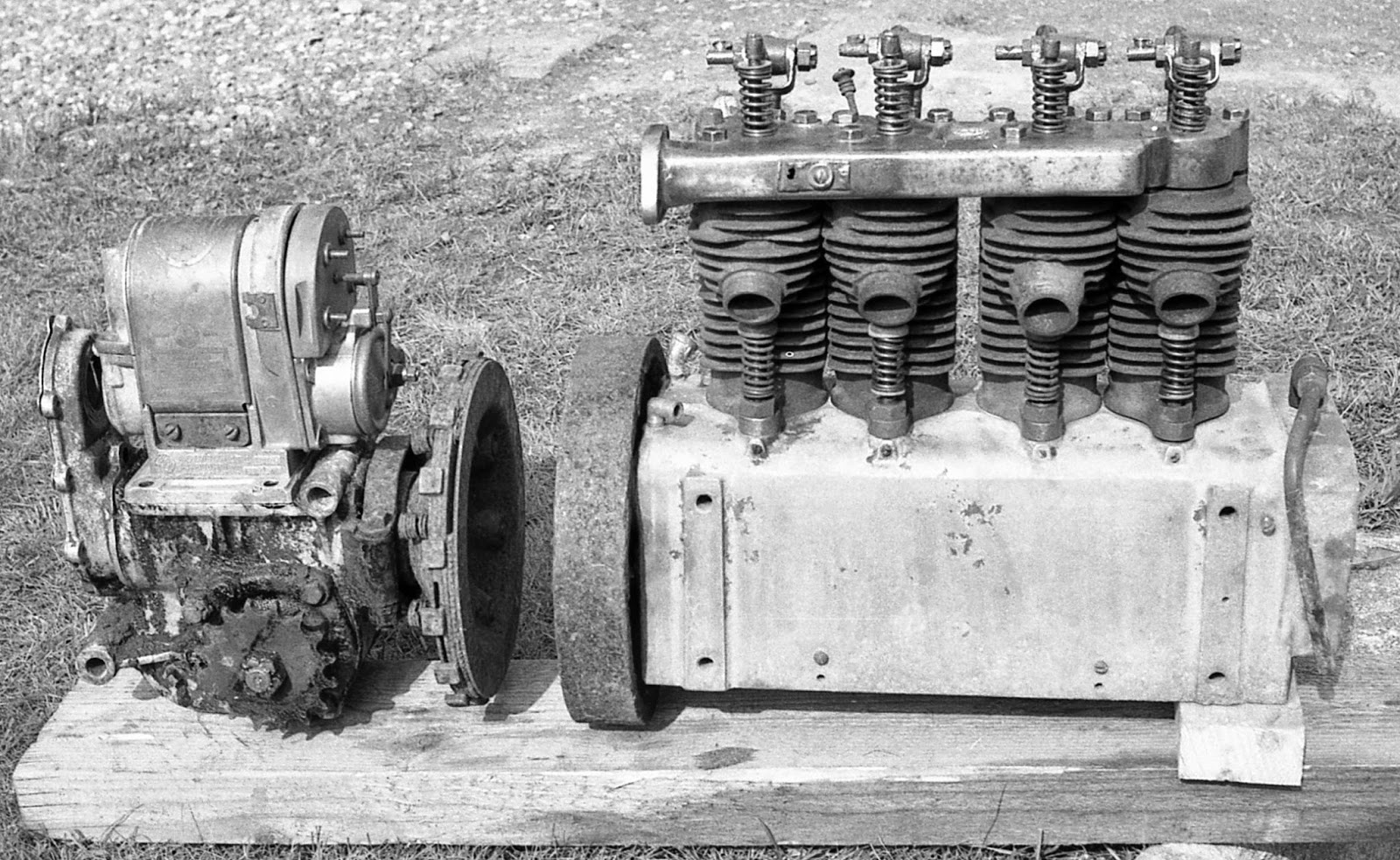 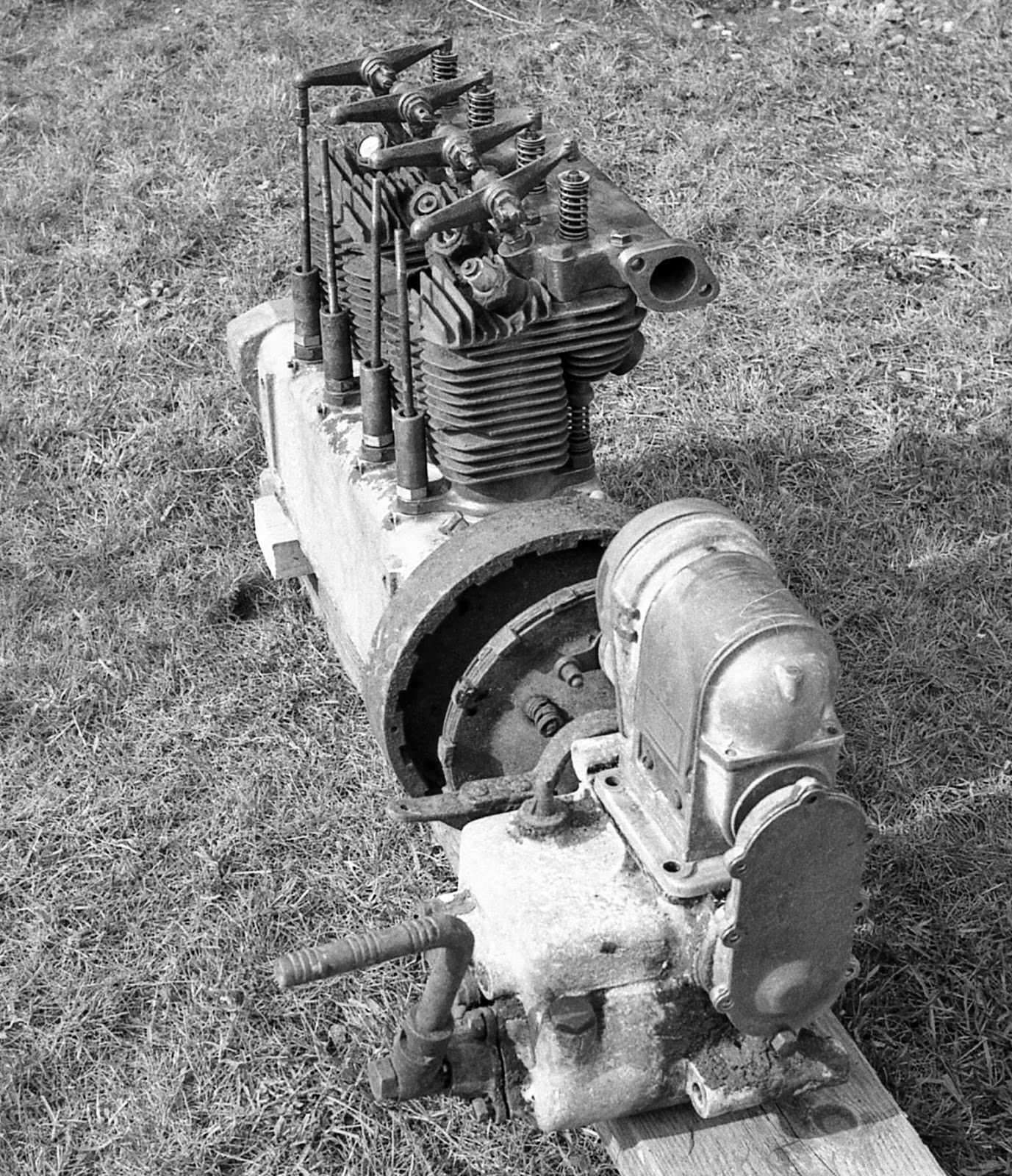 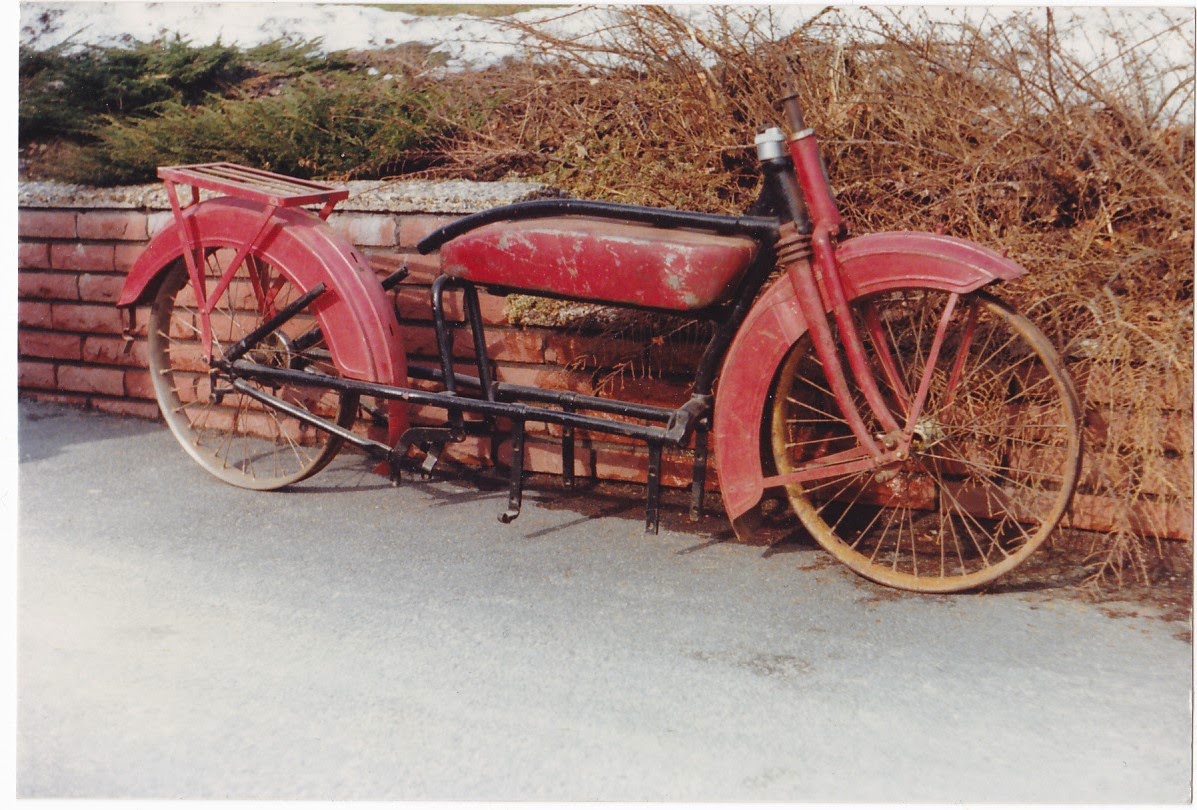 Here is one add from the Norwegian news paper Aftenposten dated 1927 where Cleveland fours are for sale:

It is spring, though still cold!

Finally spring has come to a point where it is OK to ride around on an old Harley. This year winter was not that hard after all, hence smaller roads do have less gravel from when this is used on top of the snow to protect the cars from sliding out in the bends(sic!)
I prefer to keep the first rides  on my old bikes along the cost, it is less cold and as just stated less gravel in the curves.
Now when I`m due to go back offshore for work I will look back at those first rides. 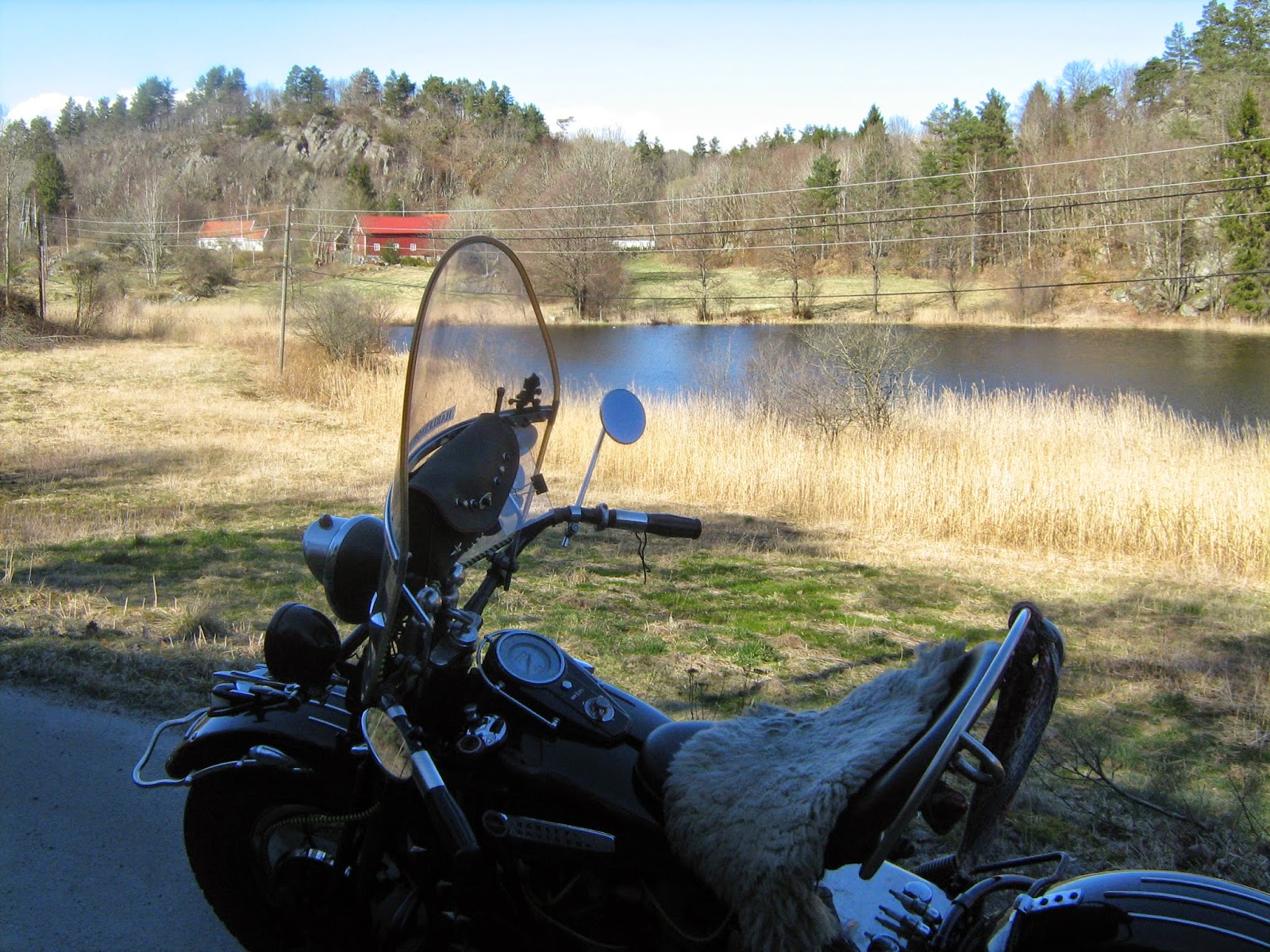 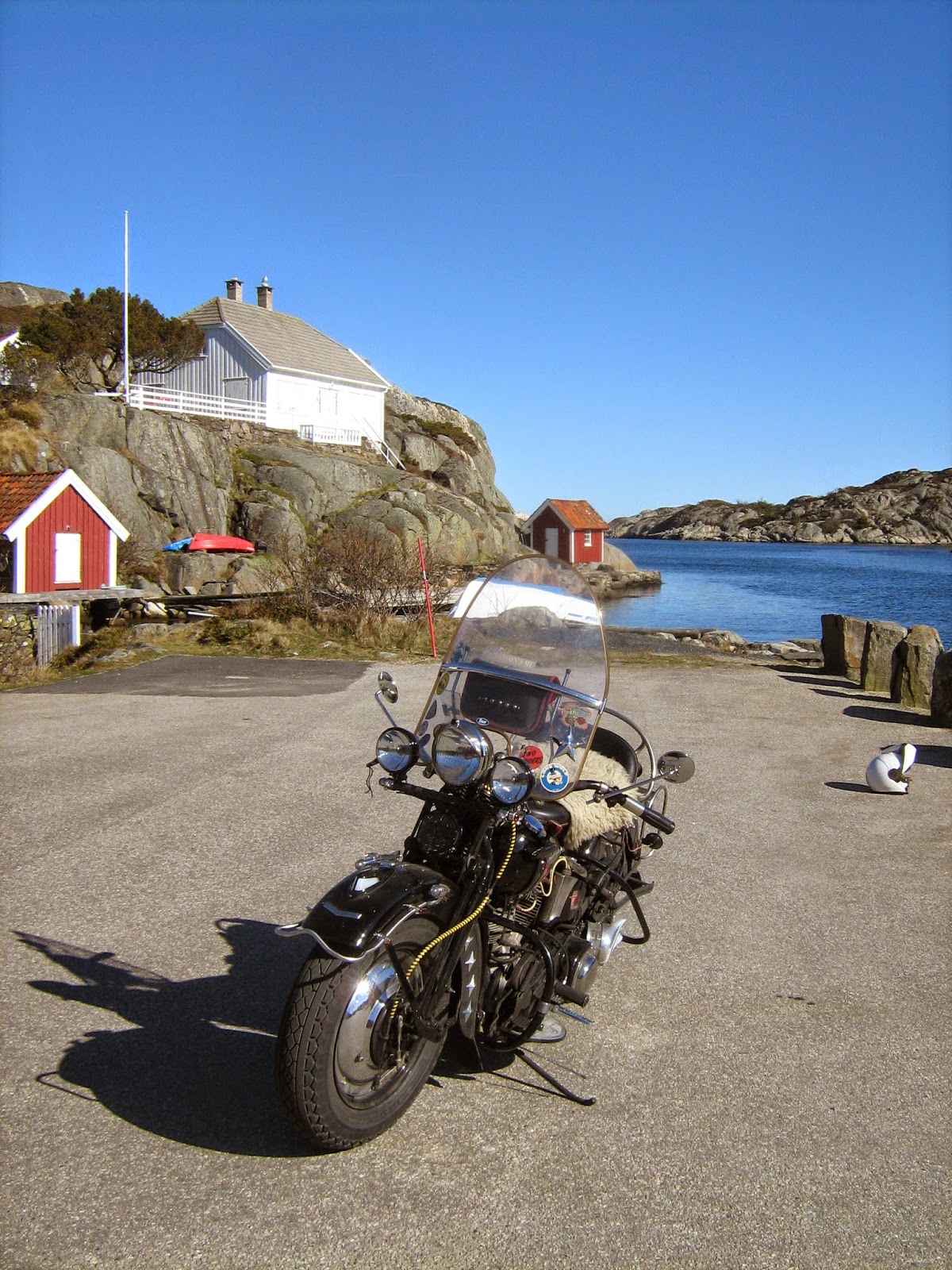 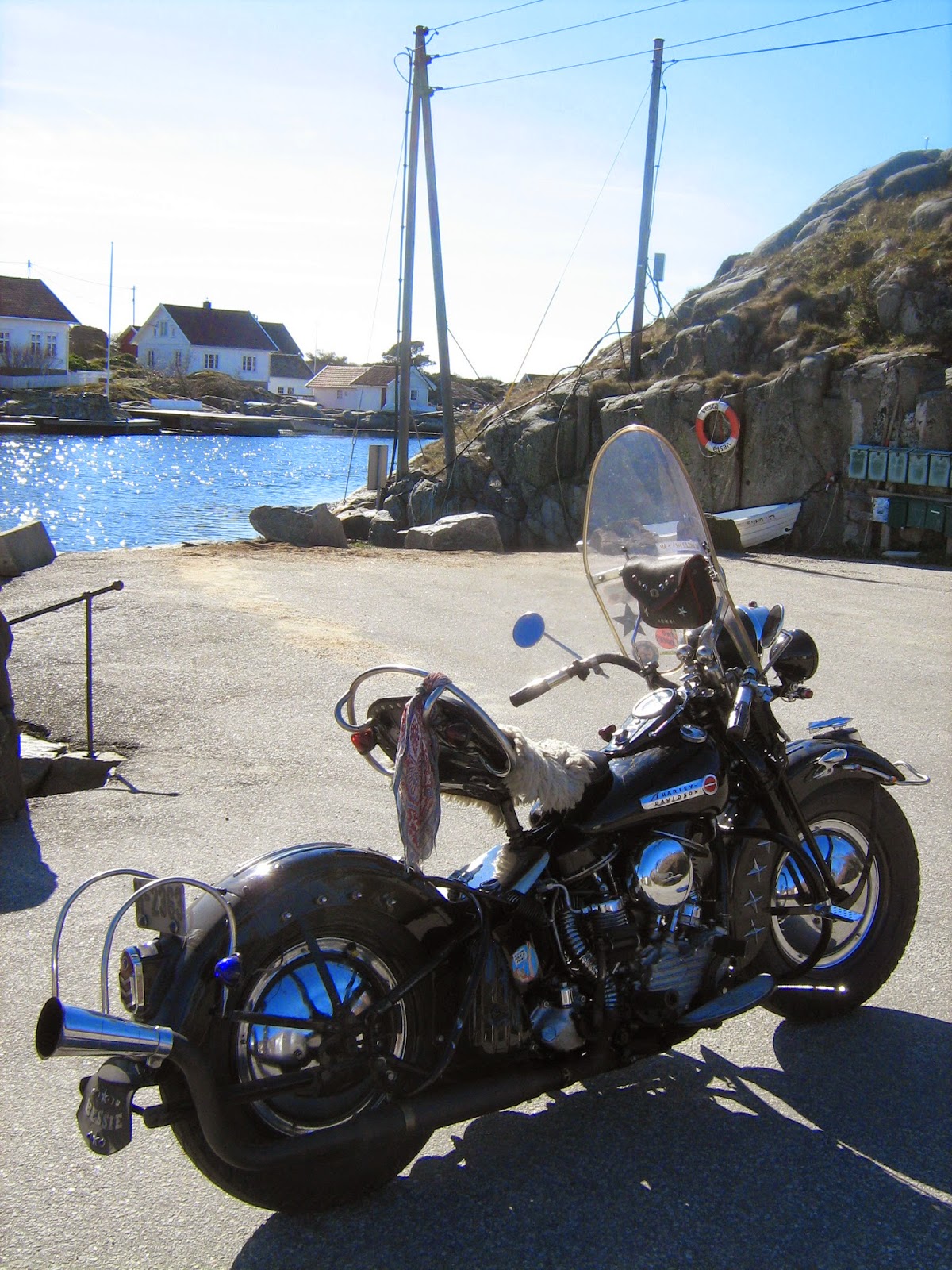 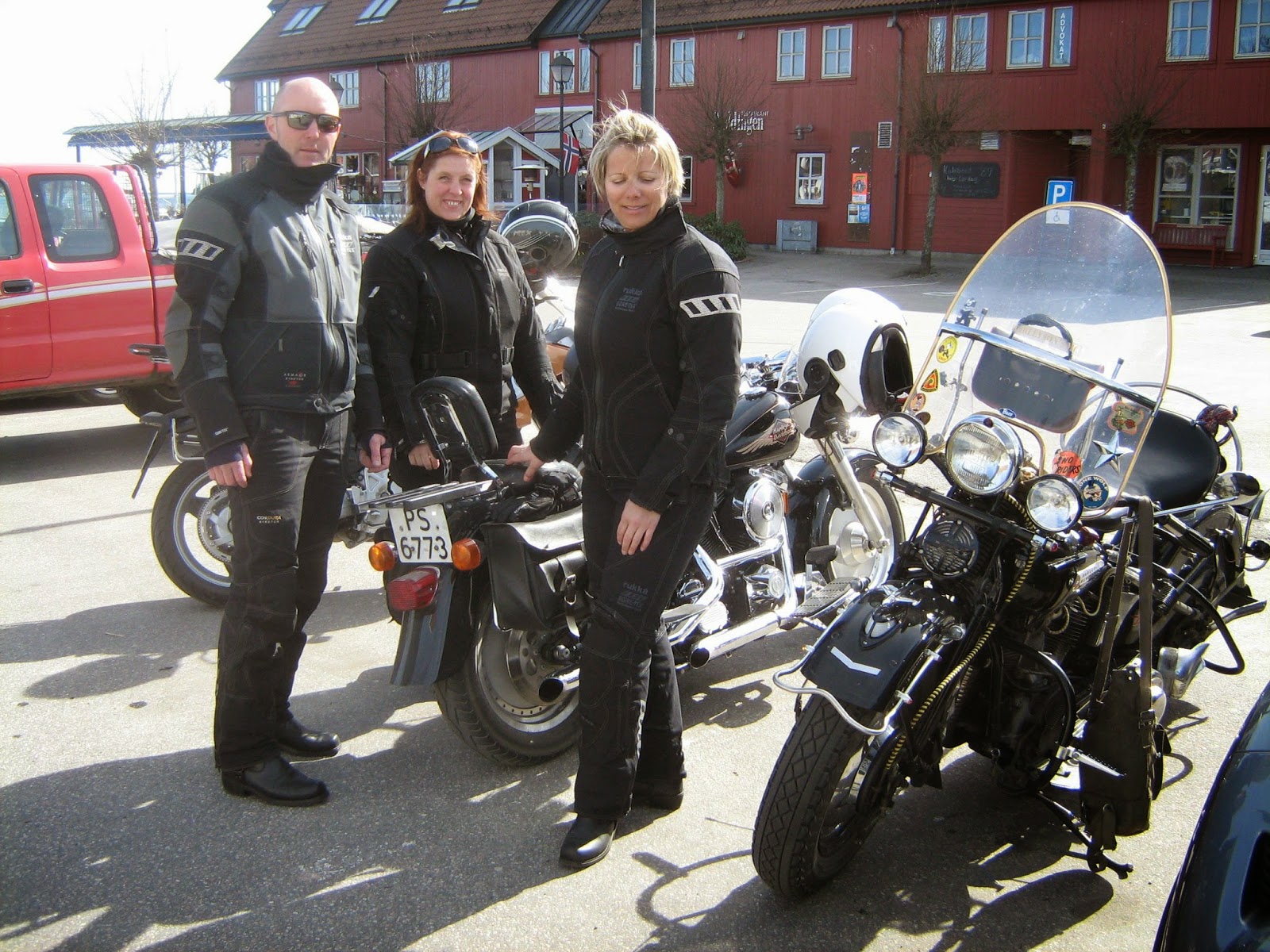