Generator issues and the joy of the three brush 32E

Ouch, its easy to forget.
Last year when on my way to the Fucker Chopper fest in Sweden I got a generator issue. The commutator on the armature had got a burned spot, was like two segments had suffered from overheating.
Solved the charging issue then by grinding carefully with some sandpaper.
Well, the other night there was no more charging, and when removing the generator I found the armature had become real worse on the same spot, ouch, was to much to be saved by re-cutting.
Had to install a spare armature I had received from Perry, the Canadian 32E generator expert.
I did also get a chance to use my generator testing gear (made this during the winter), cool to see it all working in the lathe prior to installing on the bike. 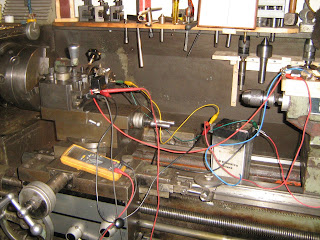 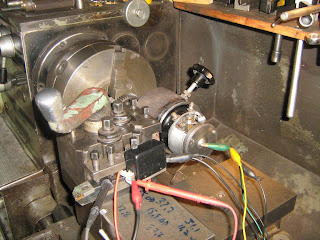 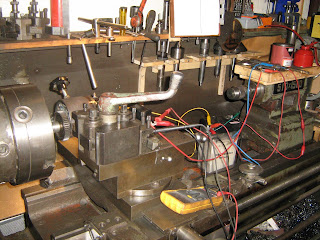 Wednesday showed up with nice weather and there was no reason to not go for a ride.
Spent the day riding around locally on single lane country roads, they have hardly any traffic and still some vintage motor related stuff to see.
Love the old gas station, I would like to have one of those myself, there are not many left now.
Found my old friend Karl was home, convinced him to pull out his ol Flathead, it started on the first kick (of course). 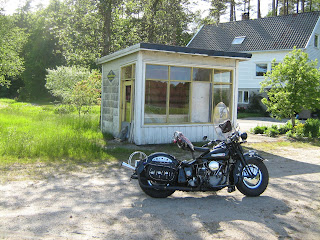 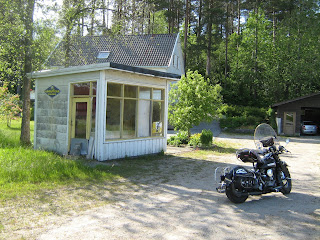 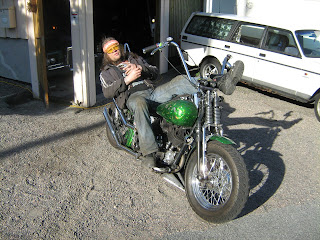 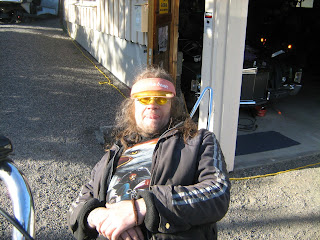 OK folks, time for some blogging.

Finally the southern parts of Norway have faced some decent weather, it was on due time.

Those whom still not believe in the climate changes have got some easy earned points this spring, our May was the coldest in decades, and still it is bloody cold even if at last there is sun.
A positive side effect of this rather cold spring weather is the snow in the mountains dont melt as fast as in a "normal year".

Last Thursday I woke up to "that great weather" and decided to go for a long ride with my ol Panhead girl Bessie. My goal was to climb the Brokke - Suleskard mountain pass, a 400km`s ride.
They normally open this mountain pass in the end of May, this year it was postponed by almost a week, i was really curious to see how much snow there was still along the roads in the mountains.

I was not be disappointed as I found it to be still up to 10 meters of snow along the roads.

Hey folks, 10 meters of snow along the road, we are talking about June, it is supposed to be summer!!

Enjoy some pics from this great ride on my old Panhead girl, she did not disappoint me, run like a Swiss watch the entire trip. 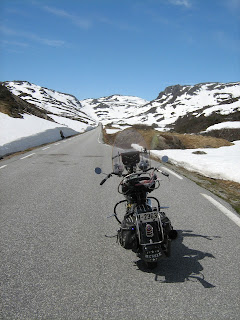 Having climbed the worst hills in second, I`m ready to stretch out in third into the mountains, serious amounts of snow ahead. 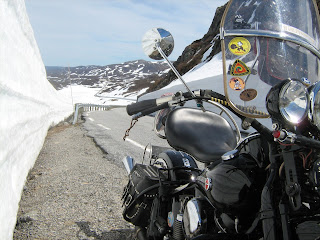 Still climbing, Setesdal ( the valleys) is now far behind. 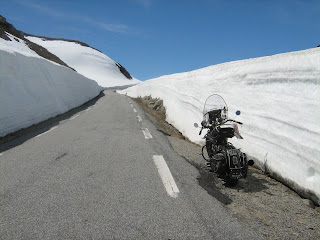 OK, I thought this was pretty cool and stopped for a photo with Bessie and the snow, there would be more further on. 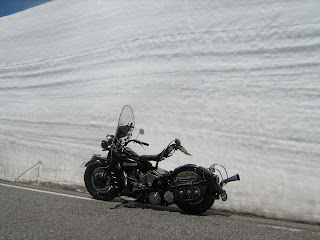 OK, now we are talking of serious amounts of snow, each side of the single lane road have those walls along the ride. 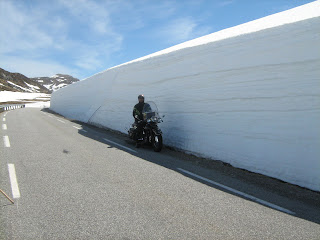 When riding alone its always pics of bike only, believe it or not, in the middle of the mountains this young couple (Dutch/German) came walking, "WALKING", OK they didnt mind taking a couple of photos with me and Bessie and snow. 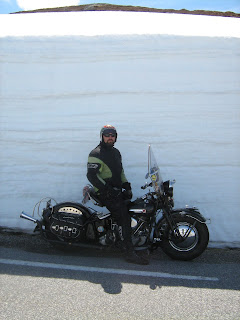 For those of you who wondered, YES it was cold.