Havent decided yet, if the look of hub caps look great or vulgar. For sure adding hubcaps will make the hub greasing procedure a nightmare.
Anyone got an idea of how to extend the grease point to acess without having to tear down the entire hub cap? 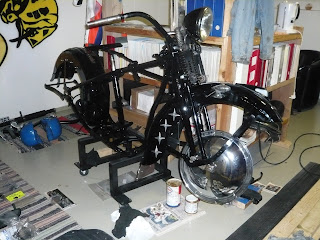 This is a great shot of some early NMK members on tour. As this picture is most likely captured approx 1916-17 it is even more interesting, will need to find some names on these gentlemen. 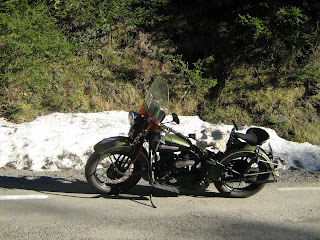 Yeah, it feels so god, had my old "not so dirty nine" out for a 100Kms ride the other day. Back roads have no snow now, but still plenty of sand, better be on alert.

Yes that is correct, all that white stuff along the road is SNOW! 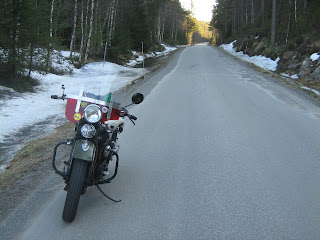 Finally it feels slightly positive owning a 48 Panhead, its getting re-born.
This ol girl is now black as ebony, hence her new name Bessie, which we do know and remember, uh? 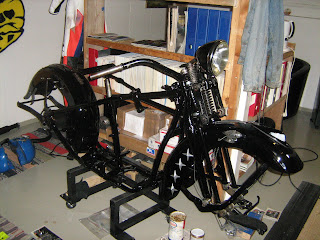 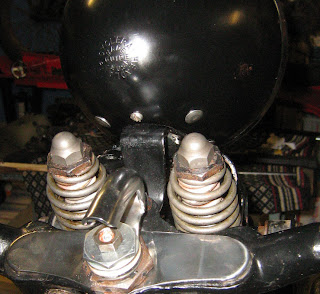 AND, why the Fu"¤# do I need to replace a bunch of Phillips headed screws from my 100% correct Cycle-Ray headlight copy???? Oh dear, stuff like that interferes with my digestion and make me drink more alcohol. 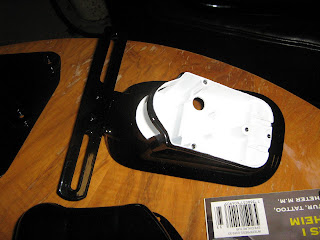 My original Guide Thombstone is going to be sooo sweet when coming back together, I will forget "Cyclewarehouseonline" ripped me off big time with adding a huge shipping fee on a NOS lens bought on e-bay and that the "TED" made bezels dont fit an original lamp and lens, thank god J&P have one that does.
Lagt inn av American motorcycles kl. 17:50 2 kommentarer: 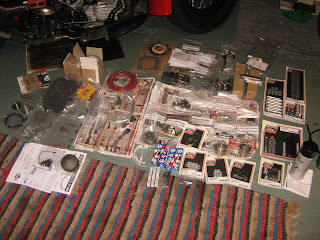 It is an amazing amount of parts needed to build an engine, not to forget how many parts it is possible to wear out in an engine without a major breakdown.
Lagt inn av American motorcycles kl. 10:56 Ingen kommentarer: 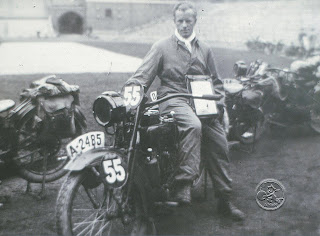 Its hard to point out if one competitor is better than others. Ernst Vaumund was without doubt ahead of most of his competitors, and he had a finger into most major races in Norway trough a decade. And not to forget, thanks to his efforts Harley Davidson was ahead of any other brand in the Norwegian race scene during the hectic twenties.
Ernst worked as a salesman at Sørensen & Balchen until an early retirement, becoming their best seller ever during his career. When we know Harley had chosen S&B to be their official representatives in Norway we understand why Harley did well on race tracks too.

Above is one image from ISDT in 1923 where Ernst and his brother Christinus was a part of a strong Norwegian team.
Lagt inn av American motorcycles kl. 10:24 Ingen kommentarer:

Back in the days, like "yesterdaze", cool dudes who were riding a cicle wore a wool jersey. The very cool ones with enough funds would buy their jersey from an accessory catalog released by the maker of their favorite motorcycle.
Some tend to think motorcycle jerseys were fashions of thirties, forties and fifties. Oh no, motorcycle factories like Harley, Indian and others offered their brand jerseys from the late teens.

A motorcycle jersey have multiple functions, it will keep you warm, stylish and not to forget it could tell what is your favorite brand cicle or what gang you feel belonging to.

These are universal needs, both in time and place, get yourself and or your mates one, riding season is coming closer day by day.
Frequent guests at this blog will remember I can get you a jersey from Fred at De-luxe jerseys, I`m very pleased with his products and service from a number of previous supplies.
Any text or number could be choosen, check out Freds homepage.

Some Norwegian bike riders from yesterdaze and their jerseys;

Macke Nicolaysen wearing his Harley factory jersey with patch as do Bjarne Fosskaug even at a picnic (OK he rode there), both Jac. Hansen and Fr. Dieseth two more twenties Norwegian race aces wear their jerseys with pride and finally Mr. cool the ACE driver Alf Granheim wearing an all white one which make us believe there are no mechanical entertainment in owning such a bike.

Both Macke and Bjarnes Harley jerseys are found in the excelent book on the theme of yesterdays motorcycle fashions by Rin Tinaka, its sold out from the editor but frequently found on e-bay or amazoon.
Its hereby recomended as a must have book in your collection. 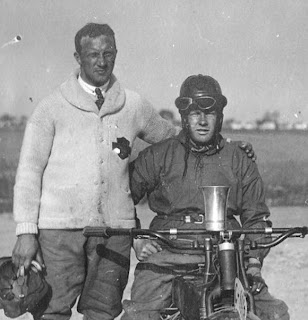 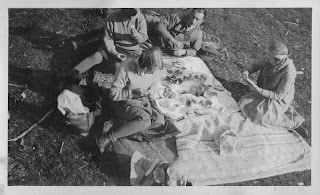 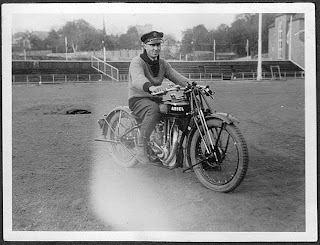 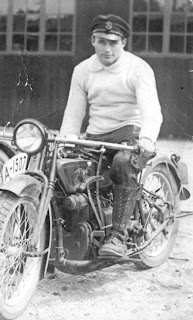 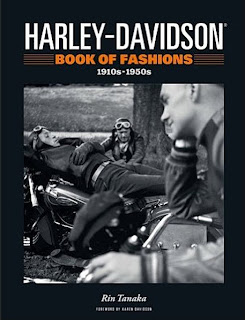 Previously the Bjarne Wist story have been published in a couple of mags, now there was time to present Nic. Lunde, one of Wists competitors in the Norwegian racing community back in the early days.

If by any chance you are not a member of NVMC you missed the paper copy that was published a couple of weeks ago.
Unfortunately this is Norwegian only, any other language spoken need to have patience when waiting for an English translation. 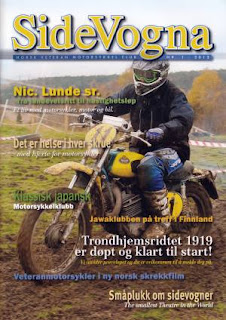 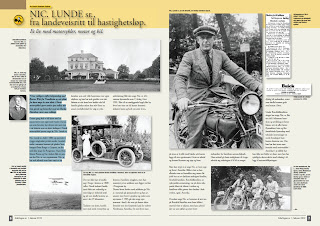 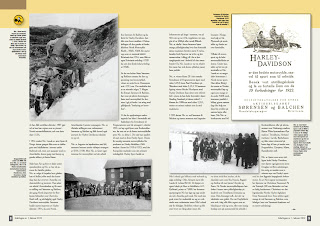 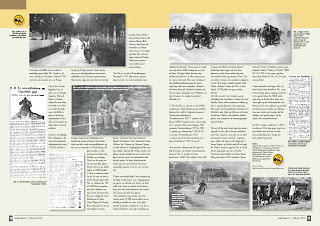 This is a rare picture indeed, pictured is one of very few female motorcycle racers from our past. I found this picture last year when I visited the son of a Norwegian motorcycle hero, this to copy his fathers photo album, its only identity where the name Dagny written on the back.
Little did i know that young Dagny actually had been a lonely flower (Uhm, well there was actually one more, Mimmi whom we will get back to later)competing in Norwegian motorcycle races such as Korktrekkeren where all other motorcycle riders where male.
When I recently read trough a newspaper coverage of the 1927 Korketrekkeren uphill race I suddenly became aware there was a mention of Dagny the female rider.

Dagny, for sure had I read this name before, frenetically searching my files to find the location of my Dagny picture.
My curiosity rising towards high level, finding the surname of Dagny in the coverage, thank god it was not Nilsen or Hansen as this would create a bunch of work.

A couple of hours later I spoke with Dagnys niece, a cool young lady aged some 80 years.

She told me Dagny had been her crazy aunt when she was a young girl, swearing like any man could ever dream of, hence her nick name "Oh damned it Dagny".
Its kind of cool talking to an elderly lady telling you the secret of Dagny not winning her class in Korketrekkeren 85 years ago where the fact she had tuned her own engine, this in despite (according to her niece) her lack of mechanical skills.

An older Dagny, having ended her motorcycle career, moved to live all alone in the Norwegian mountains where she hunted, fished and harvested what nature would give.
This gave her a new nickname, "Queen of the mountains". There should be no doubt on her capability to hunt, at age 15 she got her first rifle from her father, this according to her niece.
For sure have Dagny been a tomboy of her time.

To read more on Dagny, check out a piece of ART made by an young female relative having her own blogspot site. 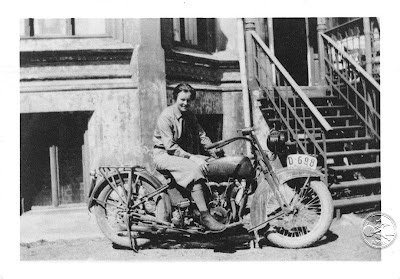 Those familiar with this blog know Macke Nicolaysen from previous posts. His younger friend and NMK mate Jac. Hansen we learnt to know in the recent Glostrup race posting.
Below is a picture from the Danish magazine Motor = Speed in 1924 where they present the danish audience for the their Norwegian racing friends; Macke, Jac., Herman & Alf. The two later we know from a previous post too, where they are shown posing on their inline four Henderson & ACE sport solo.
As the information is growing on those gentlemen & their participation in the Glostrup races in 1924, I now realise the later picture is captured at the very same spot as where Macke & Jac. pose in Motor = Speed. We can even see Herman Oppen in the back ground of Macke & Jac.

Thanks a lot to Jørgen Lind, a Danish motor historian for this cool information. 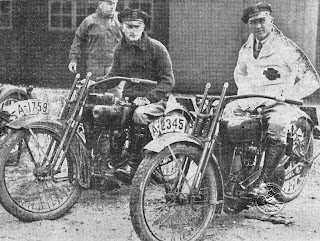 All them cranck pins needing torque

Every home should have access to a modern programmable plasma cutter.

A while back I made this little (well it aint that small after all) tool allowing all them cranck pins to be torqued without having to worry how to secure the cranck to the bench.
Its made with holes for both Panhead, 45" and J model crancks, in the pic the long bolts are placed in the J slots, will stay underneath when using the smaller ones for a Panhead cranck or vice versa.


Wonder why Harley didnt keep them small holes in the same line to the cranck center on various models? 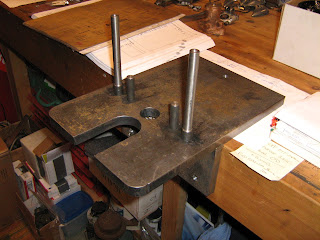 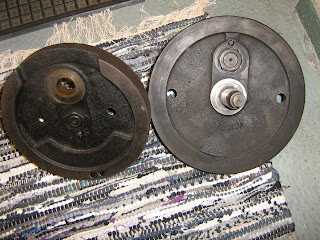 Still working trough the last bunch of pics found from the Scandinavian 1923 ISDT rally.
One of our Norwegian motorcycle heroes, Knut Espedal rode his Harley Davidson 61" (1000cc) in a team with 3 other Harley riders, Oscar Wiger, Ernst Vaumund, and Eric Mathiesen as well as one Indian run by Bjarne Wisth, oh yeah we know he was soon to convert from Injuns to Harley.

Knut did very well in the 1000cc class, according to relatives he held the lead trough out the rally, except from one heat where he lost control and got a head injury as well as a broken arm.
Did the accident set an end to Knuts participation in the race? Oh no, he soon flied the hospital to find his team mates had got his bike back to fit and continued the remaining heats with great success. 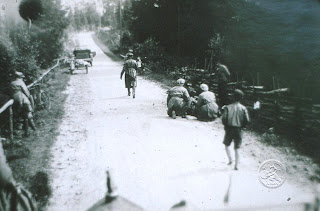 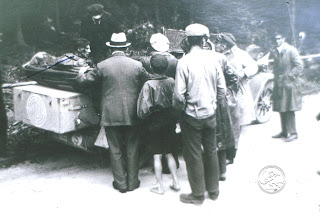