Havent posted in a while, no old photos no nothing.
Have been to damned busy with showeling snow. Will it never end?
Passed 1 Meter snow this weekend.
When will spring be able to get rid off this lot?
Global warming, say no more.
OK.
I admit there have been other stuff than snow too, I have been overhauling my BMW (yes, correct) motor that have served me for more than 10 years without trouble and I have removed the Henderson motor to replace the shaft for the clutch throw out fork.

Removing a Henderson motor is not as easy as it sounds, it is shoe horned into the damned bike.

Here are a few pics of Henderson progress: 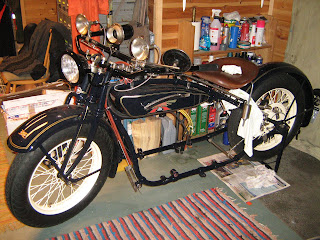 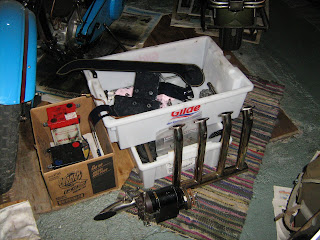 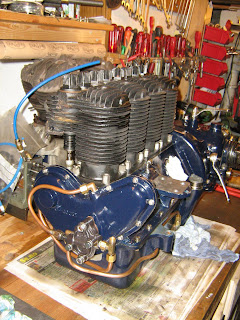 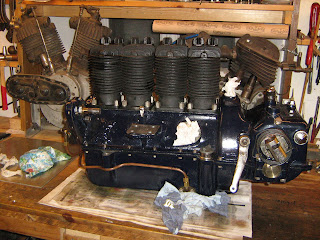