Another photo of Herman and a Henderson 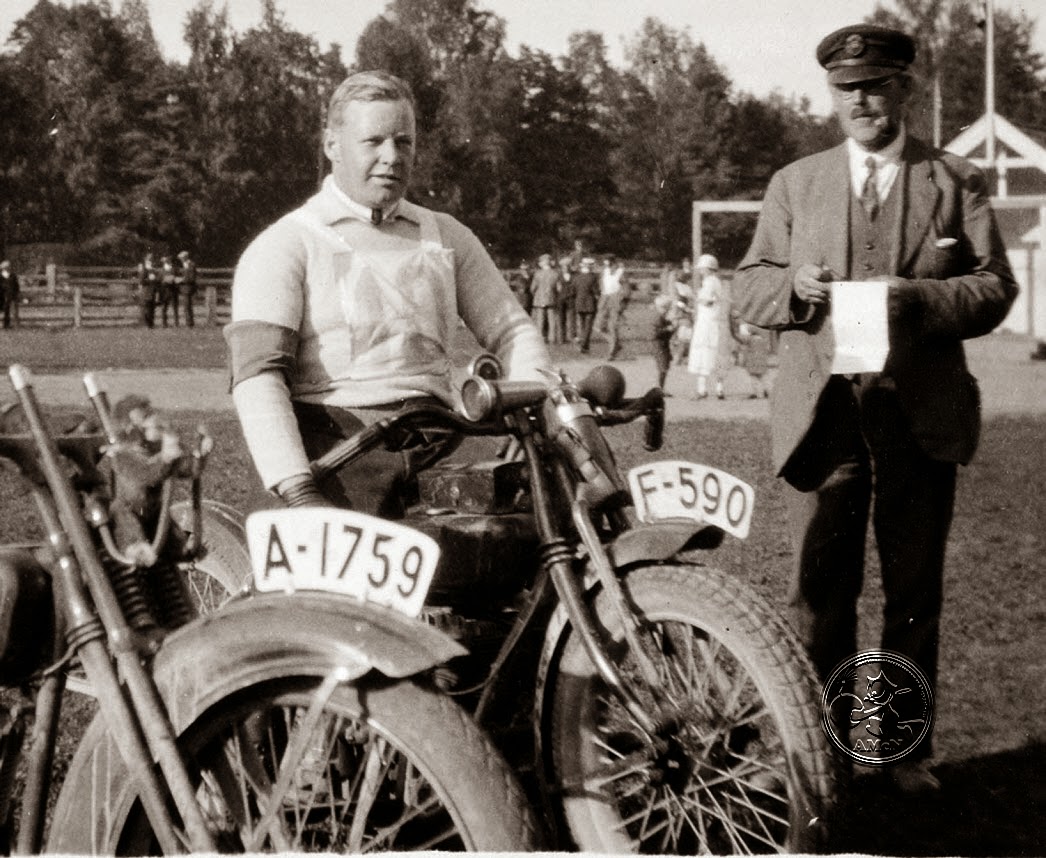 I think Herman and his Hendersons is the most featured guy in the AMcN "Pics from yesterdaze".
No wonder.
From my studies I find he must have been quite a personality, and he was totally lost into Hendersons and owned many of them through the years.
I consider Herman as my Henderson mentor even if he had passed away many many years before I got my De-luxe, it is like if I know him trough all my photos.
When I in June ride my Henderson in the Trondhjemsridtet I will keep in mind Herman did the same thing several times, on Hendersons.
Could he, I will too.

Above is a cut from what I find a damned cool photo, taken at a local race in Drammen where they raced at the horse race track.

There are so many cool details in this clip, in example the special roadster handlebar on the Henderson. WHY dont anyone repop those, I would love to own  handlebars like this on my bike.

Then there is the chopped front mudguard and the beautifully enameled NMK club logo on the handlebar, unfortunately partly hidden behind the ball horn, and there is also one winged wheel from the Swedish SMK, a sister organisation of NMK.

I DO really really want to get hold of one such winged wheel from SMK, anyone got a spare to share, shoot me an e-mail!

Another cool detail is the monkey that is keeping a firm grip to the headlamp rods on the Harley next to Herman. Such good luck talismans was so popular on any motorbike in the twenties.

A-1759, OK we know its a Harley. The observant reader should by now know who this bike belongs to, if anyone know let me have an answer and I might post the entire capture, maybe.
This guy not seen is a hero for quite a few of those into the "other brand" bikes, the red ones.