When I look out the window I can tell for sure the riding season have come to an end, for now. Its raining as if there was no end to it, and yesterday we had some of  that white stuff coming too.
Ouucchh!

What is good though with this crappy weather, time is there for hibernation which in practice means get some work done in the man cave. There are plenty of projects in need of attention.


Last weekend I was fortunate enough to get to buy another motorbike, as if I ever needed one more, some would have said!
Well I had to have this last one. The odds to get get an original paint 39 Knuckle with two previous owners and 100% documented history and sold new in Oslo, nope I reckon this chance only happens once in a life, and this was now.

I will get back to this later, for now I quote the Enthusiast Sept. 1938 issue proudly presenting the 1939 models;

"SAY, these 1939 Harley-Davidsons are beauties! The best ever!"

Cutdown project again gets attention, got the final braze done to the frame, have been working on shorting the fork and getting the fork rockers done.
99% of old "halvtopper" fork rockers found have been used with no grease in the bushings, hence they have been so loose in their fit they have ruined the the rocker plate where it is to move towards the rocker stud.
Made a jig where the fork rocker aligns on two studs, one a press fit, the other loose. This make the finished milled surface 90 degree aligned to the bushing hole and allows for a 0,1mm fit (in and out). Makes the fork feel tight which improve the entire bike when ridden. 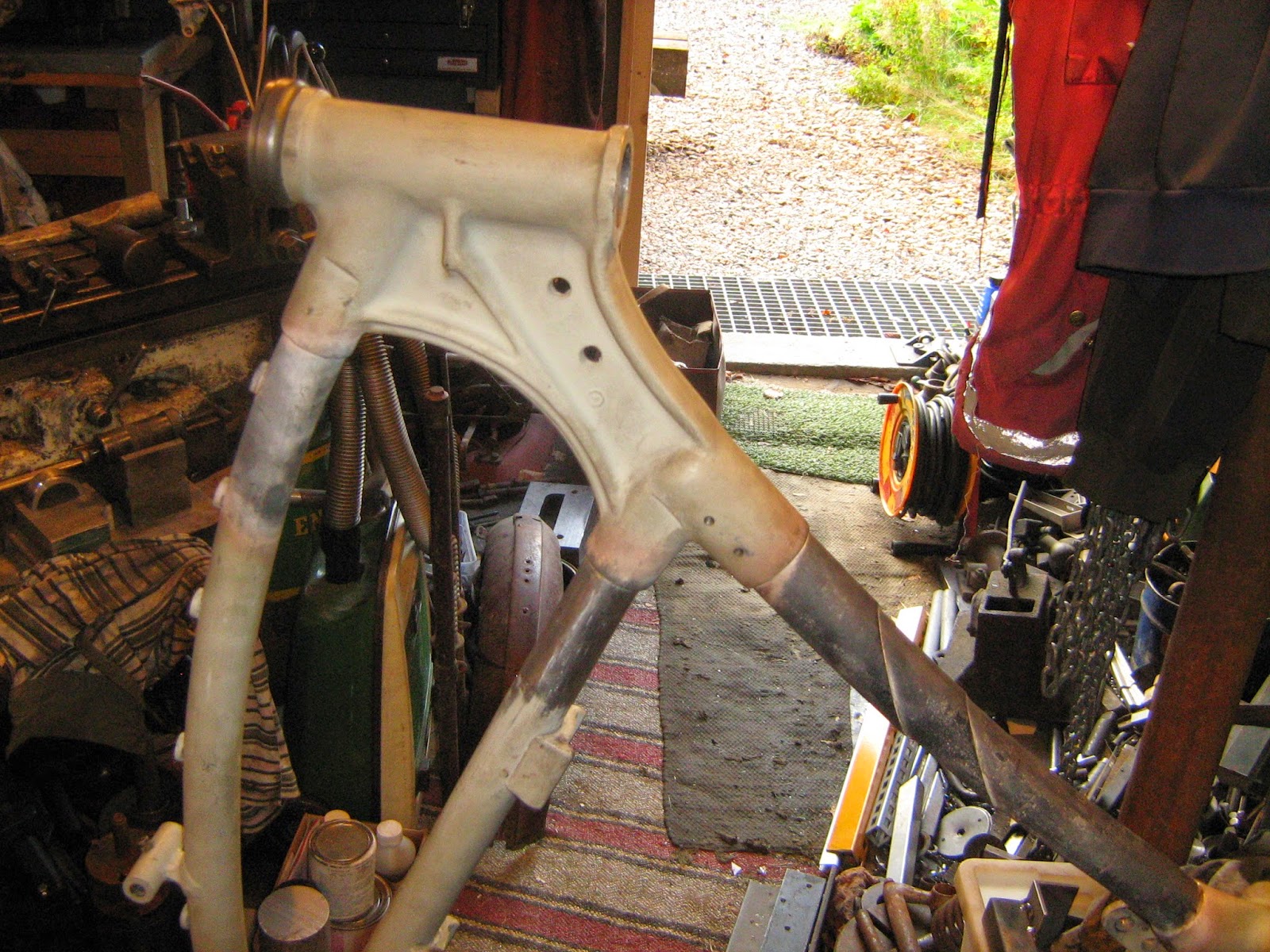 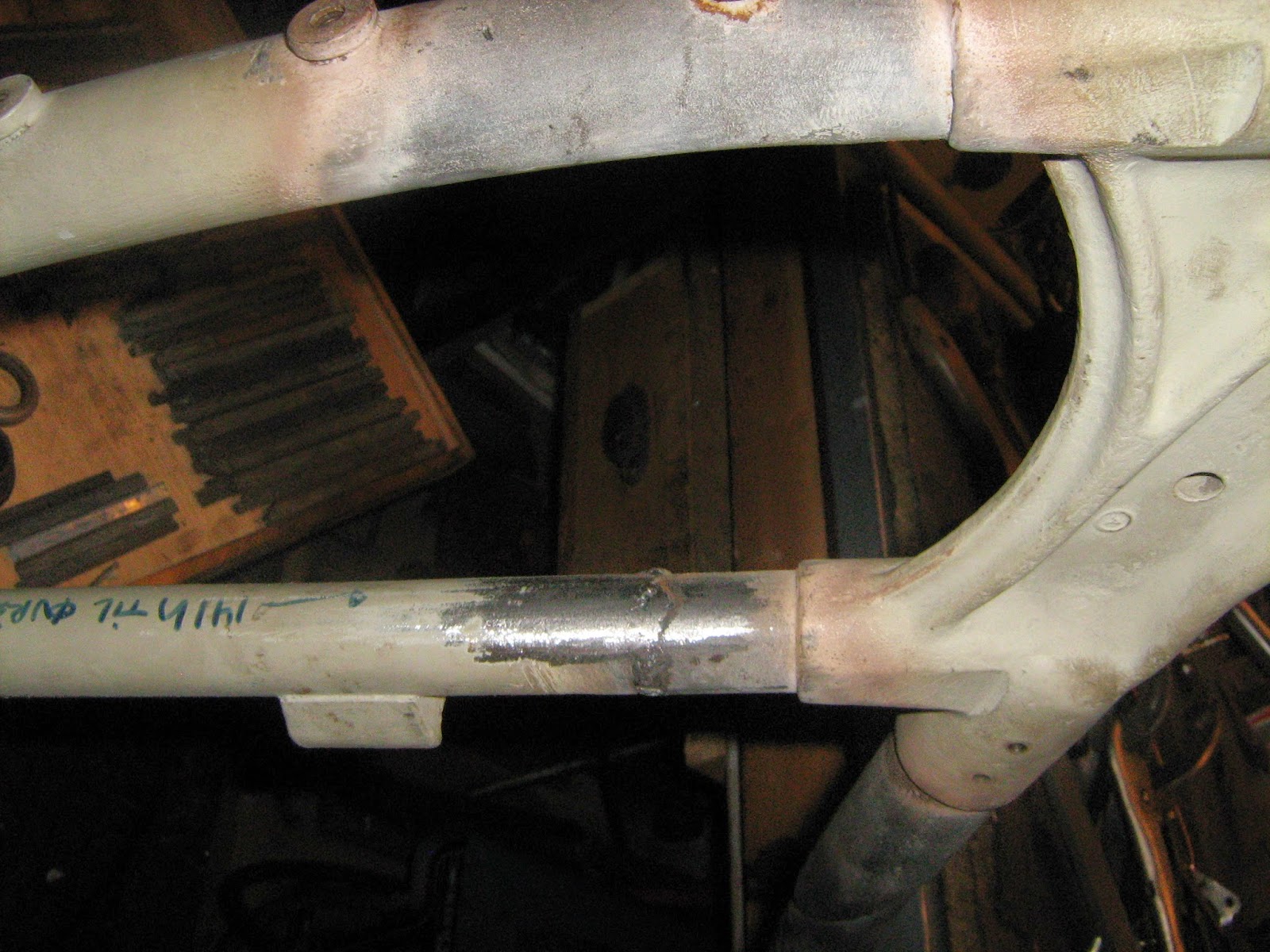 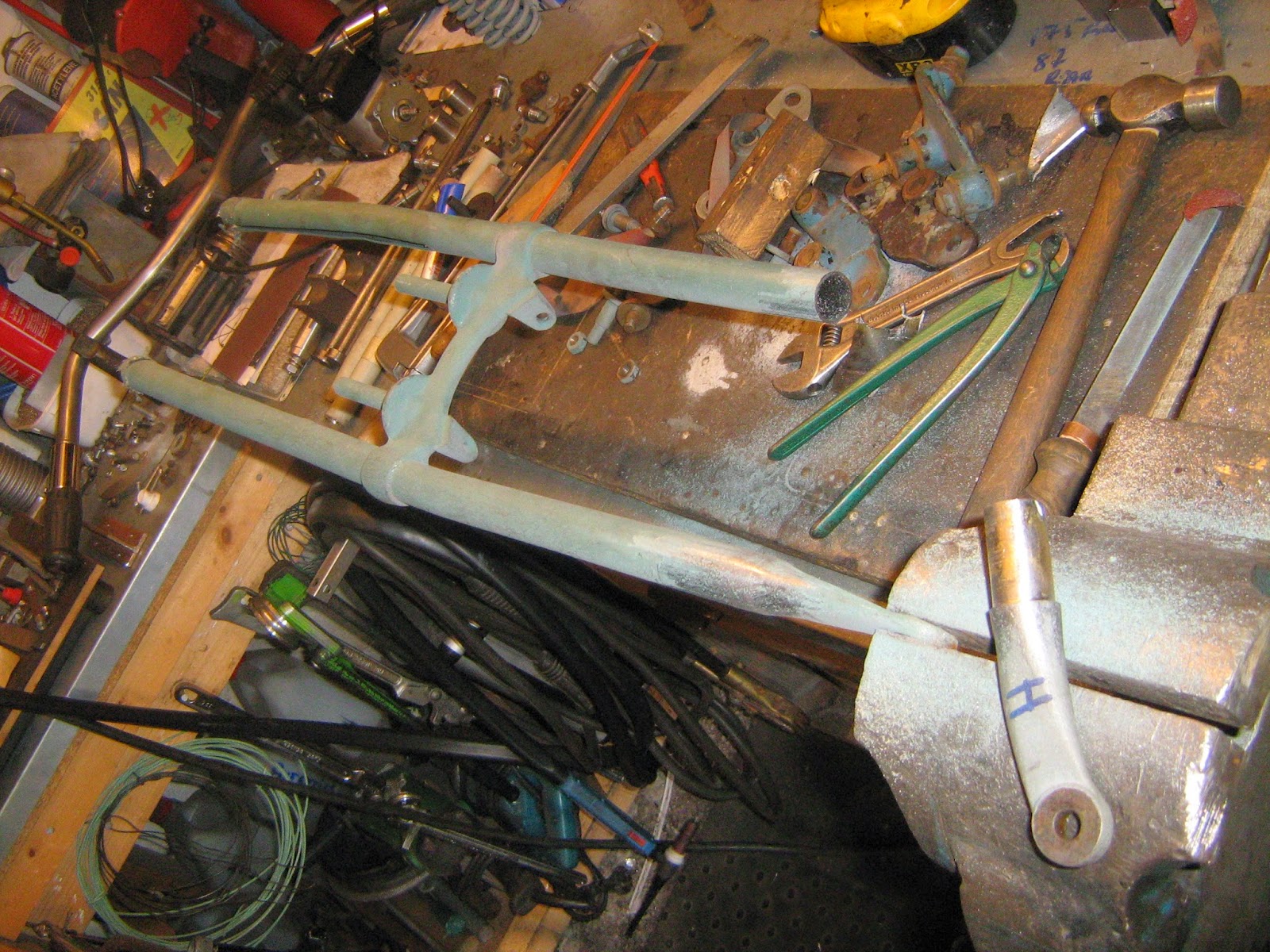 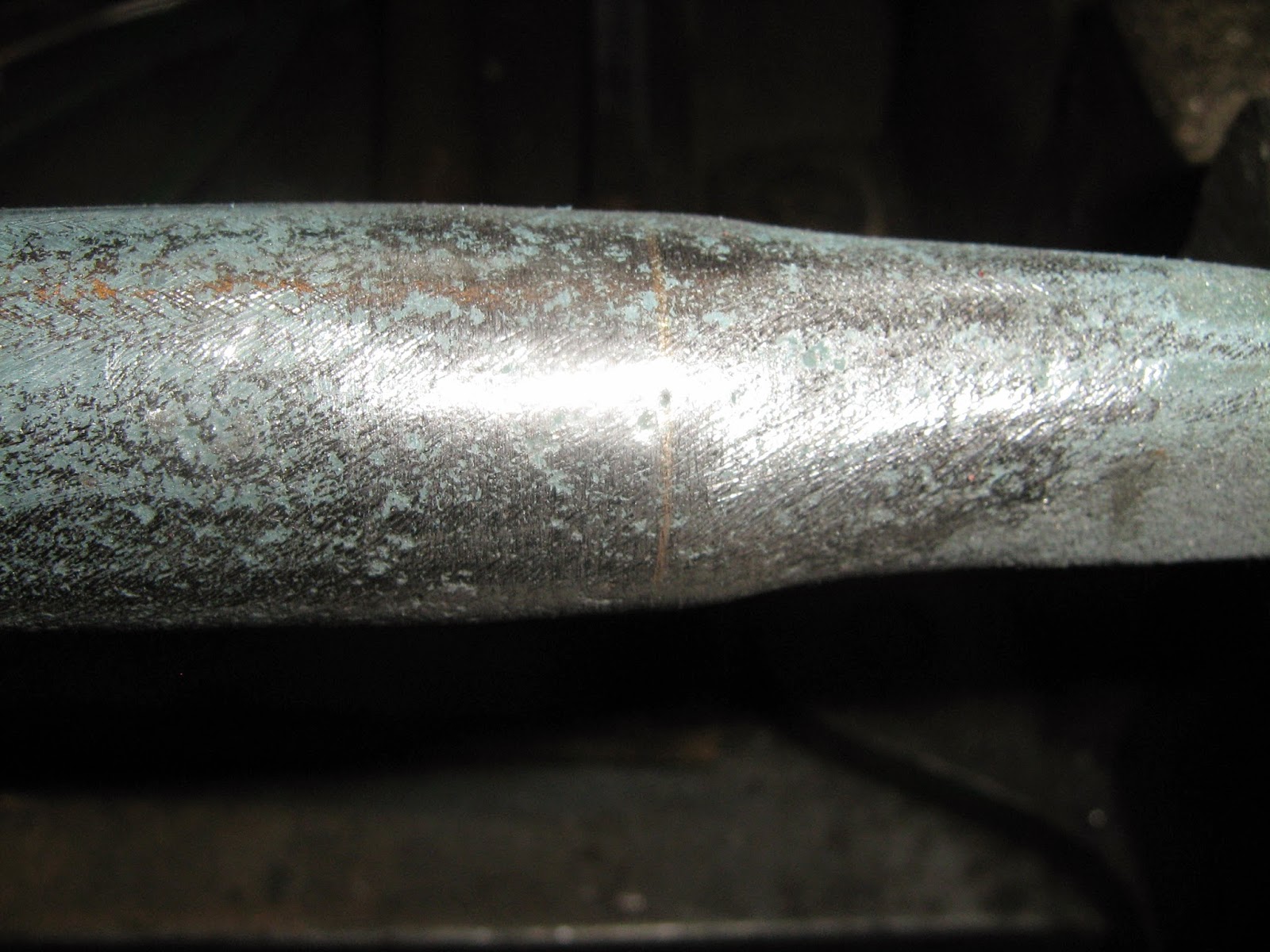 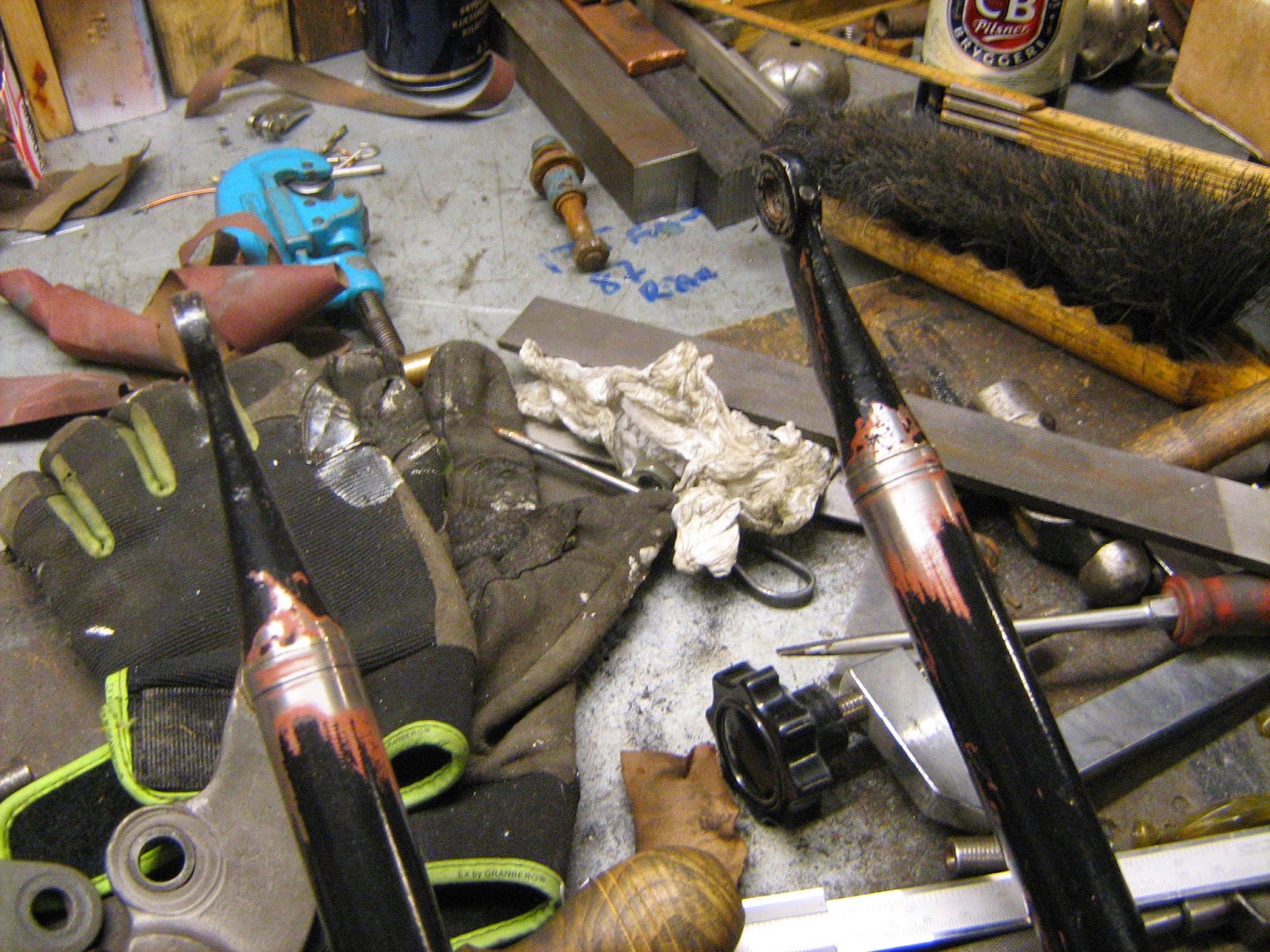 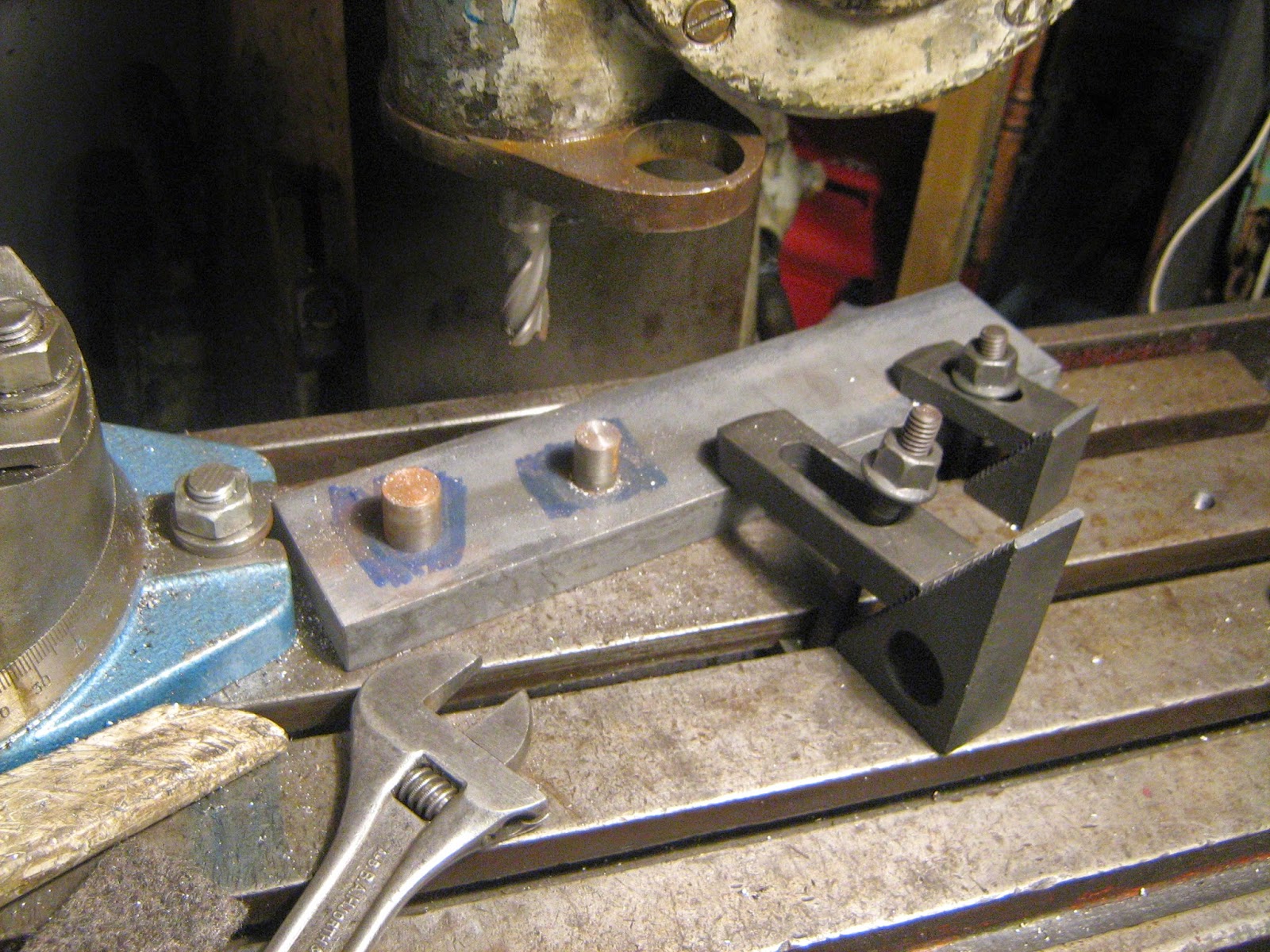 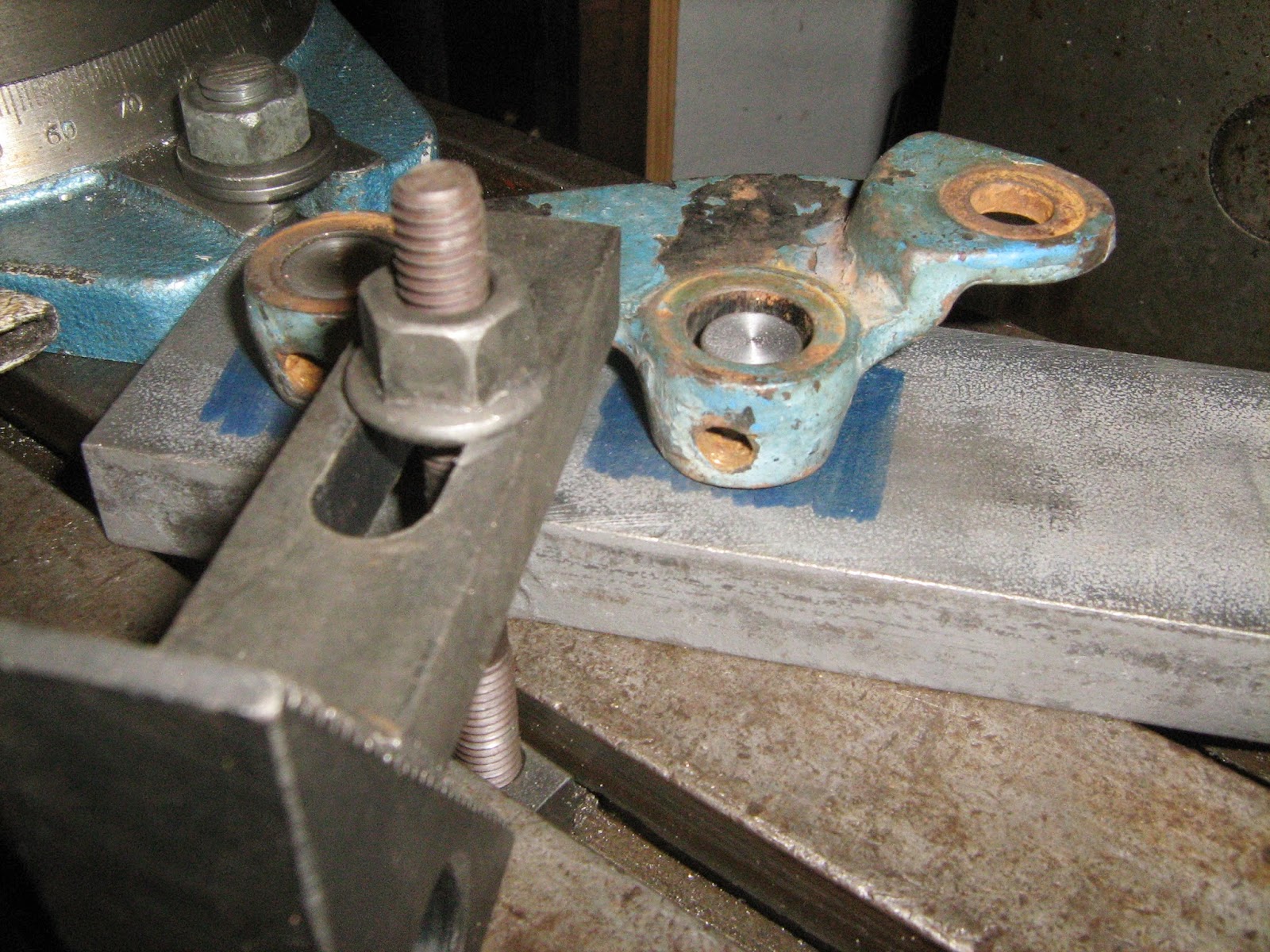 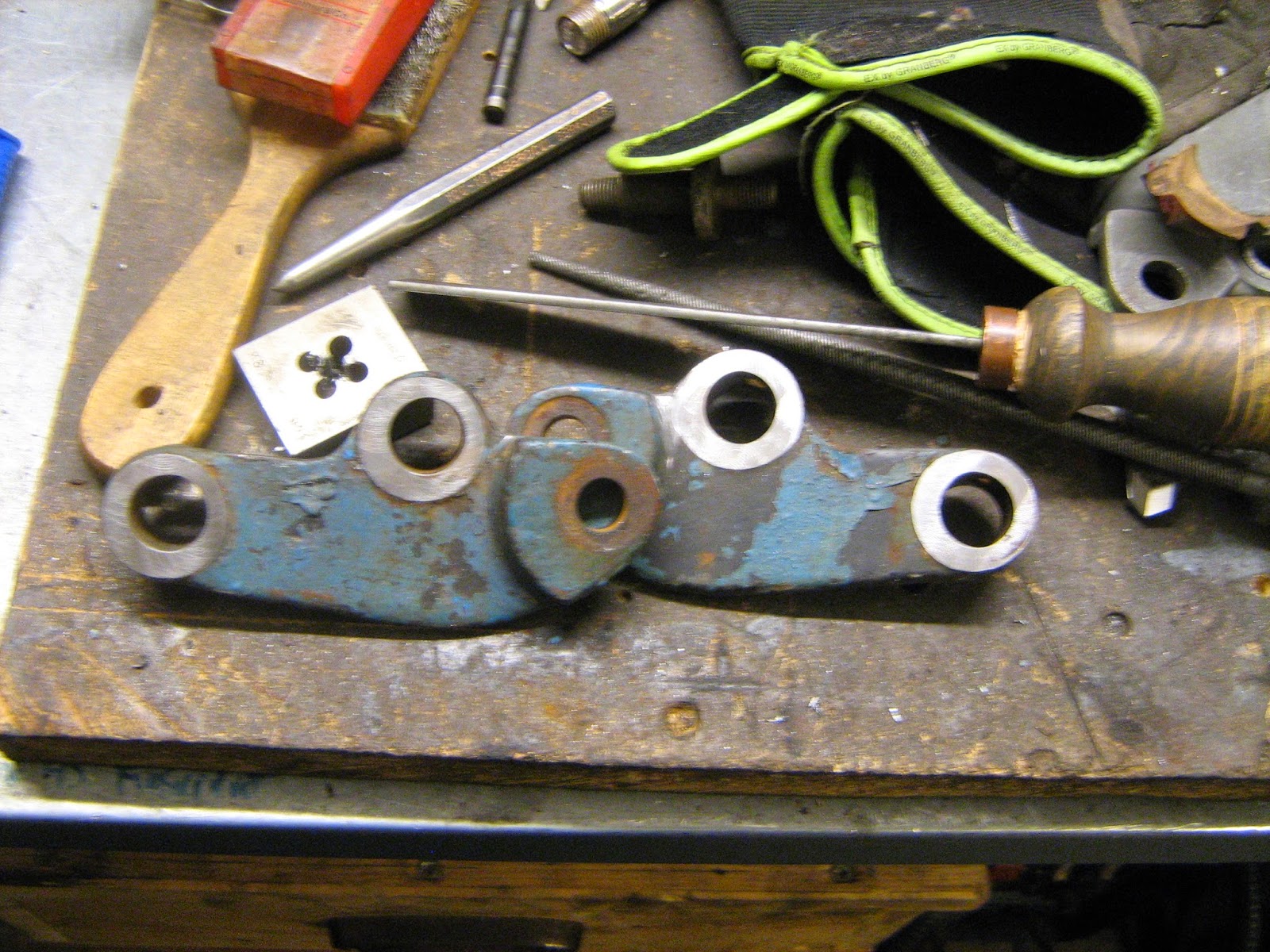 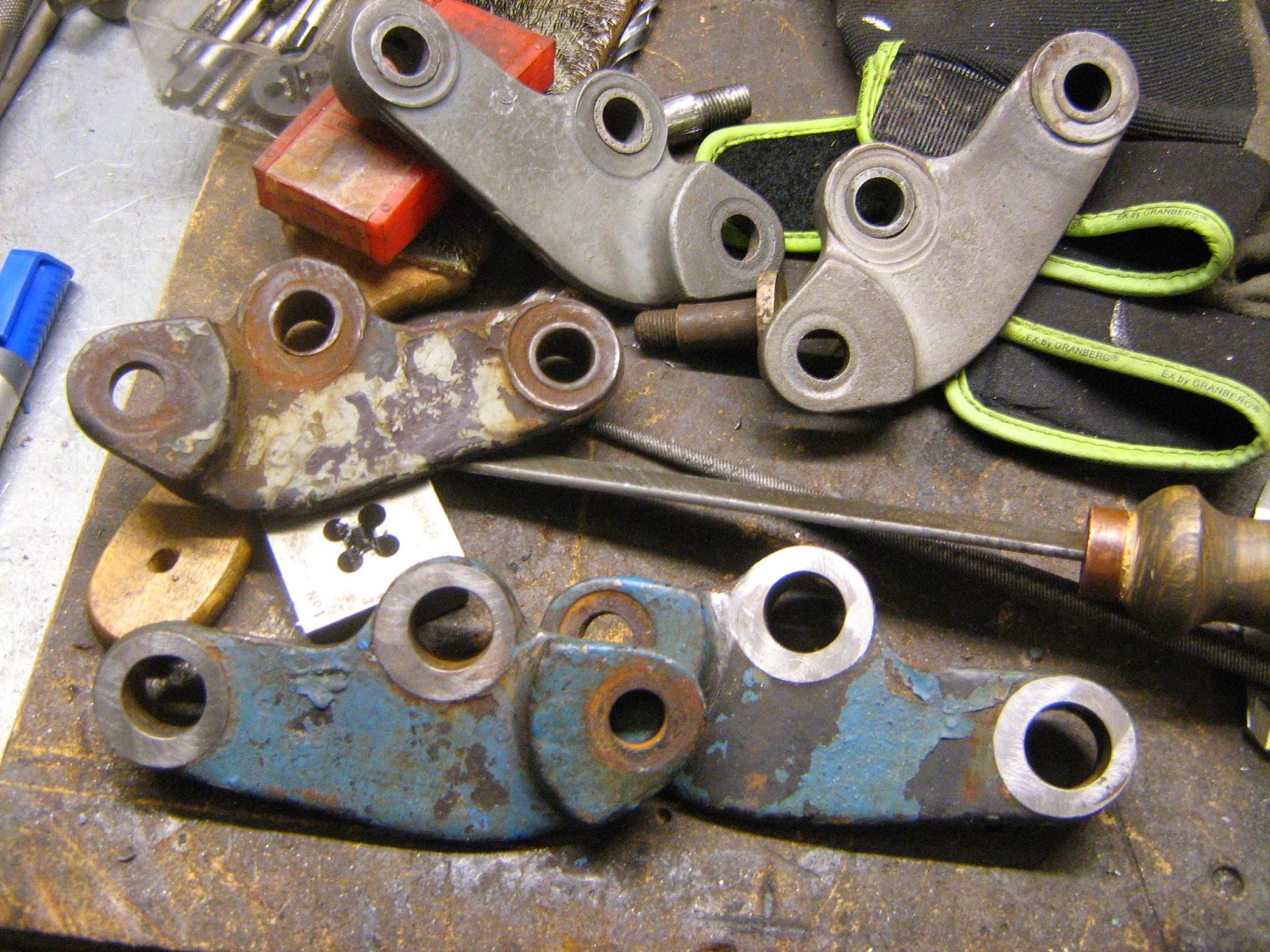 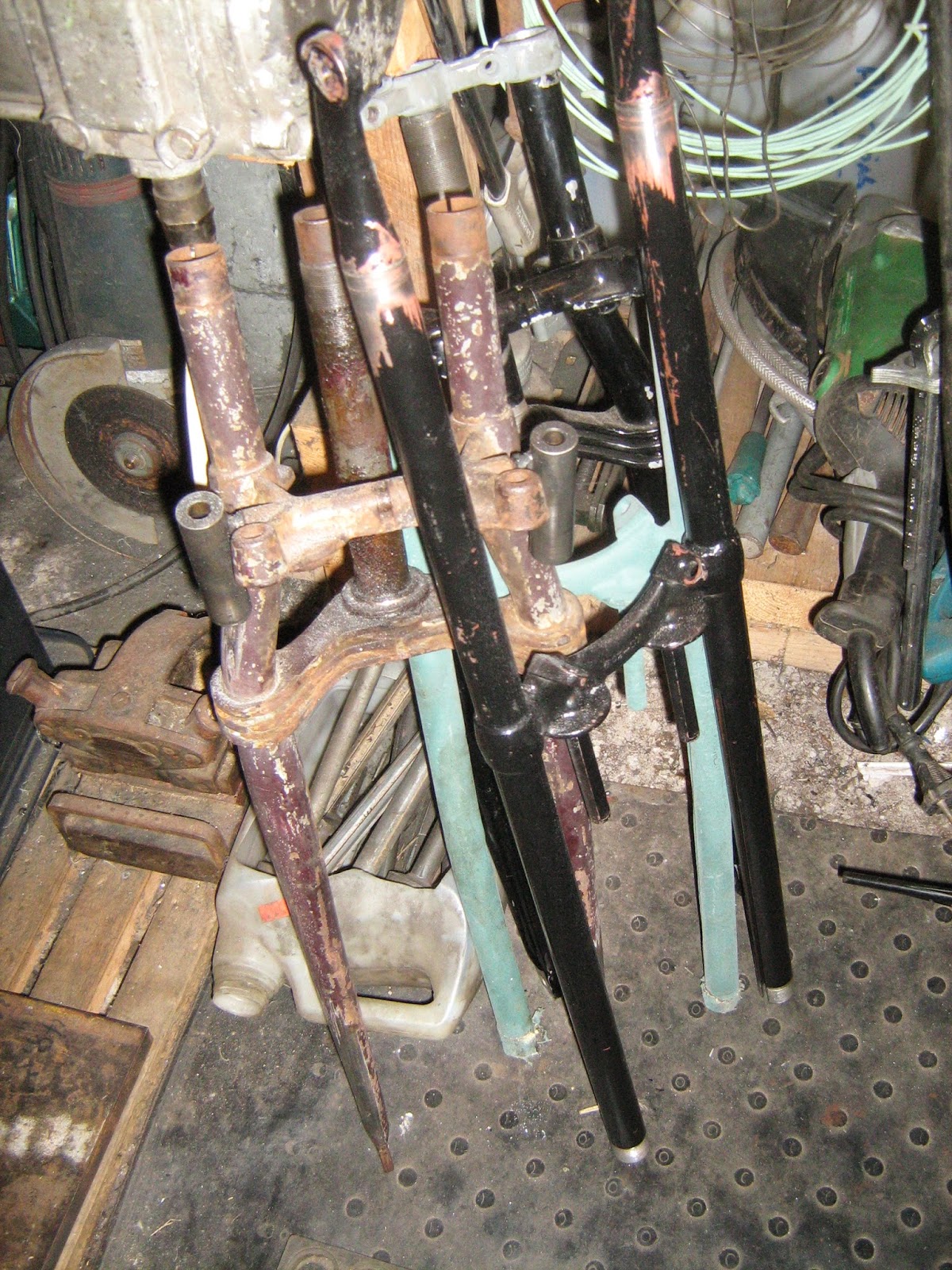 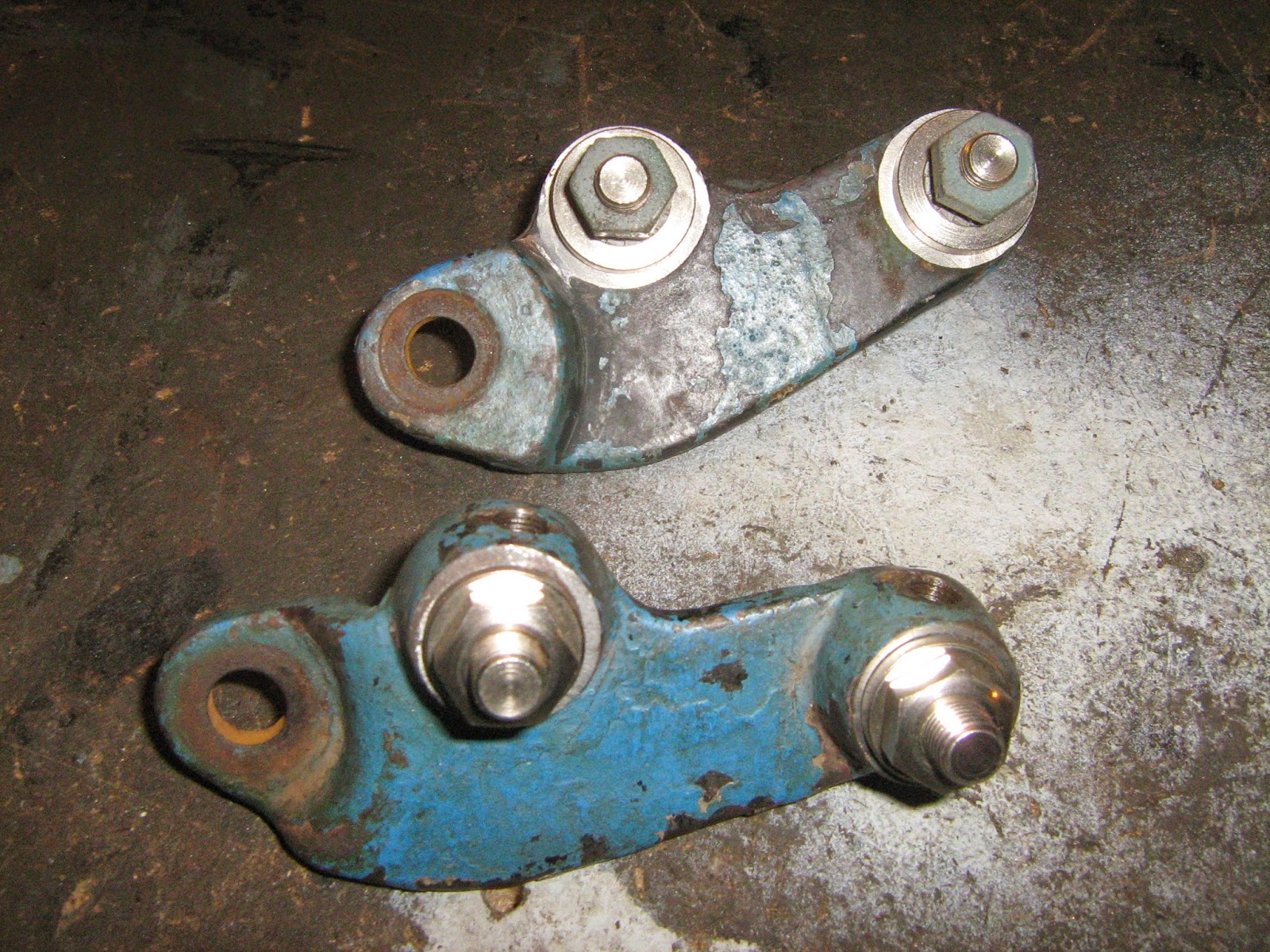