Good people, audience of this blog.
Meet Trygve and his Indian Power Plus.
Trygve, born in 1895 traveled to the US in his younger years, he lived in Chicago and worked as a carpenter.
Maybe he got influenced by motorcycle addiction whilst he stayed in the US? I think so because motorcicles where rare in Norway in those early years when he departed for the US.
Trygve returned back to Norway just in time before the WWI broke loose. He settled his new home in Lillestrøm, and started to work with Strømmen wood-outlet. We can assume that Trygve did well, as he after the first great war had ended contacted Sontum & co. in Christiania to order a brand new Indian Power Plus.
Trygve was a true motorcycle enthusiast and rode near and far on this Indian for years.
I found those pictures by coincidence in an archive on the www, where they had no information, just a name of the rider. I was lucky enough to get hold of Trygve`s grandson Vidar, a keen motorcycle rider himself (it might be in the blood?). He have been kind enough to give us the information to follow the pictures when presented here.

A cool detail is Vidar had not seen any of those pictures except from one before, and they amused him as much as they did me. 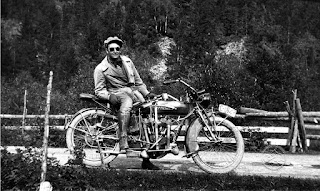 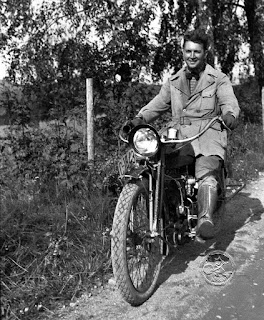 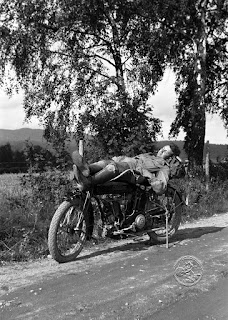 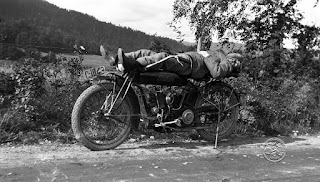