I while back I got a number of e-mails with some interesting old motorcycle race photos from Svante in Sweden.
Svante working in Aftonbladet, a major Swedish newspaper was obviously more into high resolution scan of old pictures than I had ever dreamt being as I got a bunch of pics in the size 18 Mb and up.
Whow did my mail server have a hard time in loading those pics.

In addition to the photos presented Svante had a great story to tell which will be shared with you on this blog, just hang on with me.

We need to step back in time to the year 1973 when Svante hitch hiked from Søderhamn his hometown in mid-Sweden up north to Boden.
Svantes goal of the trip to pick up his grandpa Nestor`s old twenties Harley.
We can just imagine Svantes face upon arriving being told by grandma the bike that had rested for almost half a century in the roost was recently sold of to the local scrap guy, price 150 SEK.

Svante never got his grandpas bike, but he have his memories on Nestor and a bunch of old film clips from twenties when Nestor raced the bike on ice in the Boden area, setting several speed records.

Here are the words on Nestor as given from Svante;

Grandpa nestor was a tough guy.
Born back in 1888 as a poor farmers son Nestor joined the army young to get away from the curse of the marsh peat.
Nestor had natural skills with horses and was very athletic. He once beat the head of his regiment, count Gilbert Hamilton in a saber battle by horse.
The count did appreciate the young athlete and had no hard feelings.
In 1912 Nestor was part of a team winning a gold medal in gymnastics in Stockholm, tough he didn’t get his medal as he became seriously ill soon after and almost died.
Nestor lost his first family after WWI and this got him to travel north ending up in Boden with the military police force there.

And that is when he won in the lottery getting enough money to both get a driving licence as well as buying his first motorcycle.
Nestor was soon recognised as a speed demon in his area, claiming to the day of his death he had the standing speed record on the route from Boden to Luleå.

Nestor and his motorcycle buddies started competing on the ice during winter, Nestor once stated there was pure luck anyone of the guys ever survived those years.

On his way to propose to what would become Svantes grandma Nestor went over with his bike as he tried to shoot a bird when driving.
Om mormor blev så imponerad av fjädrarna som stack upp ur sidovagnen när han kom fram att hon tackade ja bara därför har aldrig blivit helt utrett.
Grandma never liked Nestors riding motorcycles, she never new if he would come back in one piece.

Nestor always brought his pistol, a gun and a bottle of liquor in his sidecar when riding, the liquor became just hot enough down there.

Sunday 4 December 1927 was a seriously cold wintersday up north, there was loads of snow on the ice at Svartbytrasket a Boden lake.
Nestor and his race buddies where fit for fight and had arranged a day packed with race action for their audience.
A film crew where on the location to memorise any speed records, which they got. Again Nestor set a new record, this one never to be forgotten as it was captured on film from where those photos are scanned.
Nestor got a copy of the movie from a mate working at a local cinema, he loved holding those clips towards the light to see the action, pictures one by one.

Getting more children Grandma Rut told Nestor to stay away from racing and the bike was parked, to finally end up in the roost. Still Nestor occasionally to the day of his death in 1972 started the bike to listen to its sound bringing back memories of forgotten fame.

And then we are back in 1973 again, young Svante on his way to Boden to get fresh air in the tires of grandpa Nestors old bike then driving it back home, not as rut had done the deal of her life getting 150 SEK for the old junk, didn’t she do well?

Today Svante can laugh of the incident, not at all then.
But he have the photos still.


Having seen the photos I could tell Svante Nestors bike had not been a Harley but a Super X from 1927. No wonder Nestor was fast in his racing days, the Super X was the superbike of its day, it might even have been ordered as a hopped up super sport model, we can just imagine.

Thanks for words and pics Svante.


30.06.2011;
The bike parked in the background on the 5 pic from top and down is a rare bird indeed, a Swdish DS. Made in a limited number from 1924 to 1927 by David Senning a Swede known for racing with motorcycles in the twenties. A Swiss MAG engine in a Swedish chassis. 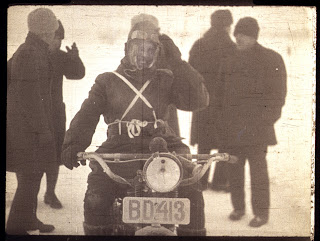 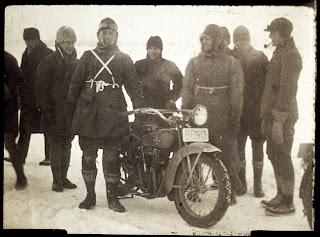 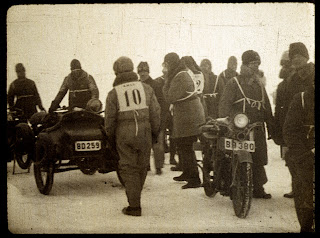 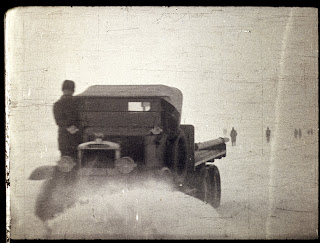 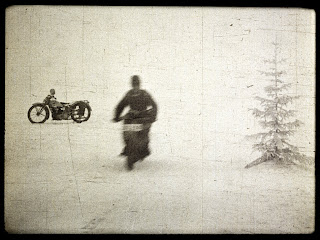 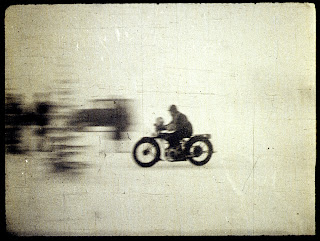 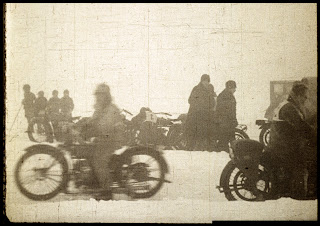 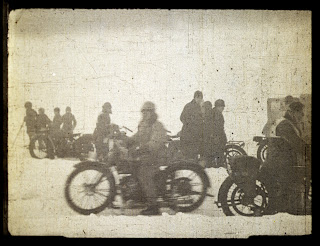 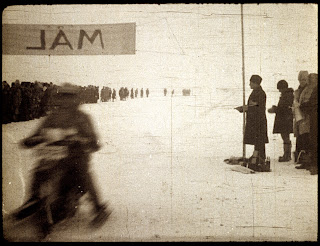