Erik came by my place just before I left for the Castle Run, well its this Panhead for sale at Finn.no he explained. As his 45 projects are still, ah in the blue ? he wanted a bike to ride.
When I learned what bike he talked about I said, run and buy! And so he did.

This Panhead is a former Islandic Police bike that was restored in Norway like 10-15 years ago.
Its been for sale at several occasions trough the last couple of years, of some odd reason its not been sold, even at a fair price????

Now its with Erik, he aint afraid of using his Panhead and I look forward to future rides. 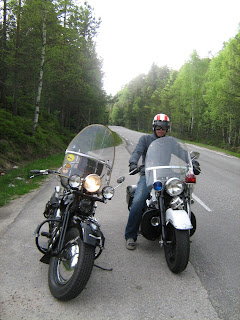 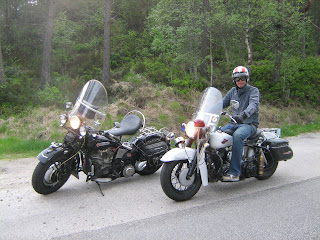