Holy cow!
For sure, time pass by fast.
Leaving for work is hard when the sun finally shine bright day after day.
Everyone interested in riding a bike should be granted 14 days continous good weather during each summer.
It should be a human right!

Finally found time to get my Henderson back on the road. Remember, I got my magneto rewound, condenser swapped and more.
Did I feel any difference?
YES, YES and YES. The old Hen is stronger than before and starts even when boiling hot.
Thanks Thomas, you did great with that old Simms.

Its so great to ride the Henderson De-luxe on country roads, gravel or paved roads, makes no difference, its one of the most easy handling bikes I have ever ridden (modern ones are counted in). Its easily ridden trough a curve steered by the knees only, no hands on the bars at all.
Going 50 Mph is the ideal average speed, hills are thrills, none less.

Just before leaving for work I had a great ride out with Peggy. She rode her rigid sporty, and I tell you she had a hard time to follow the Henderson on the gravel roads, I am allowed to let you know.
Brakes, ahhum, planning ahead is a necessity even if the Henderson have a fully floating rear brake.

We went off from my shop at early after noon, when we came back 160km`s had been ridden. 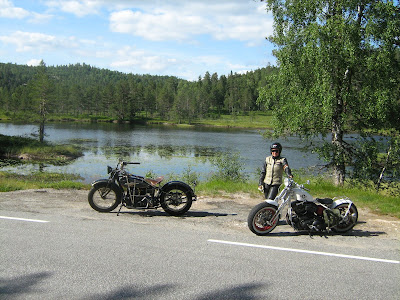 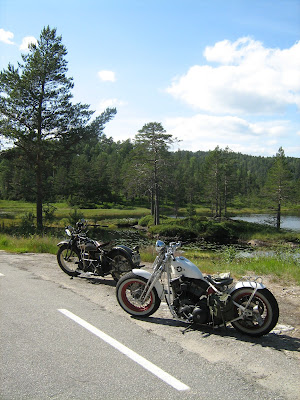 Crossed the Brokke-Suleskar mountain pass, riding Bessie my ol Panhead girl.
Unfortunately not much snow up there, still I managed to collect enough snow at a roadside stop to make a couple off snow balls.
Guess who was hit by at least one of them? 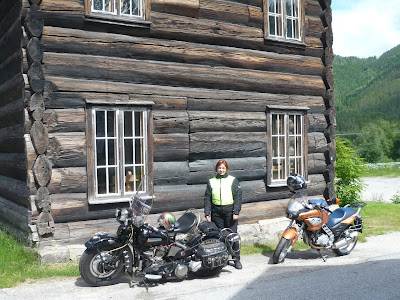 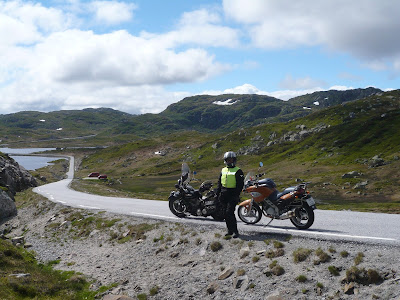 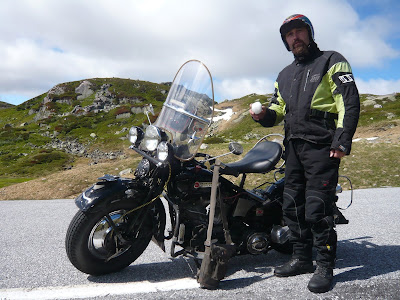 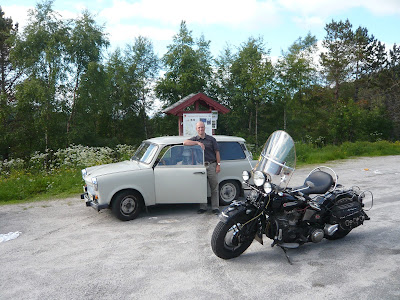 On our way back we meet one great guy from the former East-Berlin, on tour in Norway with his Trabant car. Even if ol Bessie had allmoust double engine capasity, as well as four stroke engine the "Trabi" was in fact rebuilt to carry a bed and a small kitchen as well as all food and gear needed for a months holliday, whow.
Nice to know the two stroke Trabi used the same amount of gasoline pr mile as Bessie does.


During this time of the rig, I volunteered to take care of my grandson (age 8) for a week.
As Bessie have a buddy seat I thought riding with the two of us would be an easy match.
Uhhhm, not so.
I felt like riding on the tank, even if my grandson is pretty small, still we both enjoyed many many hours out riding, throut fishing and stops for a swim.

On one of our rides up the valley we came across a group of gearheads, not bikers, no (well there was actually both a Chinese and a couple off Russian bikes there) these guys where playing with old WWII vehicles, all sorts including a tank and a couple of canons.
We ended up spending several hours at their camp and we met some great guys that I have never known before, their meet was pretty much like most bike meets, beer, booze, lying and stories.

Eh, well the way they dug a channel in a marsh might have been a bit different. 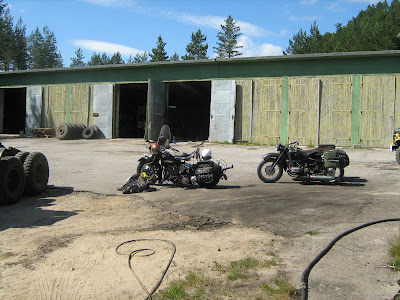 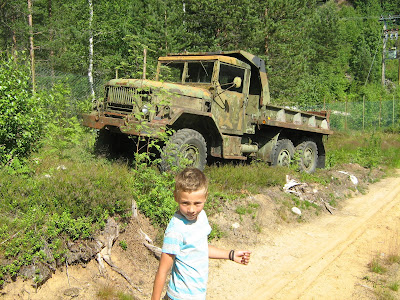 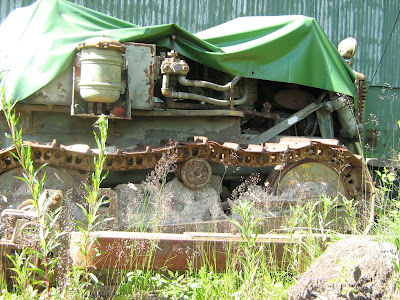 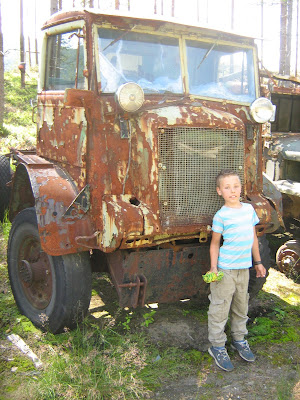 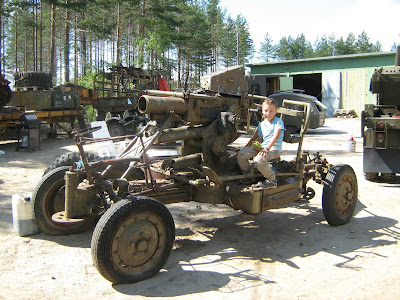 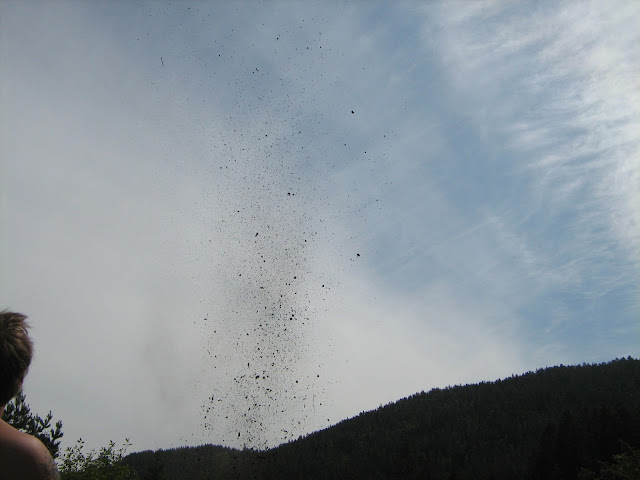