Later model F Harley IOE engines came with the ZEV model American Bosch magneto. In later years when parts became hard to get for the American Bosch , some replaced those with later type FFV.
The ZEV models have a height of 45 mm from center shaft to mounting base, FFV models have only 38 mm.
In addition ZEV mounting screw holes have different locations compared to a FFV.
Trough the years I have found several IOE engines where the right side case is molested at the magneto mount, or there have been some sort of crap spacer made in order to mount a FFV.

I have a couple of nice FFV 45 degree magnetos and I decided to build a proper mount for the magneto that is to be used on my cutdown motor. I made a mount permanently fitted to the engine case, still the magneto is easily removed or adjusted towards the timing cover. 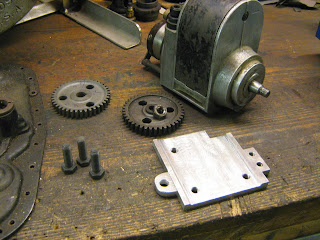 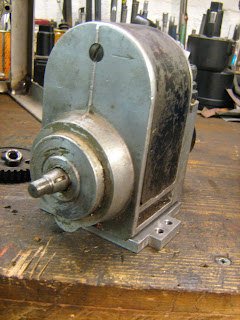 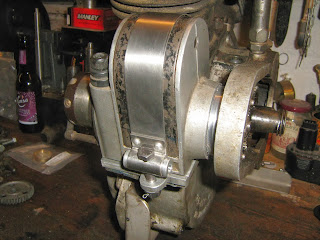 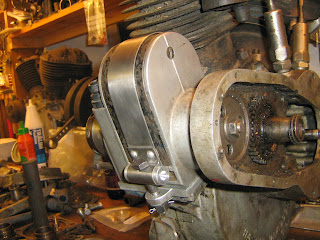 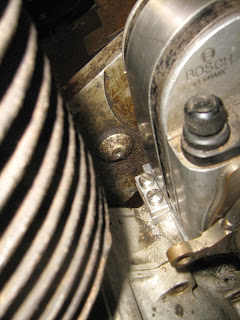