Some weeks ago I realised I was able to join the annual Swap meet of AMK for the first time in several years.
Its OK with those local swaps as you never really know what will surface as well as I`m pretty much having the scene by myself for what I`m looking for (hey that showed up to be wrong this time).

Got up 0600 Saturday morning, just a couple of degrees outside.
Primed the old Henderson wich started easily in the crisp air.
This would be my first ride since having installed spacers to get the inlet manifoild further out from the exhaust system, this to lower the carb temperature.

The swap, like 1/2 a hours drive from my home was allready crowded when I arrived, to find Tor Anders a major pack rat for any thing related to old American Motorcycles was allready there with a big grin on his face. Hey this swap is far off from your territories I tried, in vain.

High lights to be mentioned,
Tor Anders finds ehrrm and his Iver Johnson motor, meeting all local lunatics in one place rather than seek for them, getting voted as best motorcycle attending the meet/swap, spending quite a few bucks on stuff I easily could have lived without and finally a great drive trough winding country roads on my way home with a purring four. 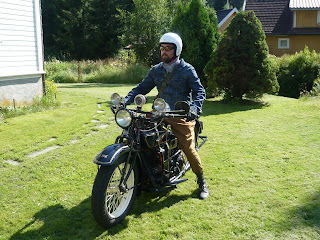 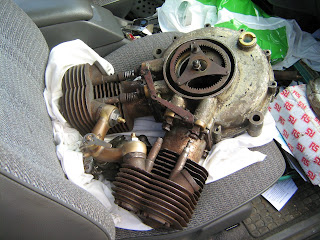 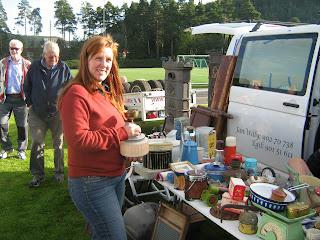 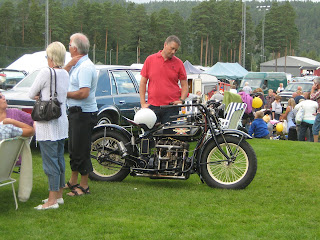