For years and years every first weekend of October have seen a bunch of hardcore touring bikers gathering in the woods at Dalebukta by lake Byglandsfjord to celebrate the end of another motorcycle season. Frost at nights are no problem, just dilute your blood with enough alcohol and temperatures does not matter. I am sure my worst Sunday head aces ever where faced at this event.
Dalebukta used to be a Nirvana for camping with your motorbike year round, dare to say there was no place like it. Dalebukta is no more, local horny developers have battered the place to build 80 luxury cottages, sigh! Again we see there is no such as eternal values.
OK, Oktober treff was for this year temporary moved to a less desert and wilderness located spot in Setesdal and as Sataurday showed up as nice as days before we decided to include this event into our ride.

Sunday morning with ice on the car windows outside soon turned to pissing rain. Snow as low as 4-500 m above sea level. Was this weekend the end of the 2011 season? 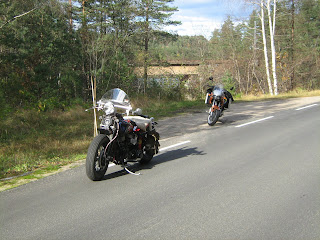 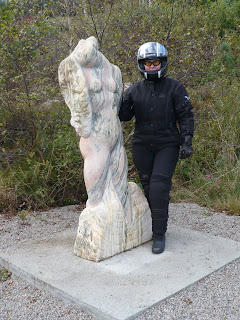 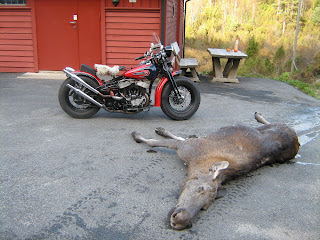 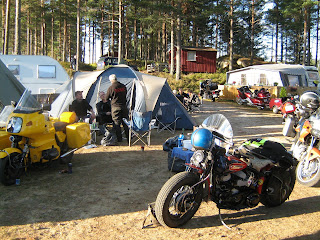 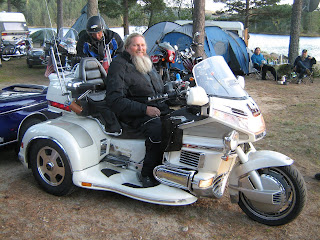 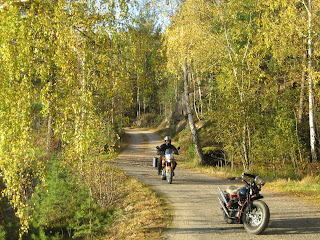