I`ve always dreamed on owning a 8 valve OHV Harley based on the IOE motor. The best would of course be to have a factory job as "Master Erik" Westerberg from Sweden once roared on Scandinavian tracks, this though would be be a very unreal dream as those few "real" 8 valves still in existence is limited to be bought by anyone having very very deep pockets, not at all for an average guy payed by the hour.
Today there is another option in getting a repop off the real deal, a Fred Lange reproduction, wich is still cool as hell and not at all cheap neither, but at least in reach. One very cool bike built on Fred Langes parts is Harry Hackers of Harleysons.de GrosGlockner hillclimber beast, well known from a Youtube video you most for sure have seen before. More on this at the Vinagent blog too.

The urge to own a Harley as those once owned by a handful of men in Europe, like Erik and Freddy Dixon and others have caused some creativity trough time.
One very cool modification have been mentioned on this blog before, the fact that a Rudge 4 cylinder OHV head fits the cylinder base of a Harley IOE motor.
The bike presented in this post was built in Sweden like 40 years ago, not by an average gear head, rather a mechanical specialist, more on that later but for sure it proves anything is possible when you really want to.

In the meantime enjoy on hell of a bike that have not seen the light in many many years. 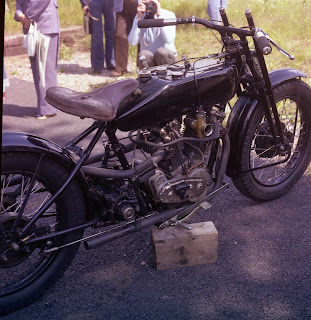 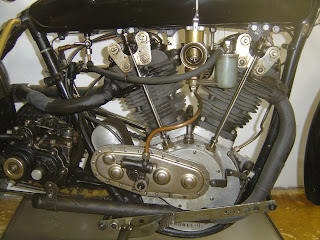 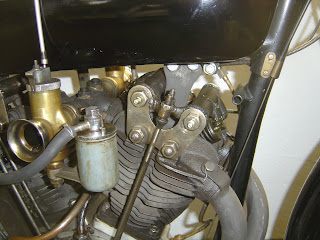 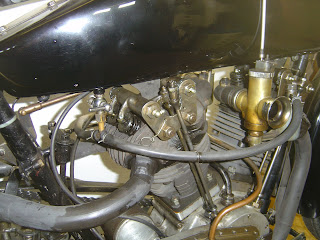