Lucas rally, dedicated to the prince of darkness

Its great to have plans, still they don`t always go as planned.
We didn`t get to the Injun meet at Leira, neither my Henderson nor me, we didn`t feel fit for the fight.

My De-luxe have a magneto problem, that is now for sure. I can ride out as normal for 30 km`s and then its starts performing badly when ignition is advanced, if I should stop there is no way to get the engine running unless the mag have cooled down.

Got to have the Simms C4 re-magnetized, change condenser and rewind the windings, this means end of season for that girl.

Last weekend my good friend Tor "the Harley nut" came by on one of his early electra twins (the other twin previously presented on this blog), he was heading for the annual Lucas Rally, dedicated to Mr. Lucas well known for his genius electric solutions on British quality motorcycles (better bring a flashlight with you).

Having played with the magnificent front brake system made by AMF for an hour (seems to remember we once did that with the other bike too?) brakes where again fit for fight.
Tor convinced me to come along to Lucas rally and as this was just outside the limit of the Henderson`s Simms mag I decided I would ride the Hen to show all those anglophiles a piece US made quality.

Ok, I might be teasing the anglophiles for their choose of rides, but in their favor there is no other group of motorcycle riders with such a high average of mechanical skills (do they actually need this to keep their bikes going?).

As my Henderson magneto acted very much as a fool when I got there, I did learn a lot on magnetos from several guys there, thanks a lot.

Tor where to stay for the weekend, hence the Harley was parked out of sight, me I puffed slowly back on my four, just in time to reach home before dark.

Inspired of the feedback on the Henderson from Friday me and "Panhead Rune" had another ride there Saturday, more visitors and friends came by during the day, even spotted an Injun that obviously missed the meet at Leira too. 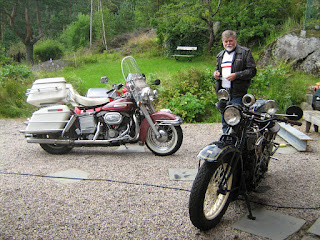 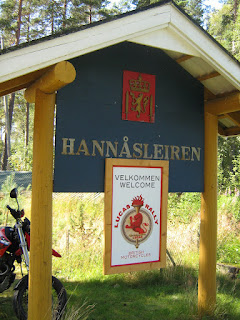 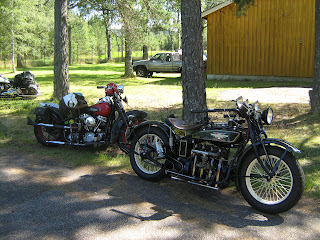 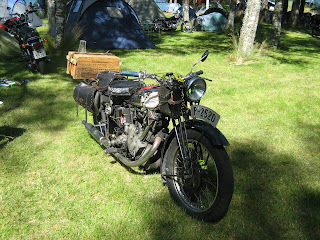 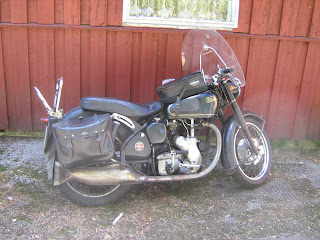 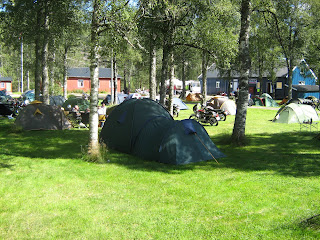 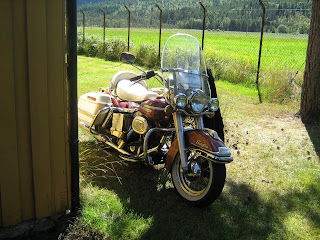 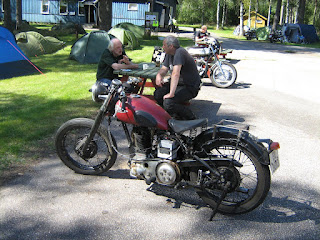 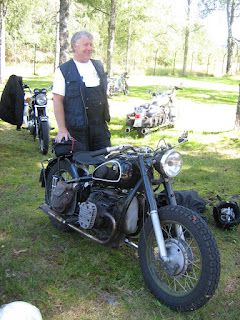 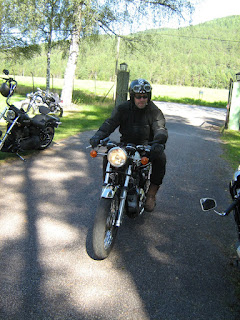