Man O man, got home from the rig late Thursday, having worked night shifts! A couple of lousy hours sleep and I woke up Friday in what was more than due time to allready have been on the road for a while to catch the ferry from Sandefjord to Strømstad in Sweden.
No time to loose, breakfast was easily skipped and packing up ol Bessie was done with the left hand whilst the right one dressed me up.
Rode on the yellow line most of the way to pass the endless row of cars heading home towards east from their hollidays down south.
Puuh!, reached the ferry with a margin of seconds, had to give the ticket lady a kiss to get onboard, I had not prebooked.

The ride from Strømstad to Backamo was easy going, highway all the way down.

Going the entire trip to A-Bombers in sun, whow, it is my first time. Except from one heavy drench of rain Saturday when the hillclimb was to start we had sun the entire weekend.

A-Bombers 2013, a summary in few words;
Old friends and some new, talking bikes and general BS, drinking beer and the ordinary meals consisting of the Backamo noodles.

When heading home Sunday I found my dear Bessie girl didnt charge her battery, hmmpf, managed to get to Strømstad in due time to catch the ferry and I was lucky enough to get a spare moped 6 V battery from a Norwegian riding his 45" Harley WL. This battery was what eventually got me home that afternoon.

The last 100km`s was in heavy rain, no problem, clothes do dry eventually. 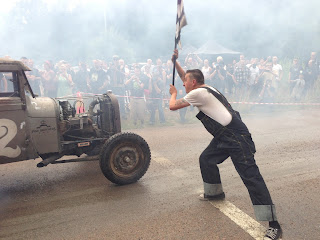 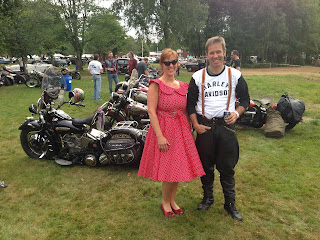 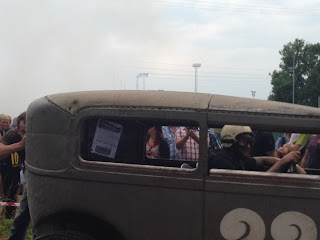 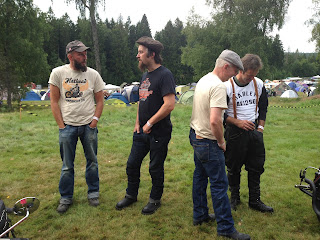 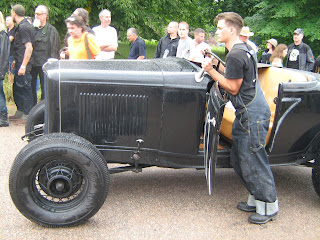 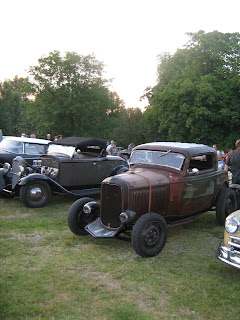 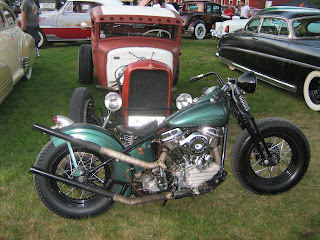 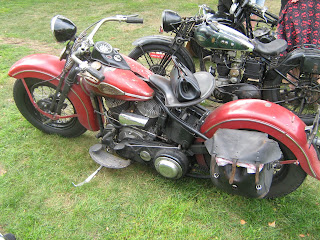 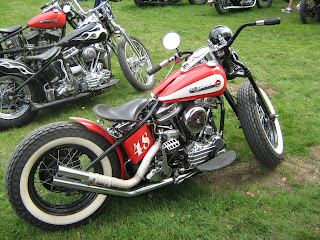 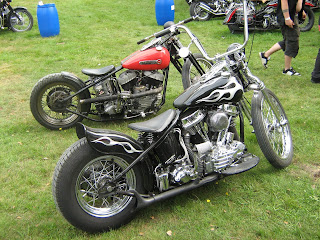 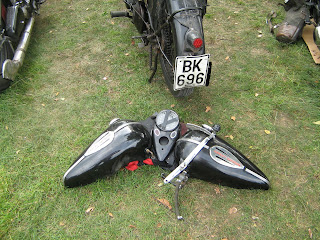 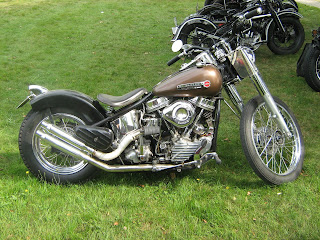 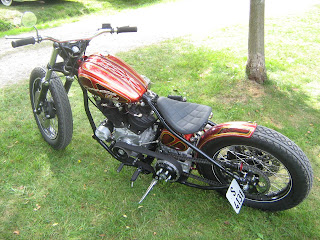 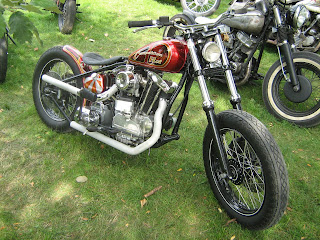 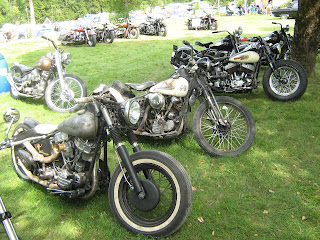 Propeller Lars`s Knuck in the middle 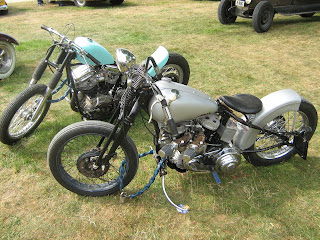 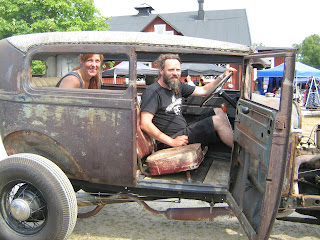 Our transportation to the hill climb, Terjes Limousine service 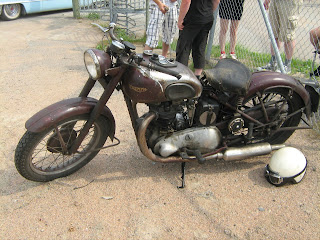 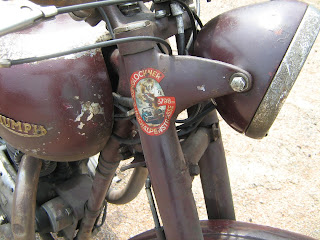 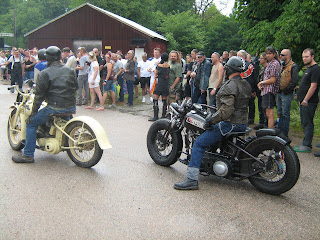 Ready for take off up the hill 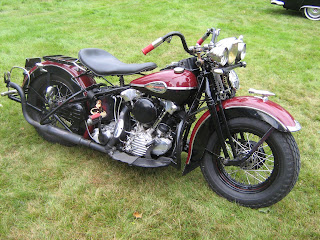 Some gets dressed off, others on 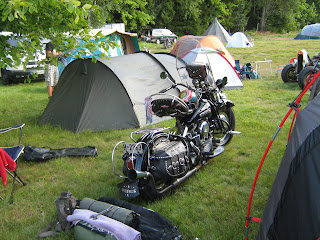