Is blogging supposed to be in a chronological order??

I have realised this blog is necessarily not.

A couple of weeks back the annual AMK autumn swap took place, its not where I expect great finds of old US made motorcycle parts, still you never know, AND I have never returned empty handed.
Went there by Bessie early in the morning, rode in mist most of the way as the sun had not yet risen.
No other bikes were at the scene when I arrived, but several came during the morning hours.

At lunch time I had had enough of old parts`n stuff and rode further up into the valley to visit the annual Kjelverally, a small local rocka`billy event with people from south and western parts of Norway.
Many nice guys and girls there, some cool cars and this year even a bunch of Harleys had found their way.

There was also a short common ride-out where ol Bessie and a group of other Harleys rode on some really small gravel roads.

Rode home in the evening, got home just when the darkness came on. 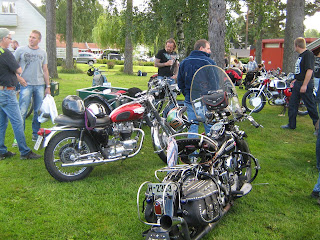 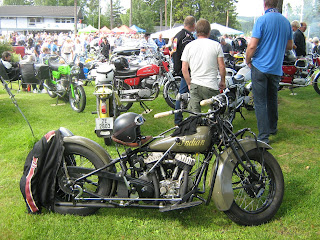 34 Indian Chief, the only other vintage US made bike. 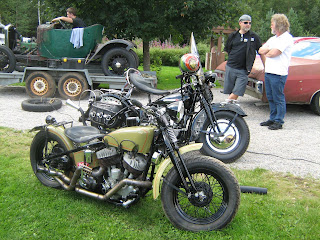 This ULH is different and a new kid in town. 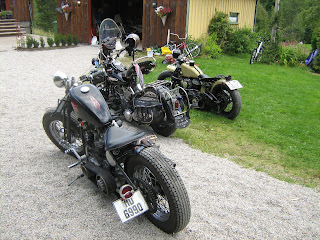 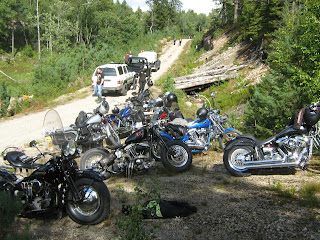 Such a bunch of Harleys is rarely seen out in the woods.
Lagt inn av American motorcycles kl. 09:22