The local AMK branch run a one day event early May every year to start the season. This one came with hail storm clouds and some hails too. On my way home I got into some really nasty hail storms, Arghh! 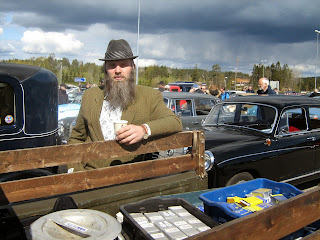 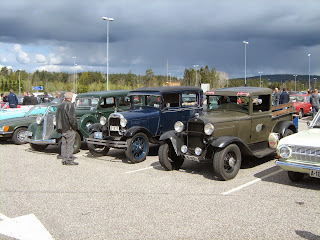 Very few "old" cars, but here are a few of those present. 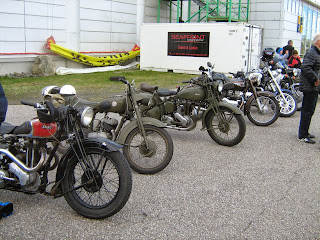 Not to many old bikes neither, but at least a few other than Bessie arrived, as this thirties Ariel Red Hunter and his little brother WN-G, an ex army bike supplied in huge numbers after the world to the Norwegian forces as a part of the Marshal plan.