Imagine, a local event for old cars and bikes came up and the weather was nice!
For sure not have May been bothered with to much of neither sunshine nor heat, but at least the sun was present during my 1 hour ride to Froland verk where AMK Aust Agder had a one day presentation of their vehicles for the audience.
I feel quite confident more people than me was getting a rush from the sun, have never seen so many people at a local event ever.
Nice people, great day and a great ride both ways. 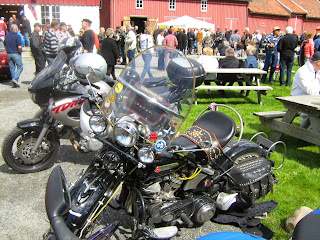 Bessie had to park with the "ordinary" bikes. 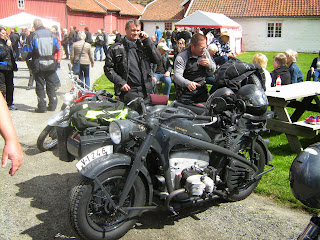 Villy and daughter came by their beautifully restored Zundapp KS 750. 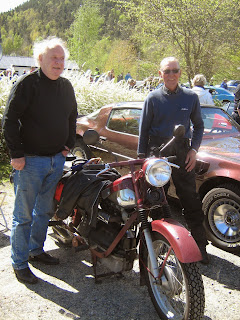 Local heroes and a Danish Nimb. 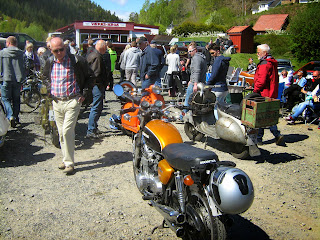 A Classic Honda (OK they actually are quite classy) and one scooter from "The Rivals" gang. 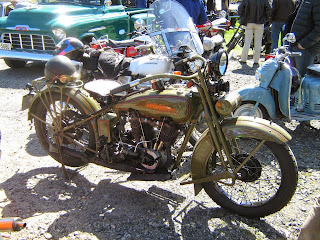 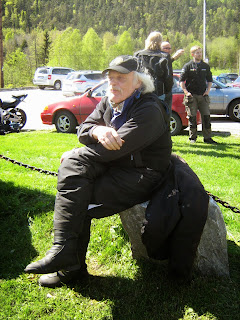 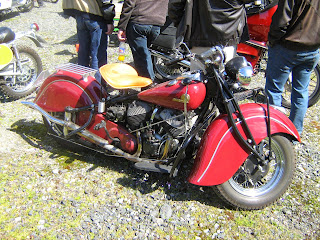 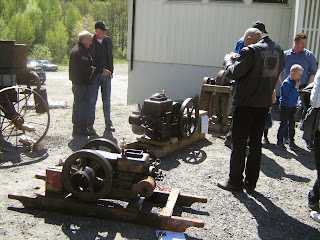 Stationary engines are newer wrong, those where runners. 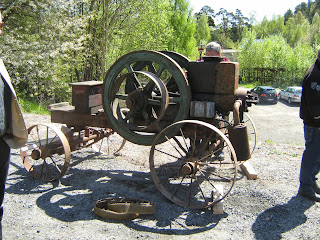 Rare one with wheels mounted, most here was on a sledge moved by a horse. 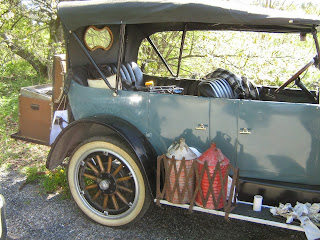 Better safe than sorry, keep some extra fuel. this was a Cleveland car, a rare one. 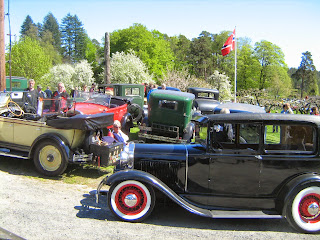 20ìes department.
Seldom to see such a bunch of twenties cars in one place, its mostly less interesting fifties US cars, imported ones in the later years. The cars below was common on the Norwegian roads back in the day. 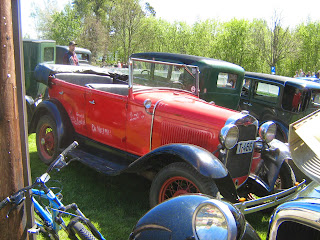 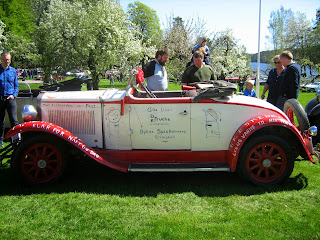 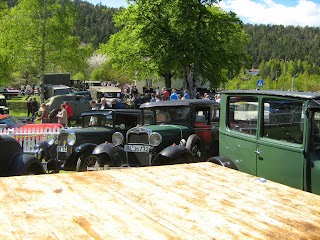 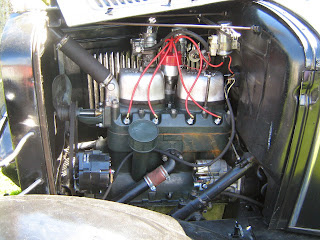