Every 1`st Wednesday in the summer months motorcyclists from my area get together some 30km`s up the valley at a cafe. This is not where I would go as a regular, as I have made my mind this is a "thing" for those who wear a flourecent west over their riding gear to dare to drive on public roads with their braand new bikes(OK I know its me, but I would NEEEEEver wear a stupid flourecent west to ride any of my bikes, period).
Anyway, I thought heck I go there to bring down the average bike age as well as I wore my safety gear beeing my blue flake half-helmet from early sixties, googles and bomber jacket. No Goretex or self inflating crash west, nope.
When there it turned out there where some more old bikes there too and I ended up having a great evening.

As I am quite childish I couldnt resist in driving unsafe back home and I passed several bikes beeing made 60 years later than my thrusty old bob-job when I tried to keep the beast on the road at full throttle (scraped both my footboards at several occasions, coool). 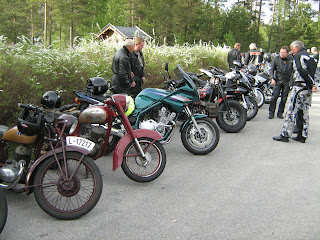 Parked my Harley next to this years model BMW RR wich have 200hp and carbonfibre all over.
An old FN and a Jawa in the same row. 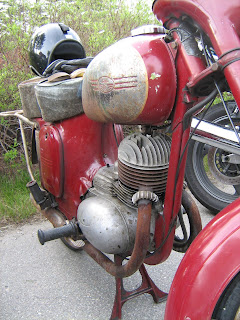 This Jawa was just super cool, no resto ever needed. 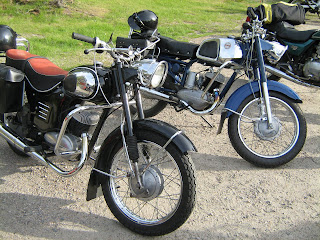 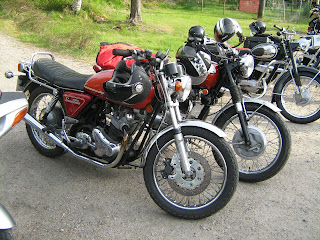 Even some Brits had found their way. 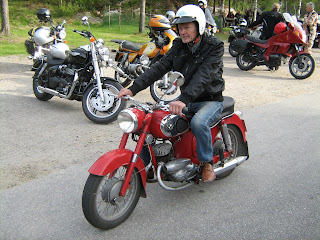