In an e-mail a while ago I got some pictures showing a fellow NVMC member`s Harley Peashooter racing project. This is a Norwegian chassis where an engine purchased on e-bay have been installed. Looking forward to see the result of this restoration.


Harley Peashooters are cool. They where really fast motorcycles on the tracks in their time with their tiny OHV engines, meassuring just 350 cc / 21 cui.

In Norway the single cylinder Harley`s sold in small numbers compared to their bigger V-twin brothers of either 61 or 74 cui (1000/1200 cc), and most of those that got sold where sidevalve models, cheaper and more reliable for every day use.

Personally I have never come across one OHV single cylinder machine with Norwegian origin.

From studying old photos from the twenties I know there have been Norwegian OHV Peashooter racers in action on our race tracks. In the enclosed photo is one of those captured at an ice race event. As seen from the photo this one have a license plate, thus allowing its owner to use the bike off the tracks as well as on.

As we most likely will never get to know if the engine in this bike is as sporty modificated as the rest of the bike, we can only guess.

I have started investigations to find who this rider could be, will post when or if I figure this out.
In the meantime I hope Lars will get further inspiration to work on his replica racer from looking at the picture of this original Norwegian Peashooter. 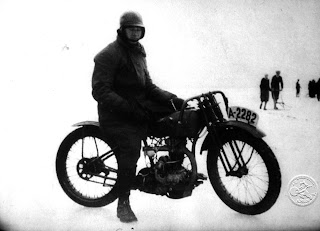 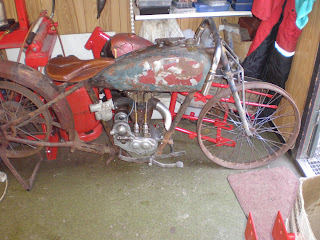 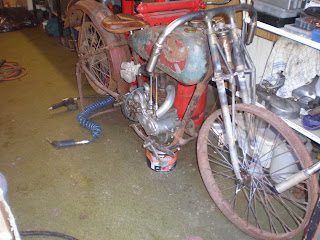 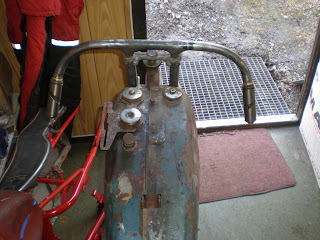