True fun, eh or rather is truing fun?

So you dont think there is any progress in the Panhead project as long as there are no posts on the subject. Wrong! There are still umpteen issues to be sorted, rebuilding the hubs, wheel axles need to be straightened, rear drum had to be straightened (you didn`t miss the point , the drum needed to be tweeked and bent to shape before a couple of tenths of a mill had to be removed from its internals to get it back to its former round shape). Then I find new parts don`t fit old parts, the well known re-pop issue. As some of those parts are hardened they need to be ground to fit, this mean a support grinder have to be installed in the lathe. Fuel tank had umpteen layers of paint, as well as loads of molding, when removing this it appears the bottom of the tank is leaking as a tea strainer. Well, for sure this require a cure of hammering small dent`s, then filling those with tin. Finally a double cure of internal tank sealer. Upon testing with hot soap water and pressure it seems all this effort is worth the hard work. Lower oil tank mount is fuc#"¤%ed, grind off and replace, no other cure for this. Electrics, another issue. Getting the wires trough the passage in the rear mudguard as well as the handlebar internals Electrics, another issue. Getting the wires trough the passage in the rear mudguard as well as trough the handlebars, need I say more? Today I have devoted myself to getting rims and spokes to the hubs. Truing wheels, a sport requiring practice, more often than every second year. According to the book, 11/64" from hub brake side flange to rim and 1/32" runout limit, hmmmmm! Riding my Panhead, will get there eventually. 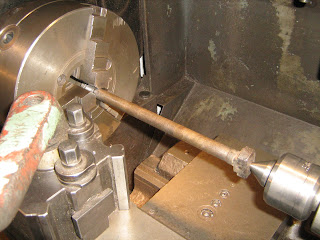 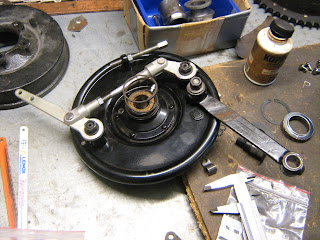 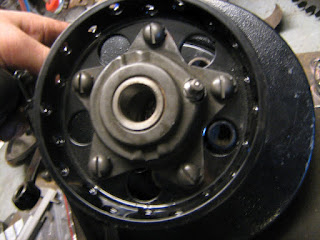 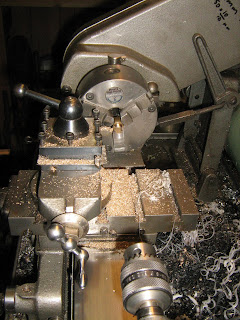 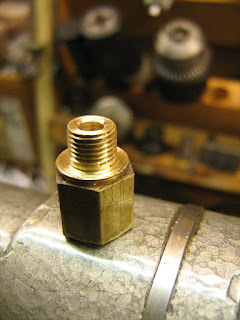 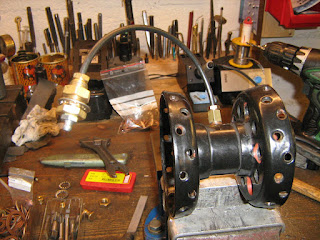 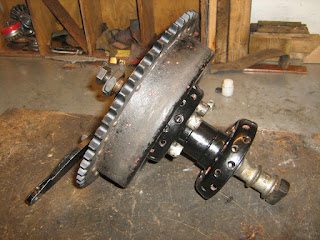 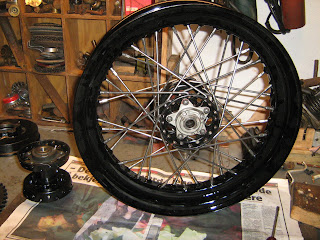 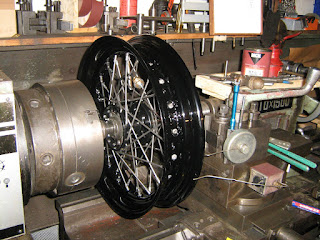 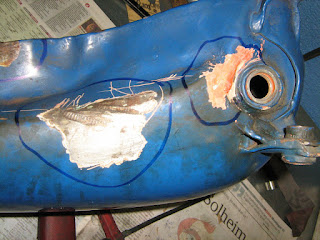 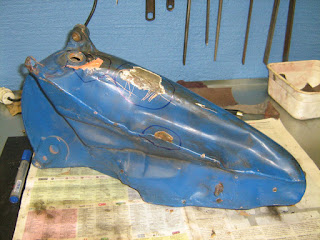 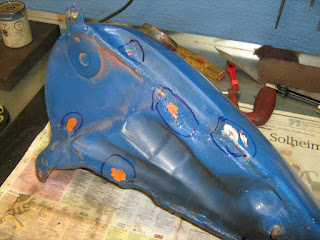 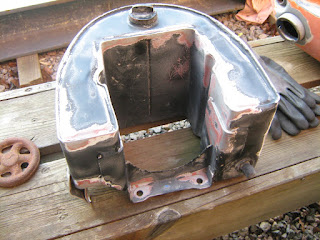 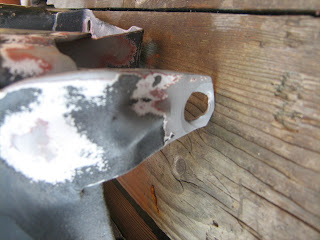 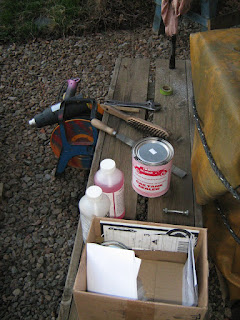 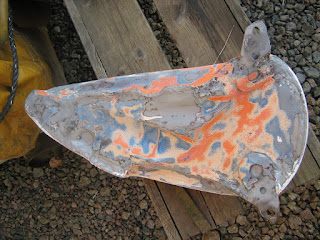 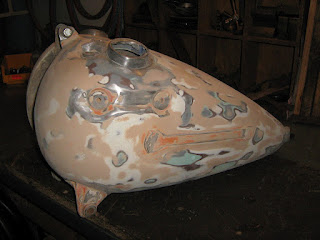