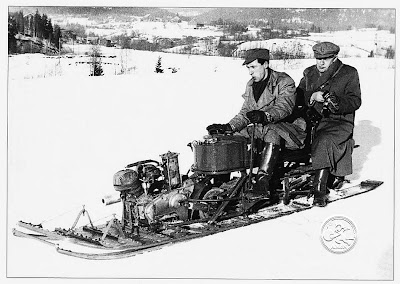 The Norwegian company Colbjørnsen & co are most known for their snowmobile sales. They where in charge of selling the Canadian Bombardiers products in Norway up to 1994. They did allso sell Kawasaki motorbikes in addition to a bunch of other products.
Here is the first snowmobile owned by the Colbjørnsen`s, father at the back and son in charge of the controls.
Poor Indian loosing its engine for this experimental snowmobile, wonder if they ever sold any?
27.03.2013;
What was a blog with no feedbacks from its followers?
One of those who often comment on my posts is Charlie from north Sweden. He informs me this is an Eliason toboggan and the engine was bought directly from Springfield, not picked from a motorcycle. Another who commented by an e-mail is Cory in the US that I have known trough the www for many years now. He shared with us the link to Eliasons web site, thanks a lot. When looking at their picture site I recognised a Super X engines toboggan. I posted a pic of one Super X Eliason a couple of years back, didnt know what it was then. What is even more interesting is the amount of henderson engined toboggans made by Eliason. Fan cooled engine with no protection, obviously that is for pussies.
We can only imagine how the hearing of early Eliason riders suffered from the pretty much open exhaust ports!!
Again, for sure Eliasons where not for pussies.
I gently stole a few piscs from the Eliason web page, enjoy; 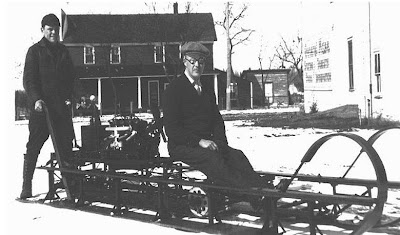 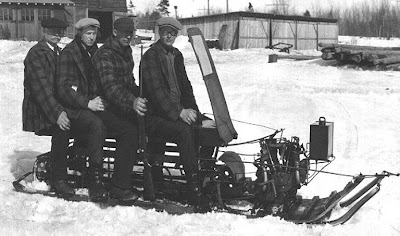 If ever anyone had the slightest doubt an Indian powered Eliason did work, Cory sent a link to prove it does, just hit the image below; 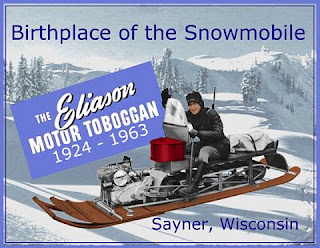 ﻿
Wonder if anyone of those toboggans have survived in Norway???
﻿
﻿
﻿
Lagt inn av American motorcycles kl. 22:31