Fridtjof Dieseth and Bjarne Fosskaug were close friends even if they were competitors in motorcycle racing from the late twenties and well into the thirties.
Not only did they ride with great success in Norwegian motorcycle racing, they had motorcycles as their favored leisure activity in general, and spent a lot of time touring Norway.
When competing in races they both rode Harley`s with sidecars, well it is not fully the truth, Dieseth raced Ariels too.
Dieseth competed in car rallies too, in 1934 he competed in rally Monte Carlo.

When touring they both enjoyed their sidecar outfits, Dieseth an Ariel outfit whilst Fosskaug stood true to the Milwaukee marvel.
Here is one pic taken when they pack their camp to ride on, Dieseth`s Ariel is closest to the camera, Fosskaug`s Harley in the background. 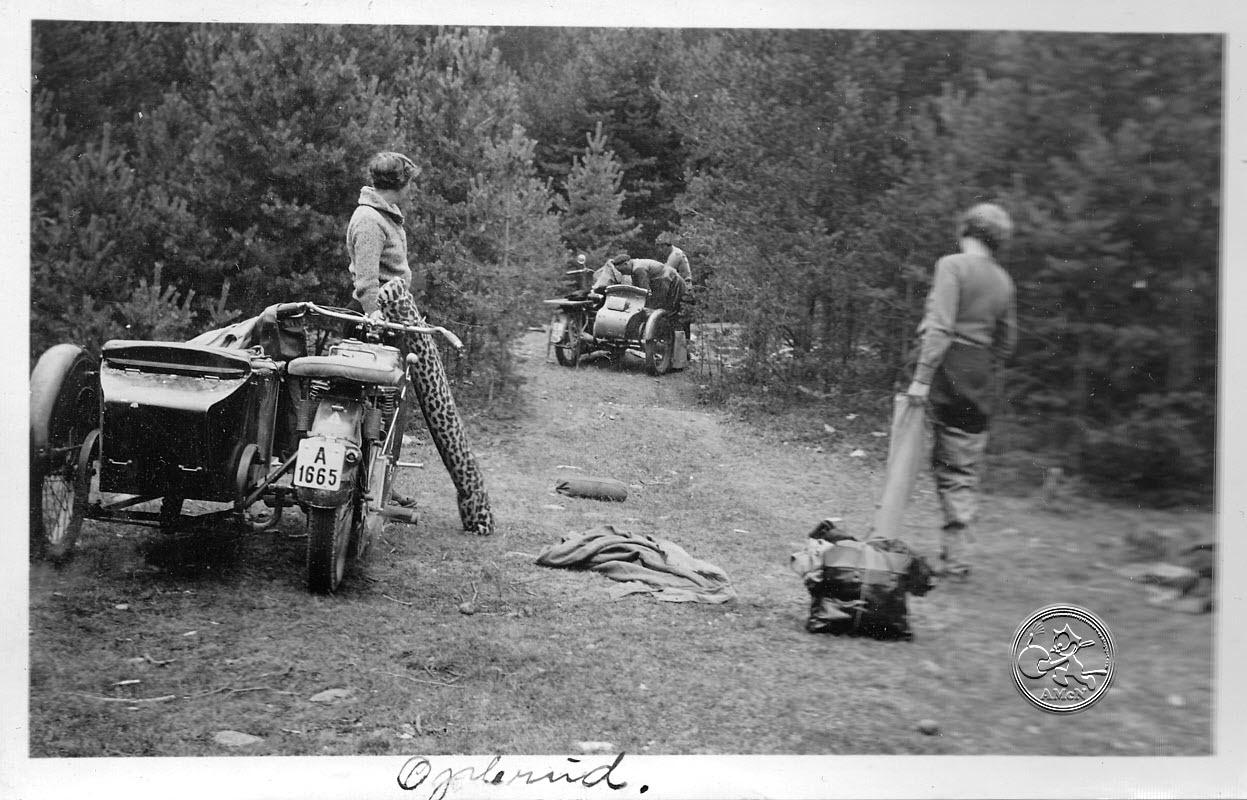