I am not a GPS kind of guy (my chose of daily rides should make this obvious?).
I have managed to get to the goal by map and my own notes in preparation to a travel, always, even once to down town Chicago.

Trondhjemsridtet`s route is presented to the riders in form of a road-book, which is new to me.

OK, I could have found the route on maps according to the road-book and made my own notes of where to go right and left etc., but no.
Checked various types of road-books on the www, it appeared there where loads of forums for motorcycle riders discussing the matter.
Road-books where shown in all forms from the home made to the high end electrically driven Touratech models made for Paris-Dakar.

I ended up with a cheap Biltema version, that I find will suit the purpose well after my modifications.
Had to make an aluminum bracket to fasten the Biltema road-book on the old Henderson, turned out OK. 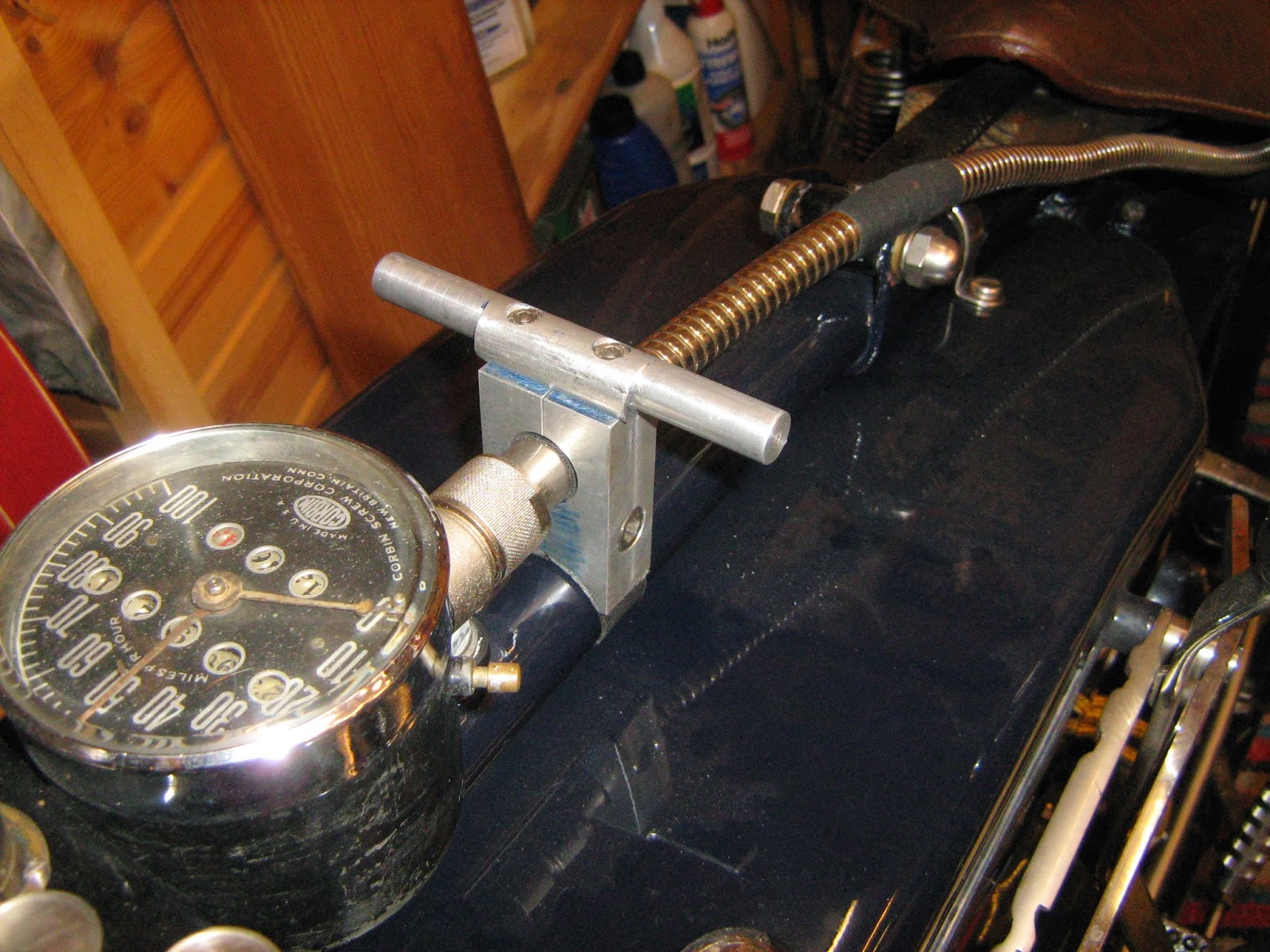 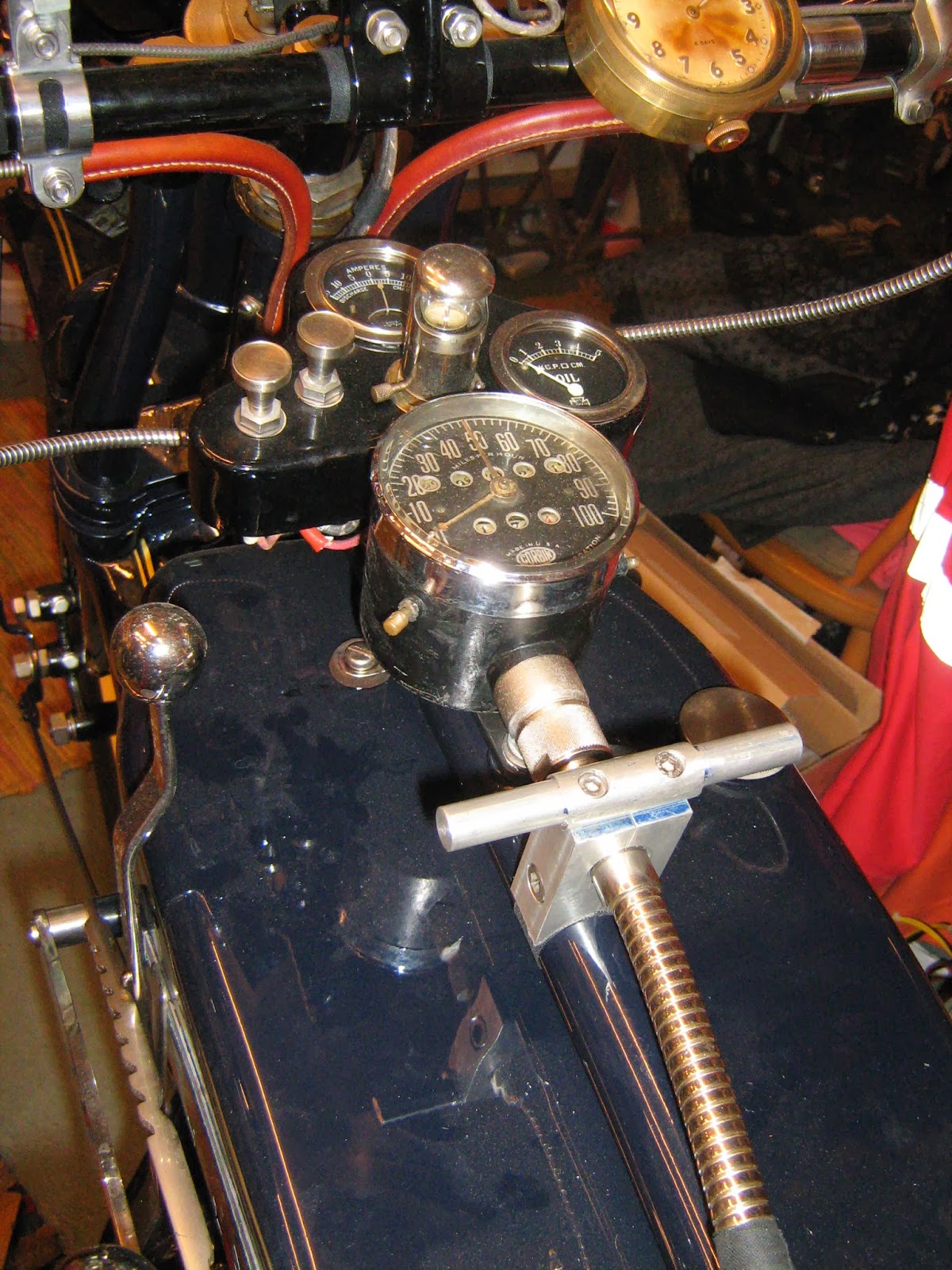 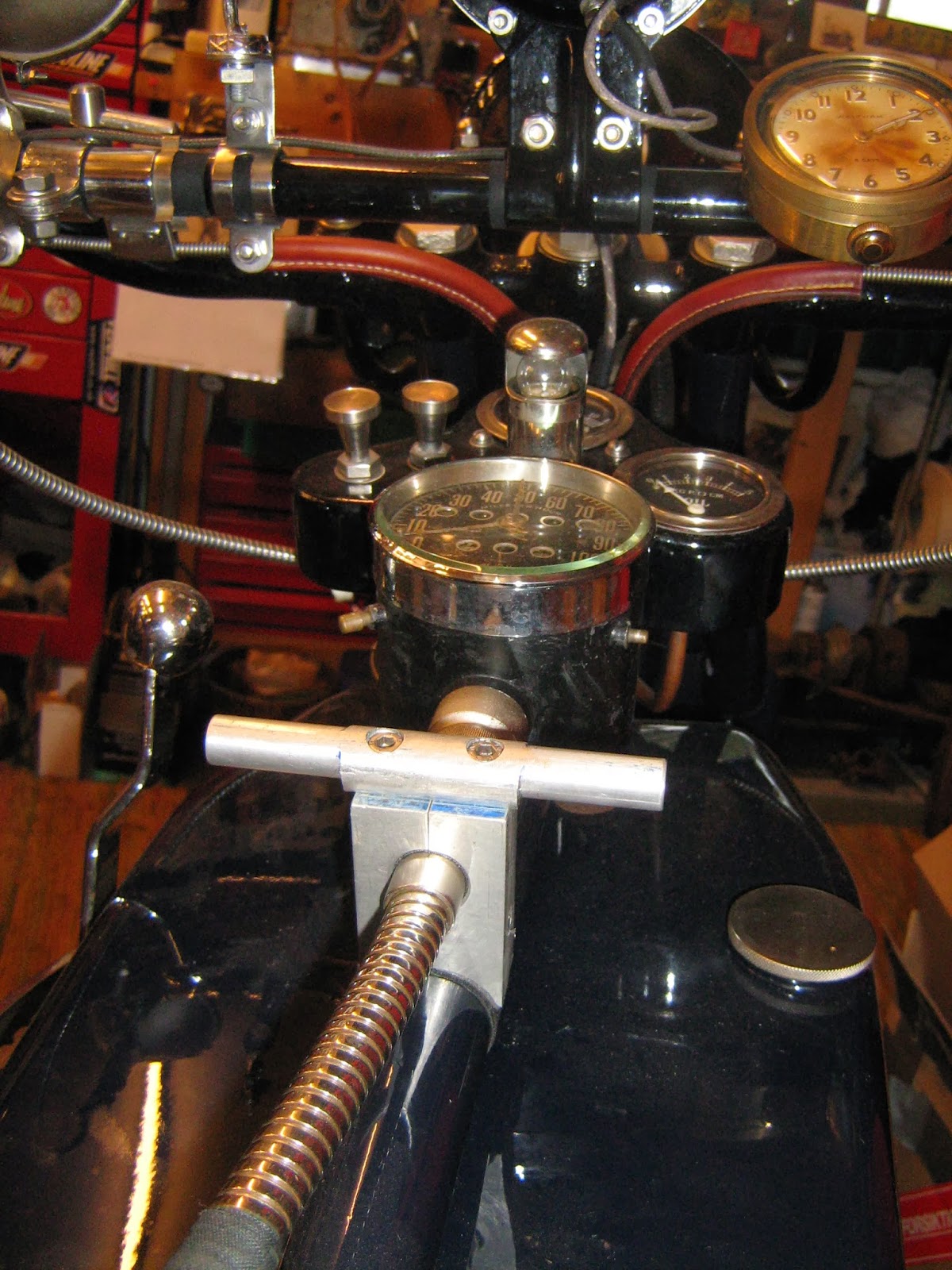 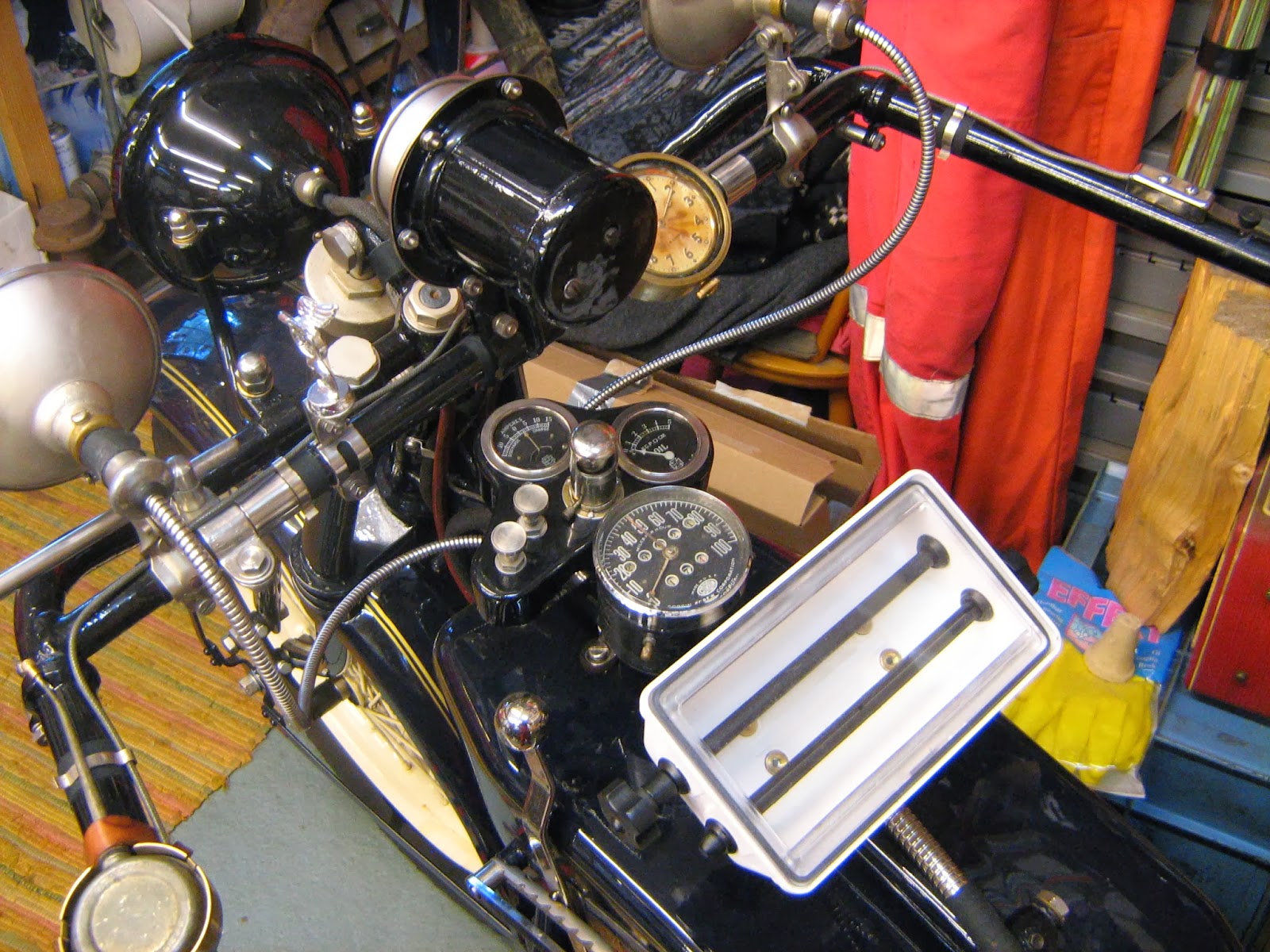