Whow what a day, up at 0530, on a Saturday. Breakfast and ready to leave the Hotel at 0700 sharp, very sharp indeed.
Mountains, gravel roads and loads of dust, serpentine bends in numbers and more mountains. 11 hours in the saddle (OK a few coffe breaks, but still) on the Henderson along with team mate Rune on the "not so dirty nine", its dirty now, very so.
The view from the mountains when we where coming closer to Trondhjem was so fantastic.

Had some carb issues with the Henderson, what a relief Jørgen is around. He tinkered for a short while and it purred as never before.

Trondhjem, we reached it, Hurray!!
Still we missed the streets in to town to be crowded by applauding spectators as back in the 1920ìes when Herman Oppen rode his Henderson into town, there could at least have been one or two volunteers applauding?

Anyway, we made it to Trondhjem without any fatalities (Henderson brakes dont allow for sudden Mose attacks in a bend) and our bikes have been working great.

Dinner, some mechanical entertainment and we are due to another sleep (we need it). 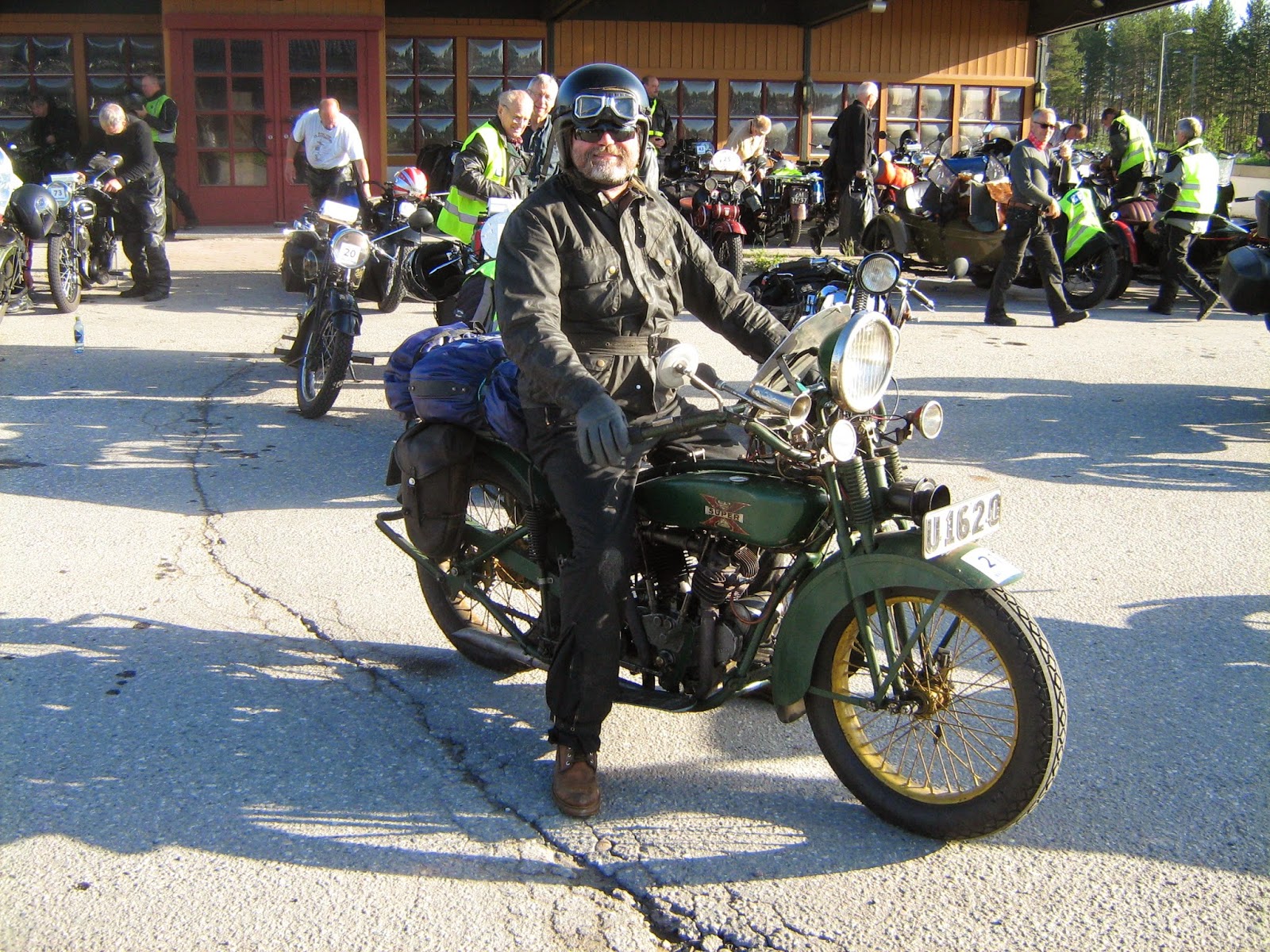 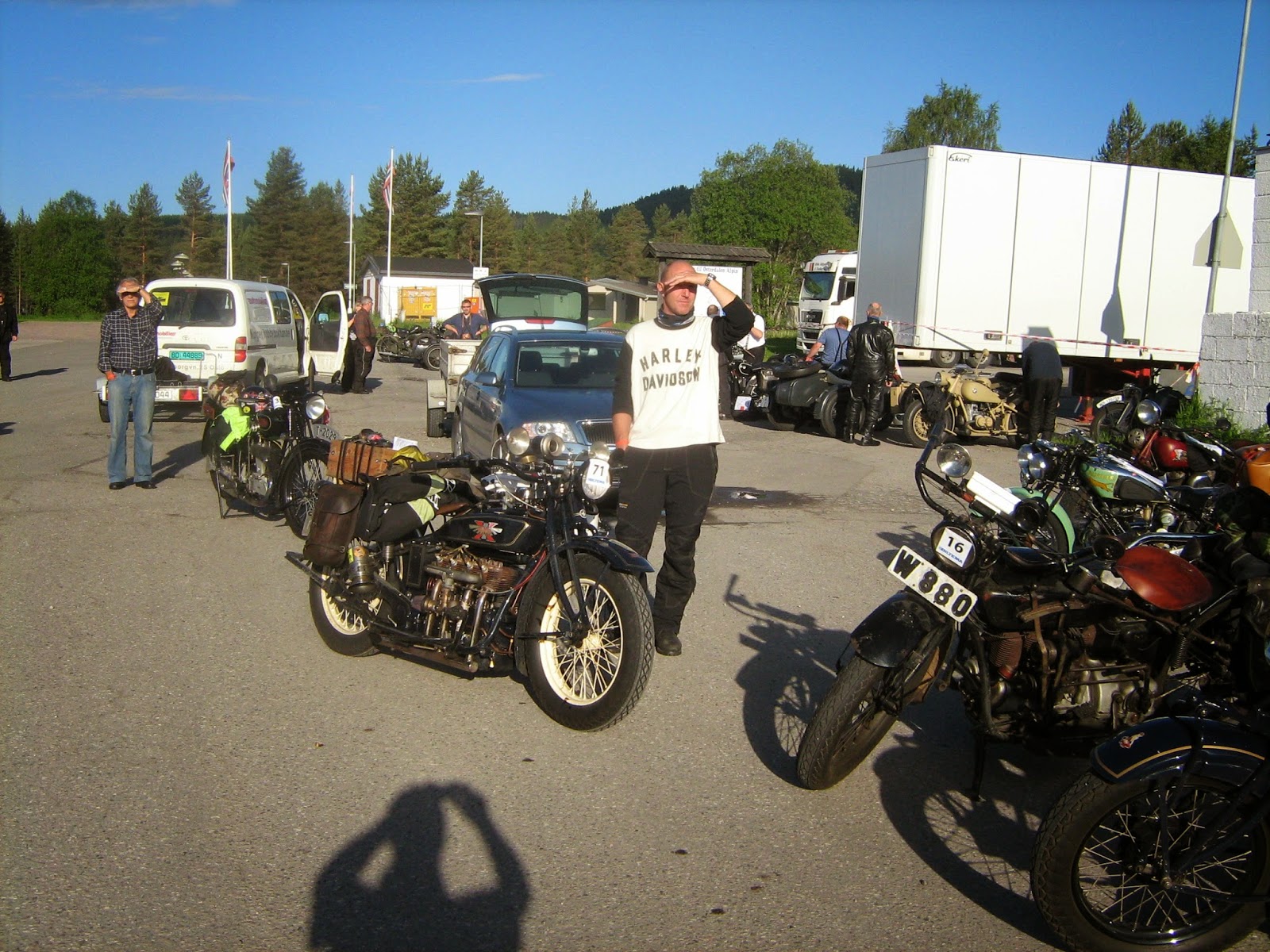 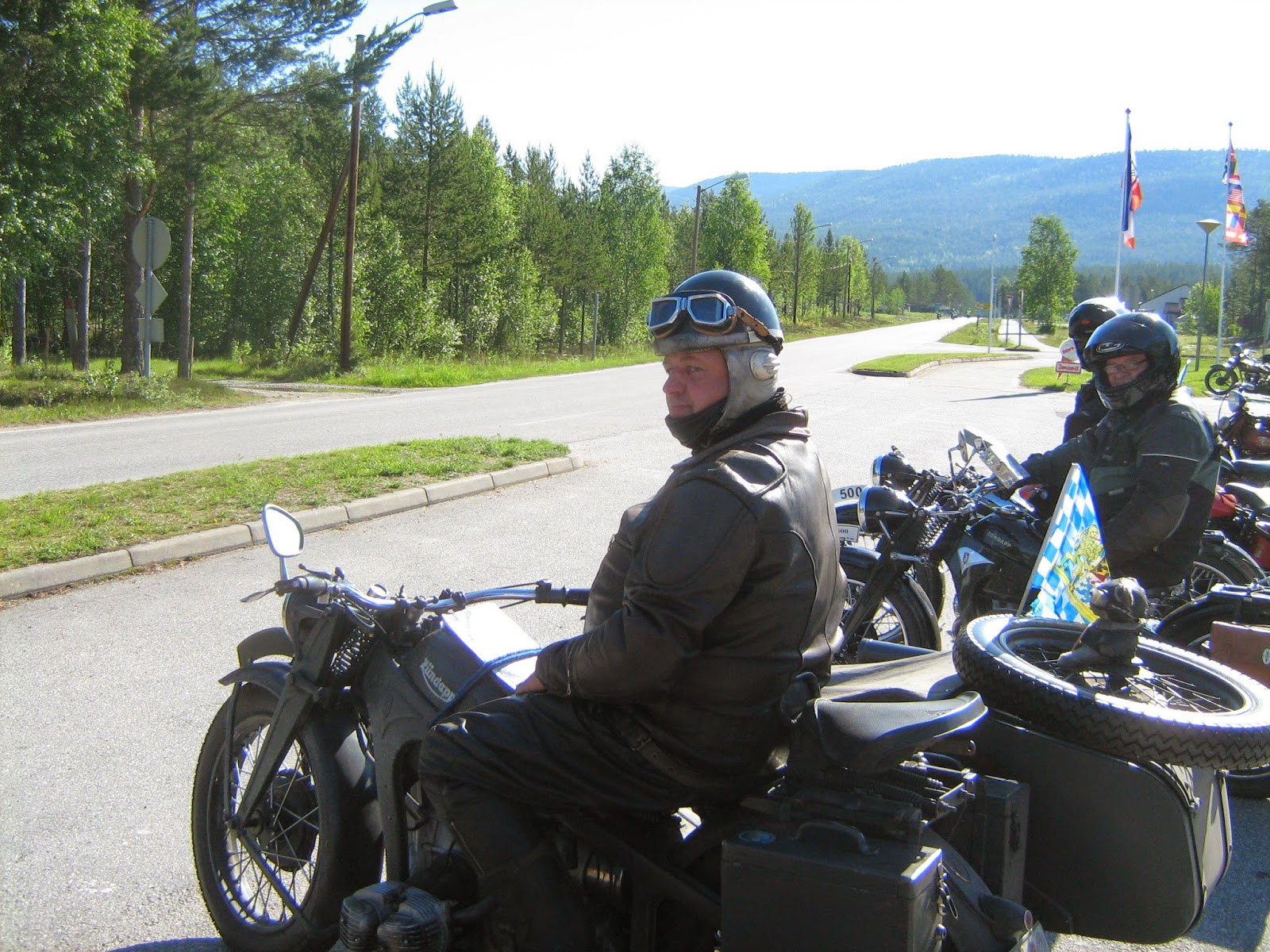 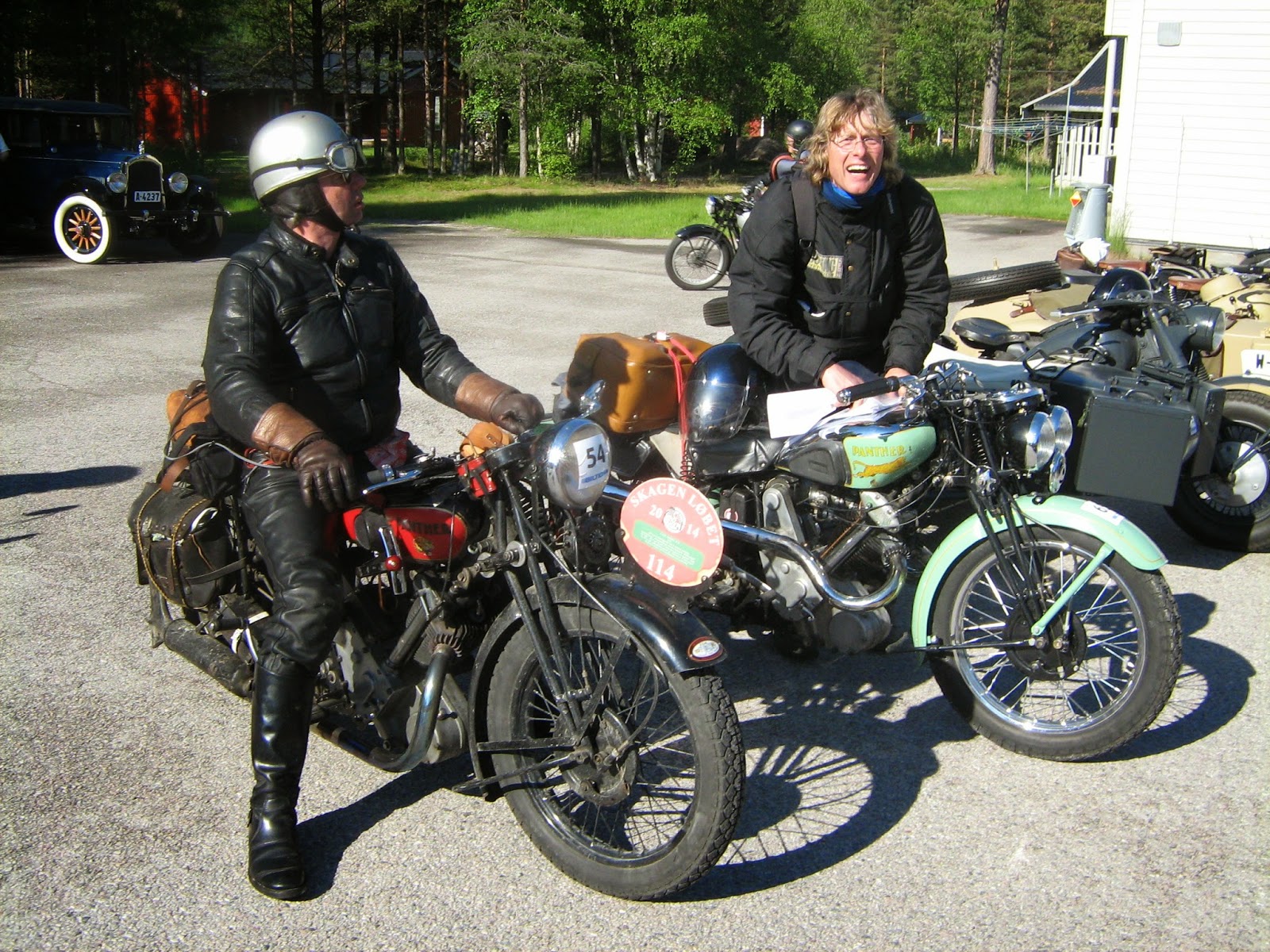 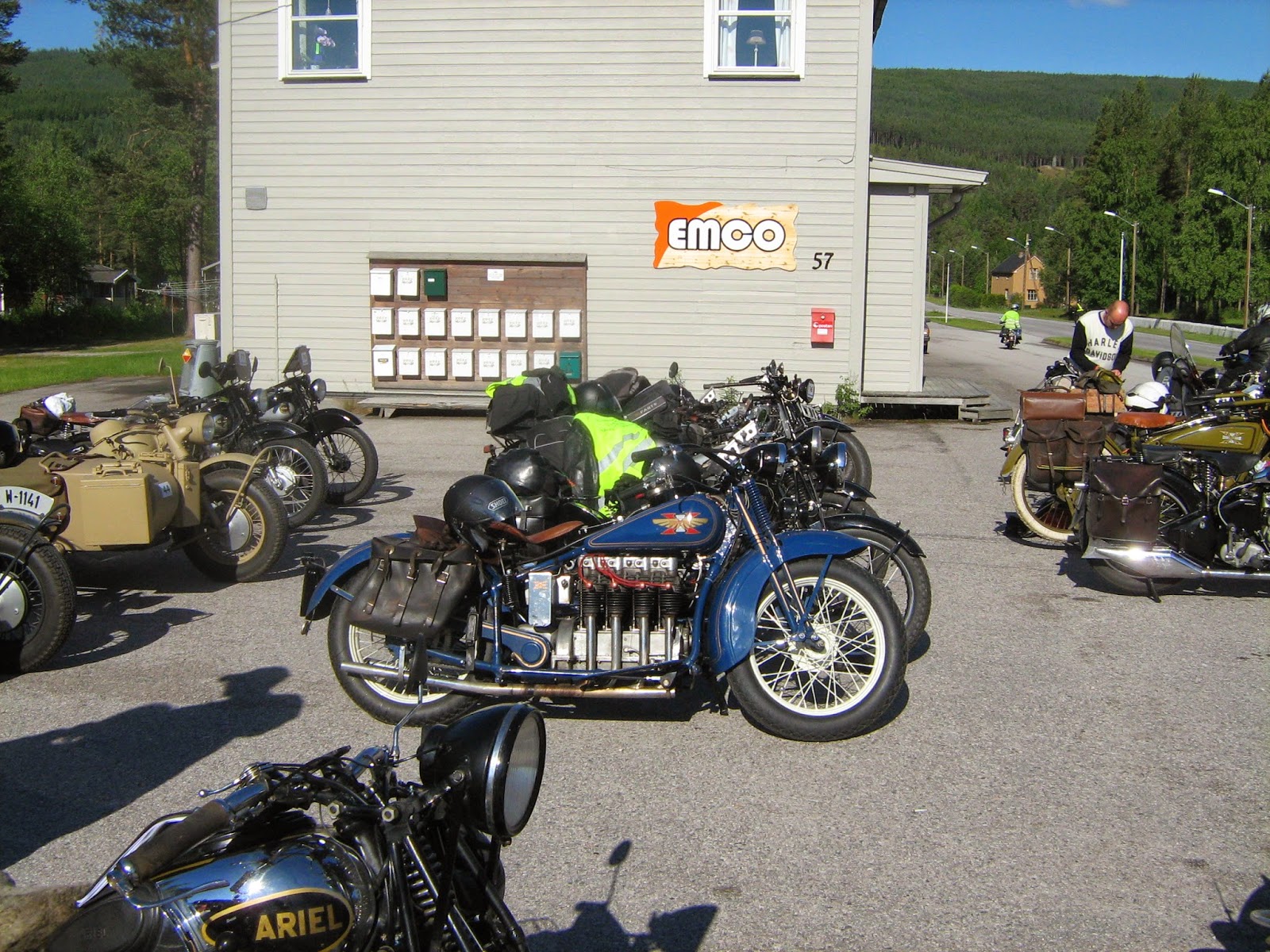 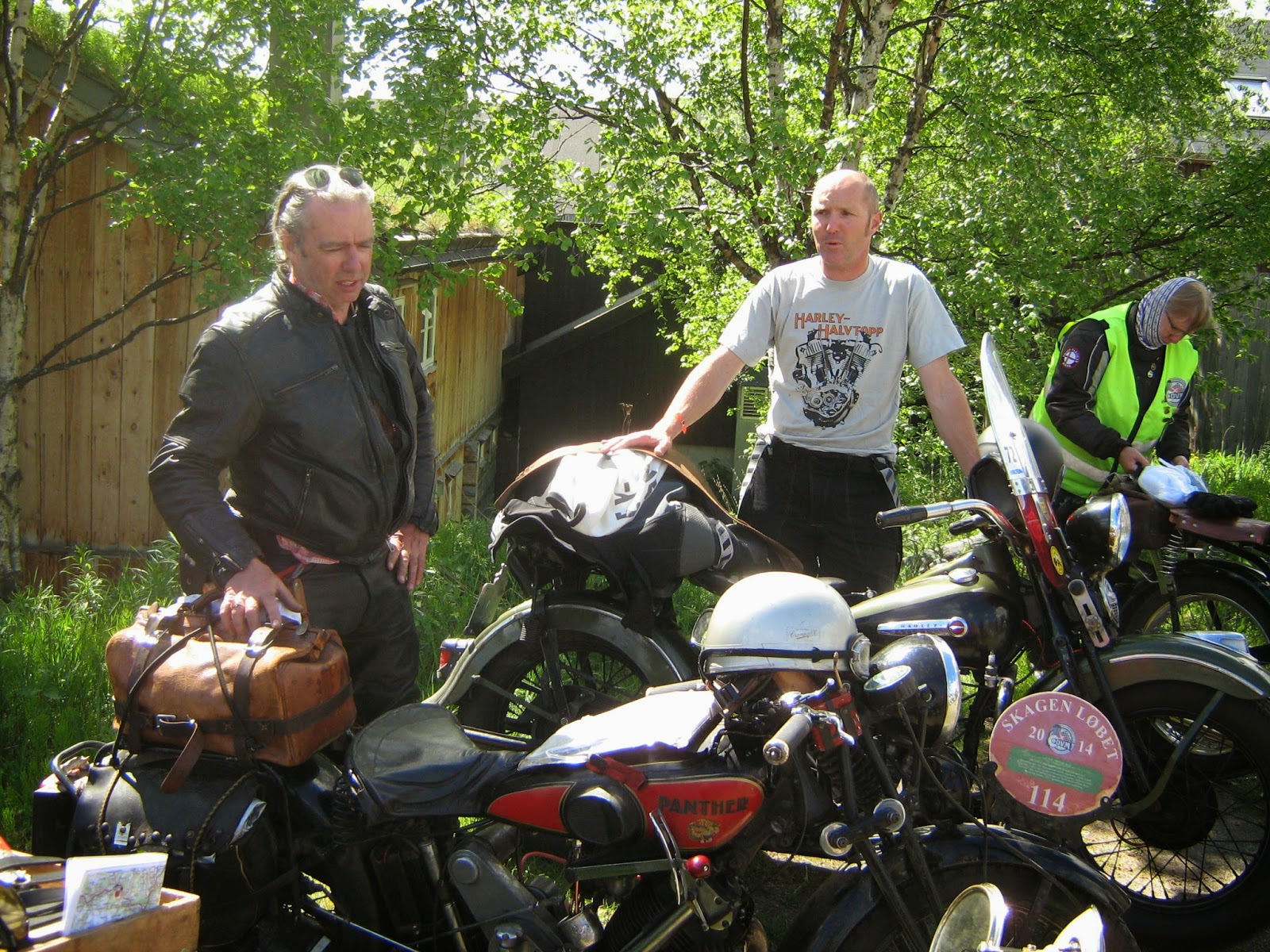 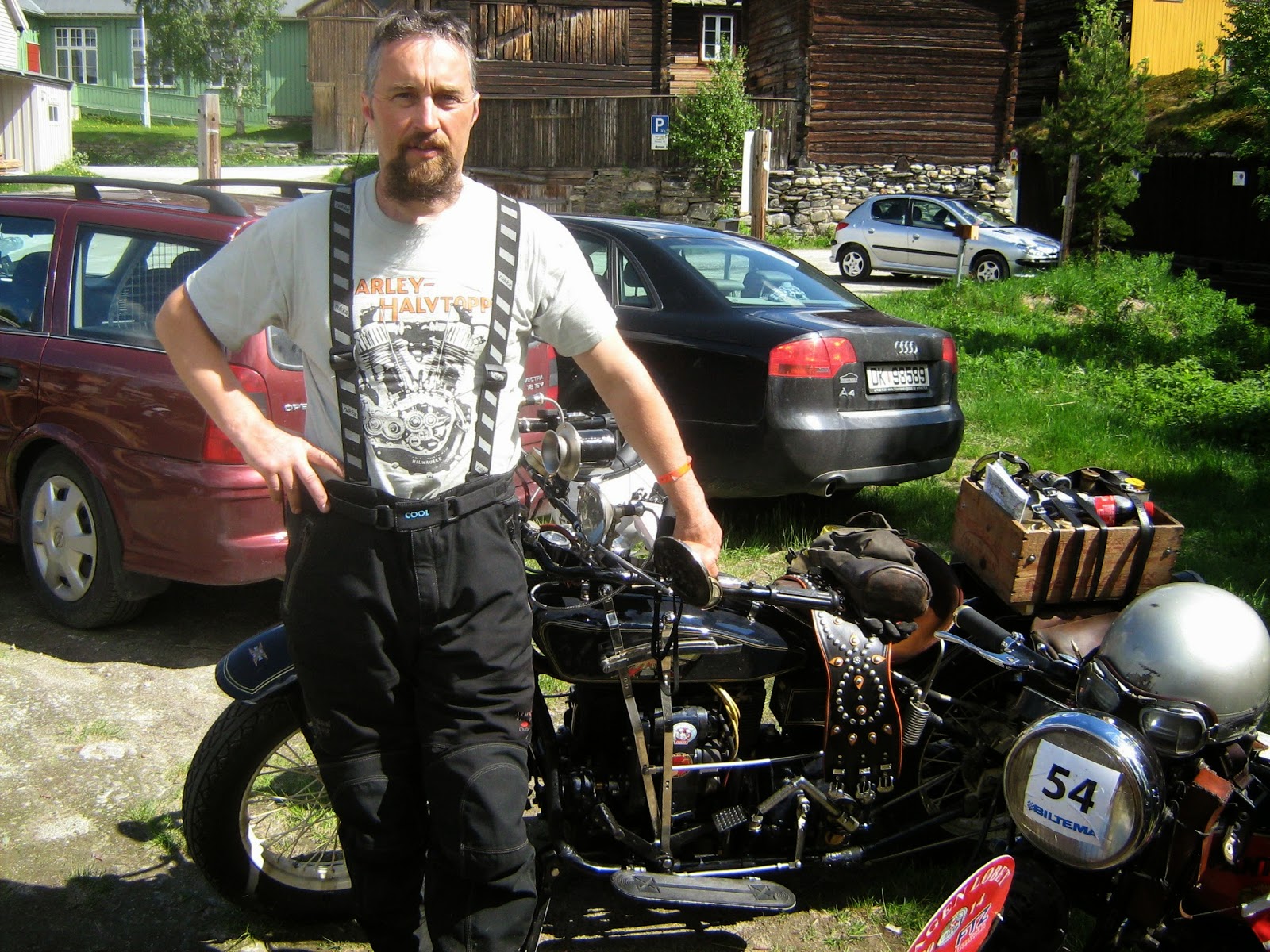 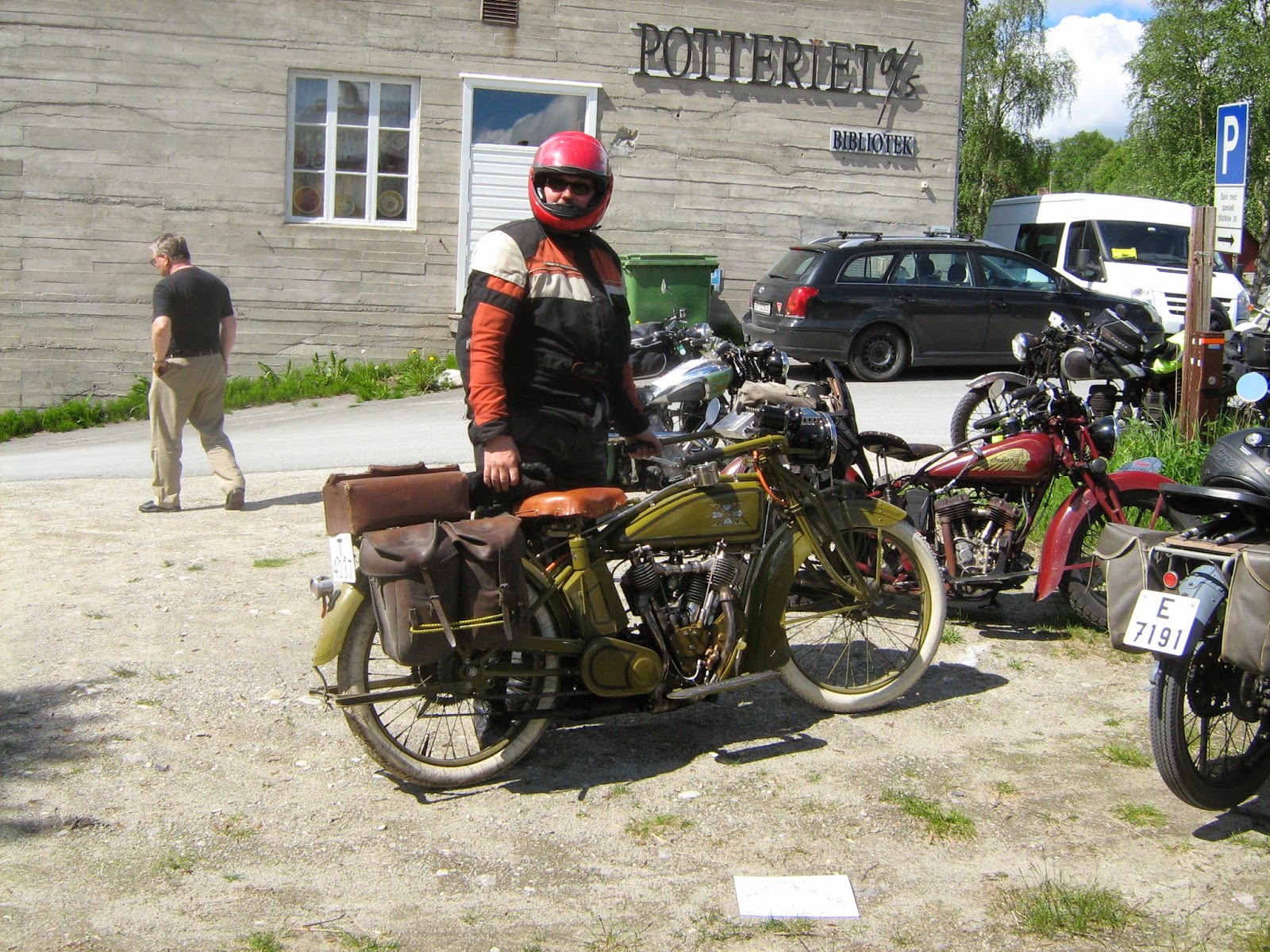 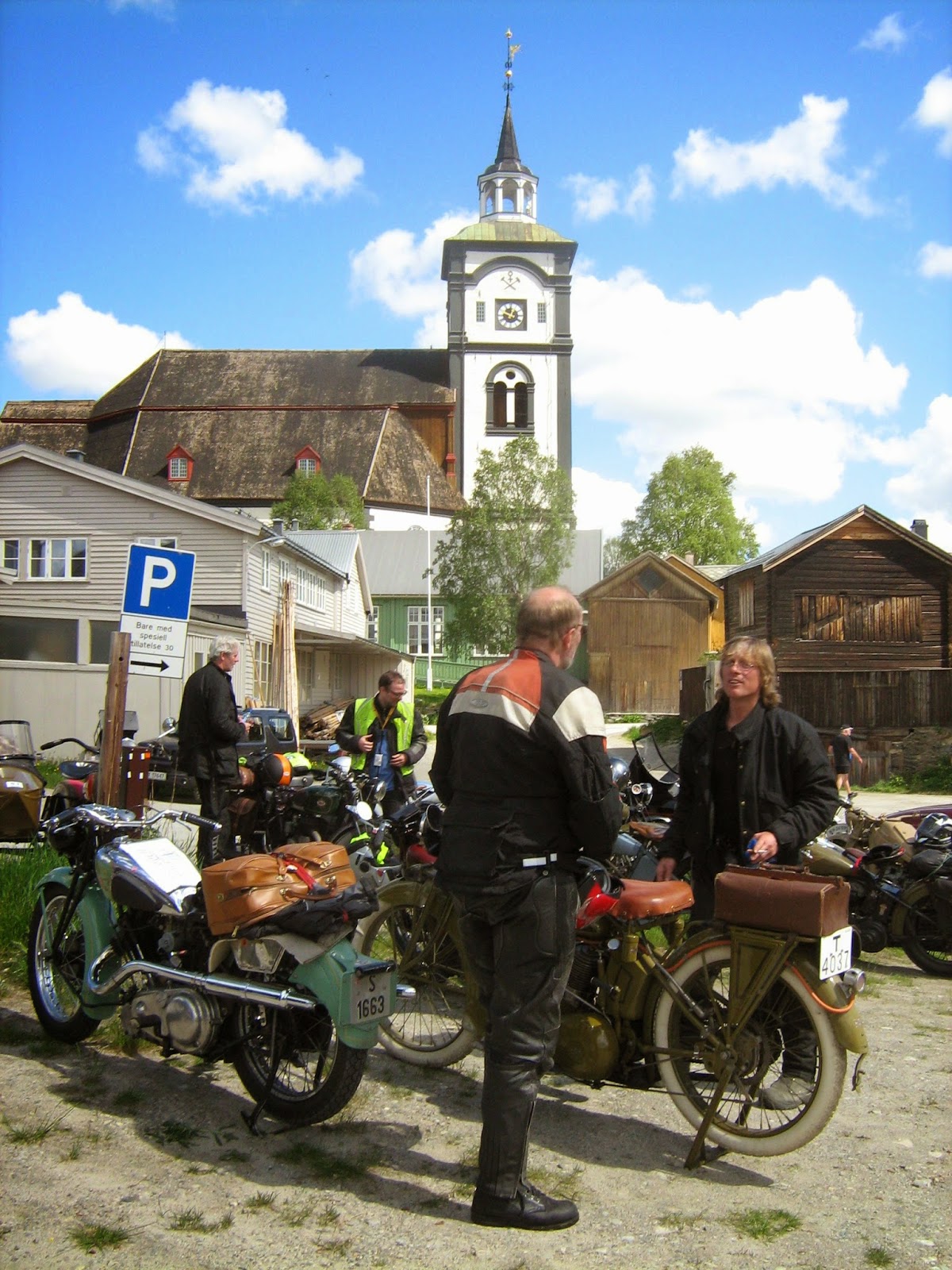 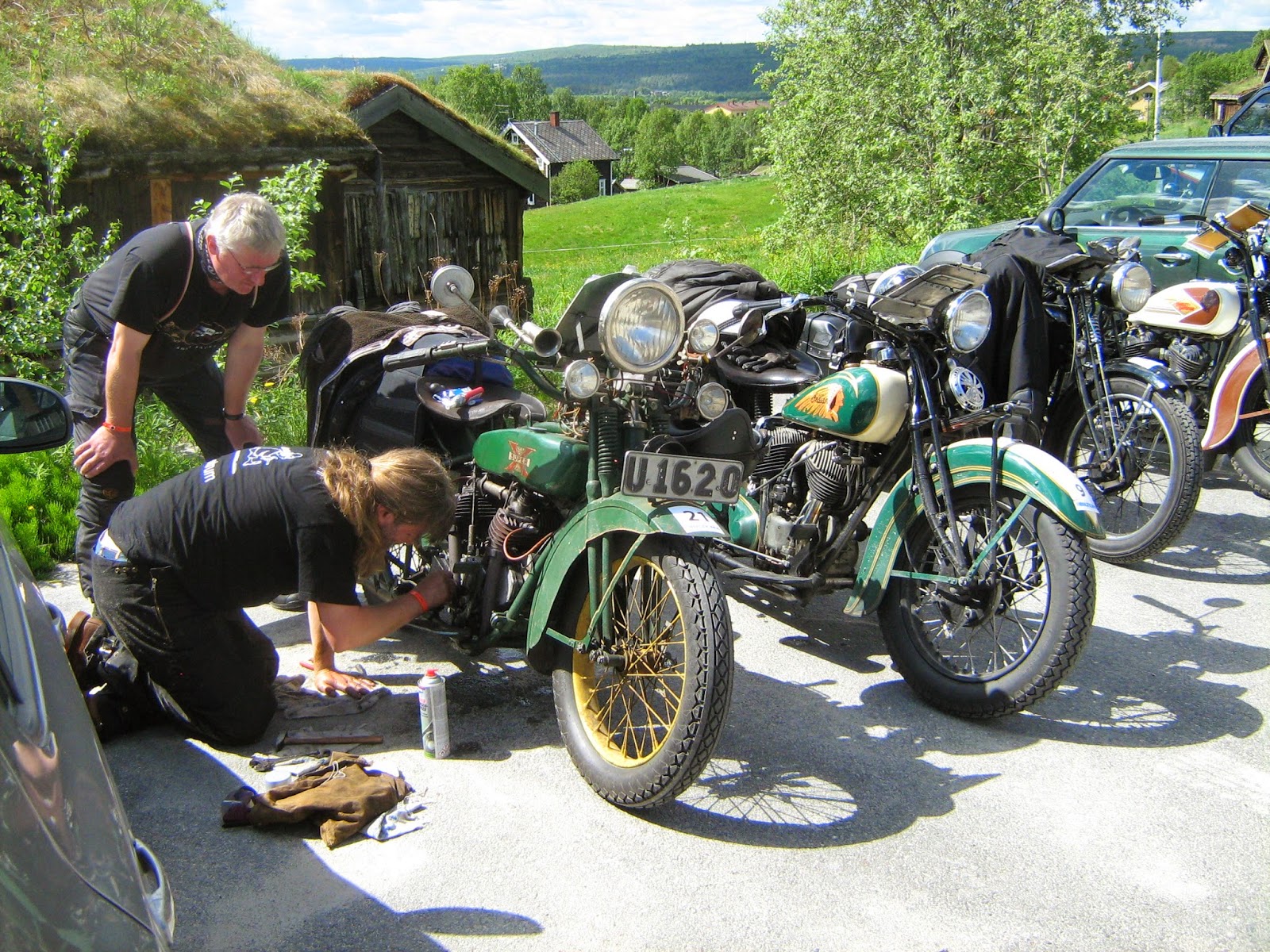 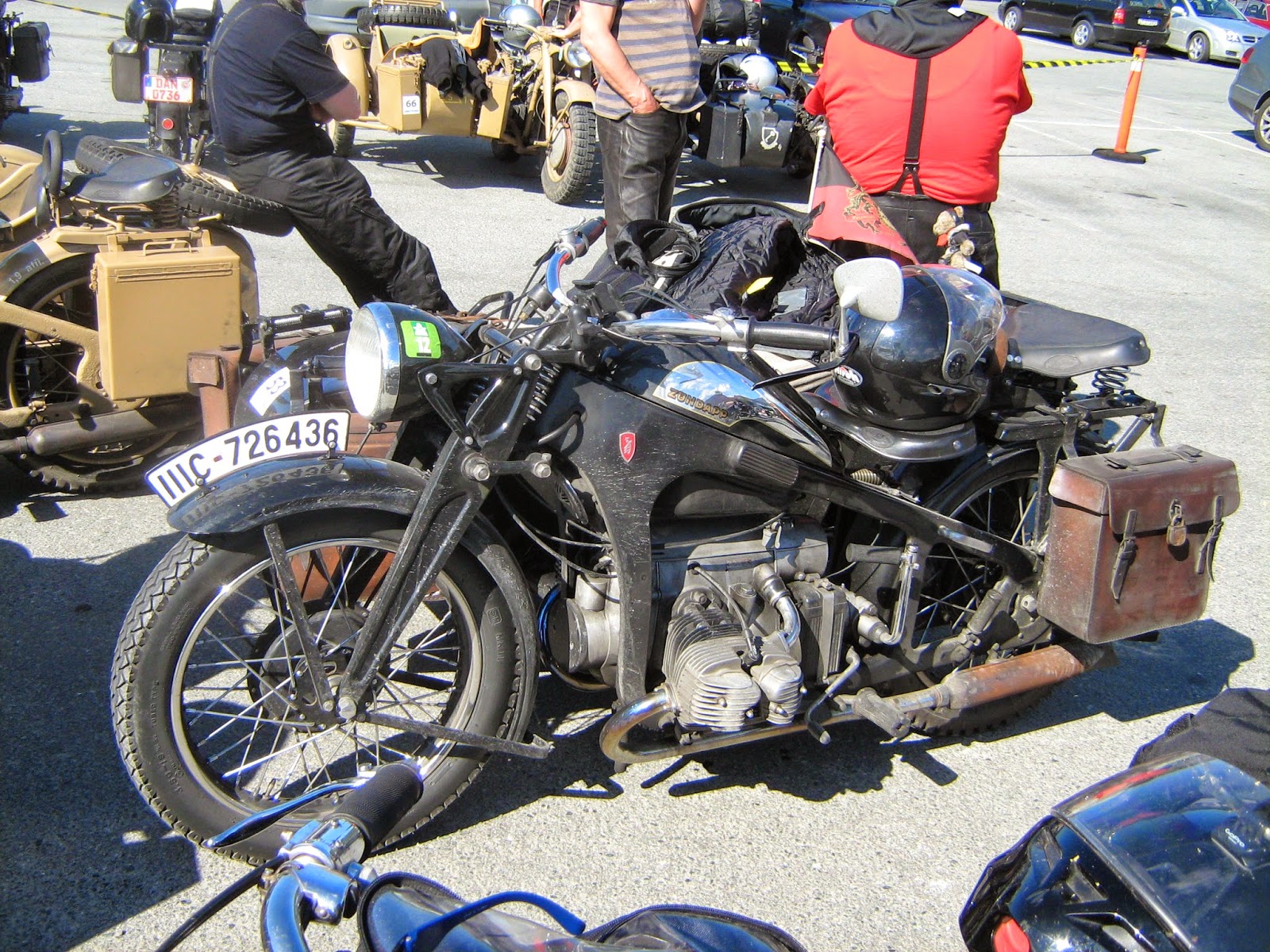 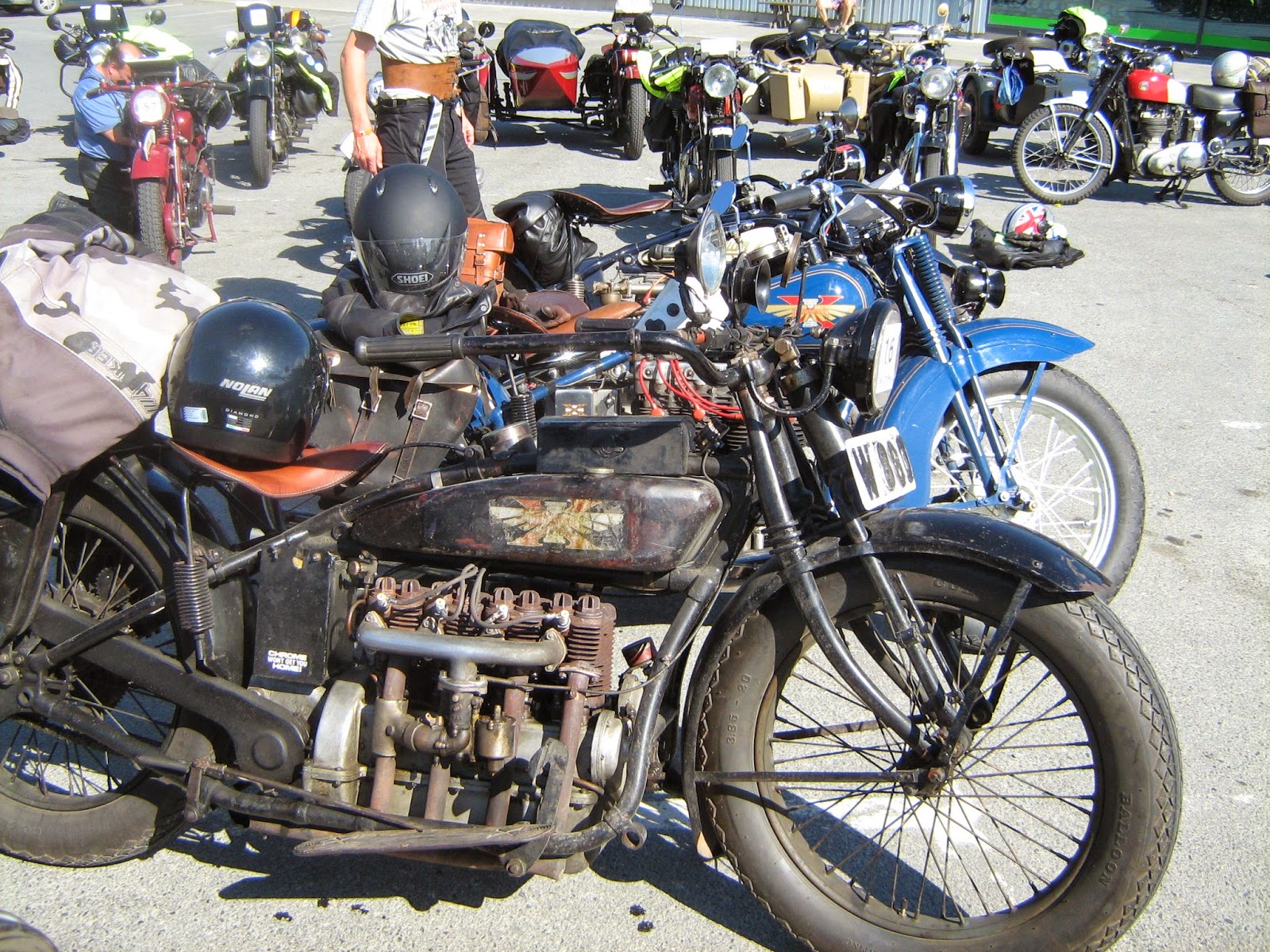 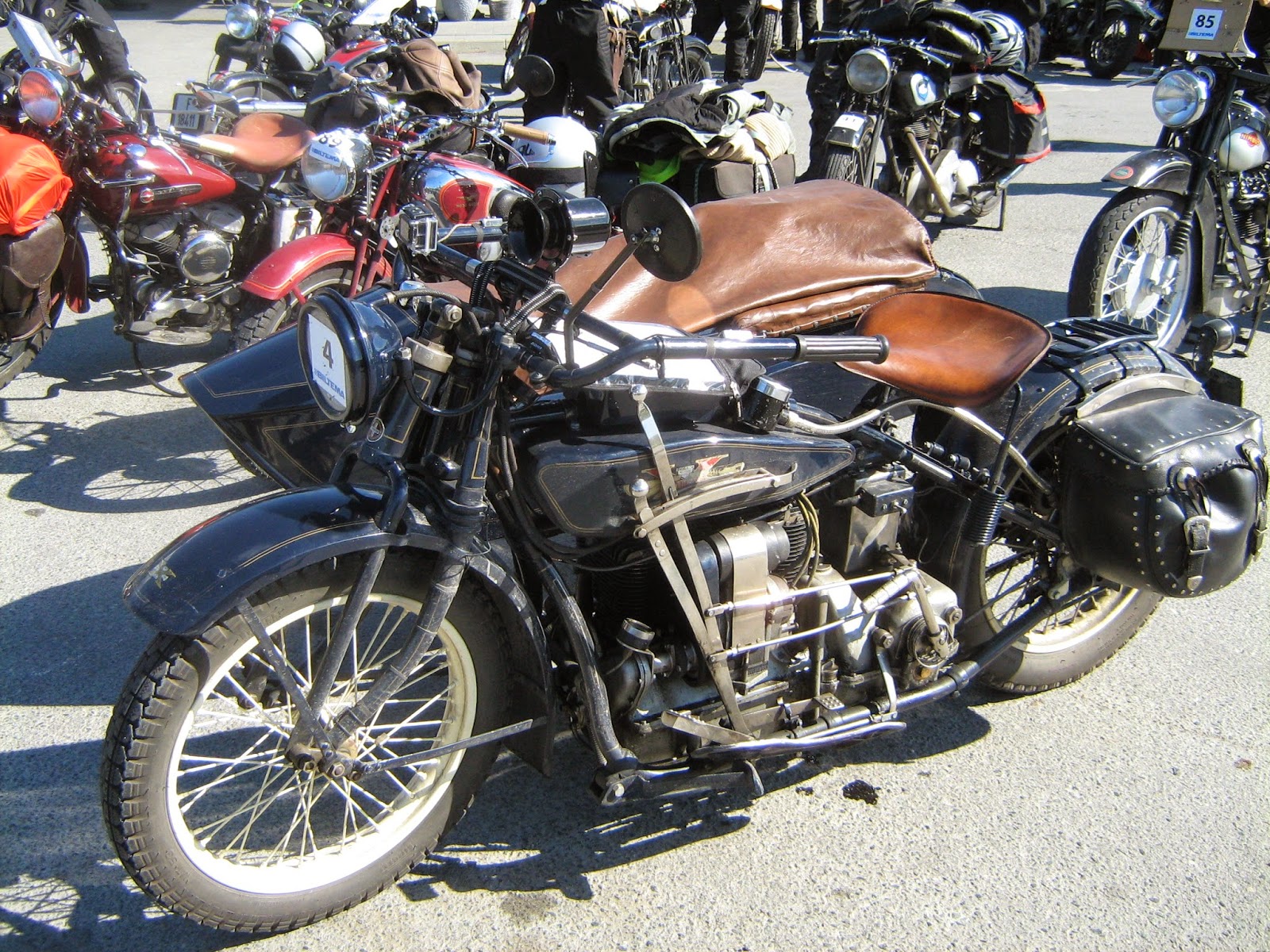 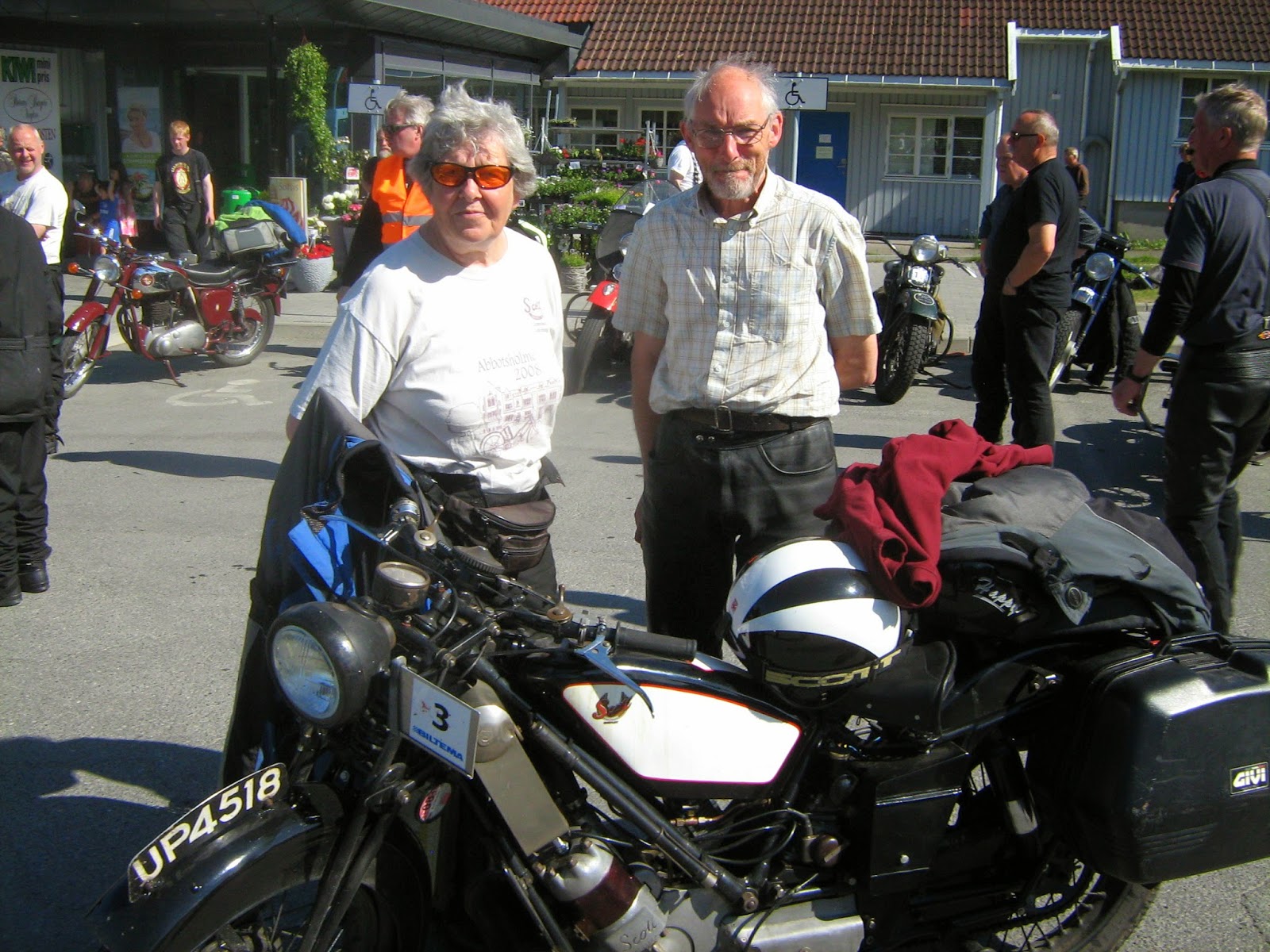