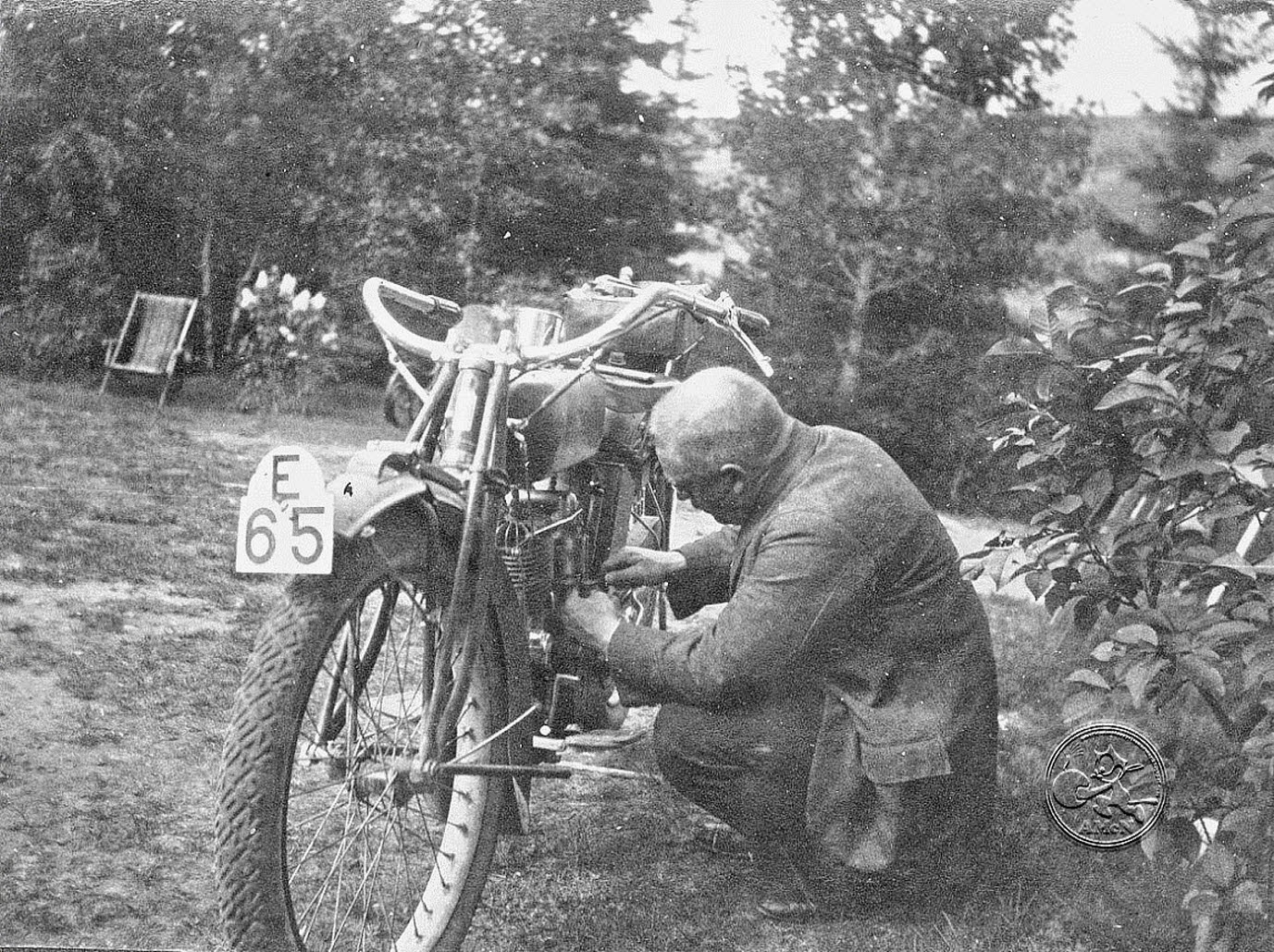 Carl taking care of some minor adjustments to his Indian`s Hedstrom engine.

Got an old motorcycle photo the other day, from a friendly gentleman named Johan.
Johans great-grandfather Carl Mathiesen was working as a doctor in and around Gausdal from the late 1880`s. Gausdal is an area of Hedmark in eastern Norway with long distances, and at the turn of the 1900 century the roads were built for horses and carriages. Carl was a automotive pioneer in his time when he realized that commuting on a Indian motocycle would save a lot of valuable time, both for him and his patients. As seen in the pic dated ca. 1920, Carl must have bought his Indian from Sontum in Christiania (now Oslo) as early as 1914 or 1915. This is obvious, as the engine in Carl`s motocycle is still a Hedstrom inlet over exhaust.
Looking further at the image I am not quite sure the picture is as late as 1920. The bike is so clean and unmolested, appearing as if quite new.
At the picture the doctor is doing some adjustments to his bike, obviously not afraid of getting grease on his hands, though he is a doctor.
The above could be a story enough for a single picture, but hey there is more to it.

Not only was Carl Mathiesen a doctor for common people in the Gausdal area, he was also the personal doctor to our national hero and literature Nobel prize winner Bjørnstjerne Bjørnson. 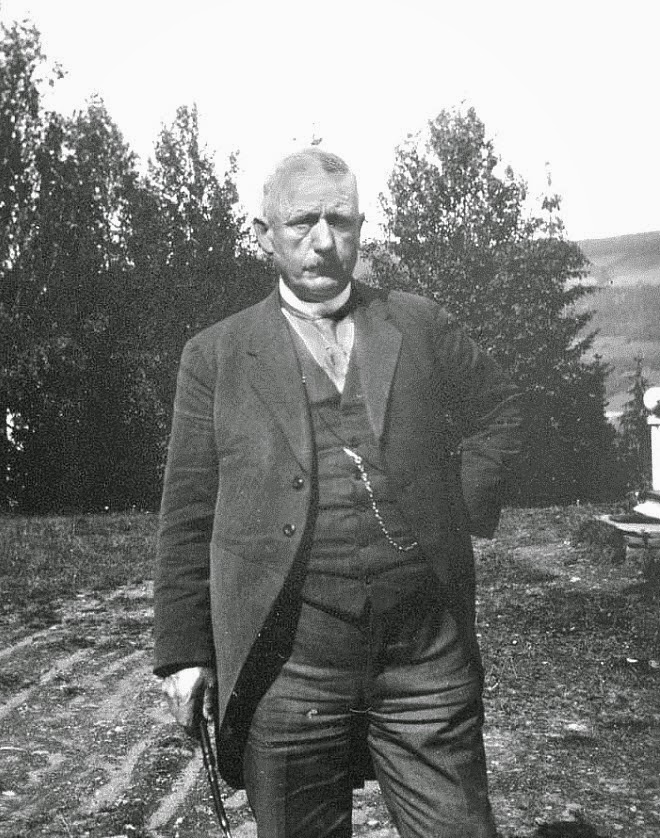 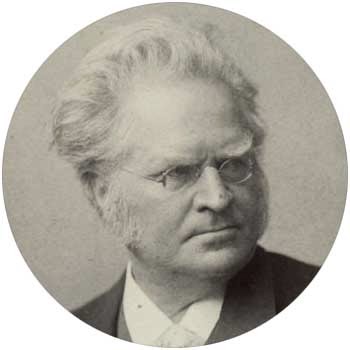 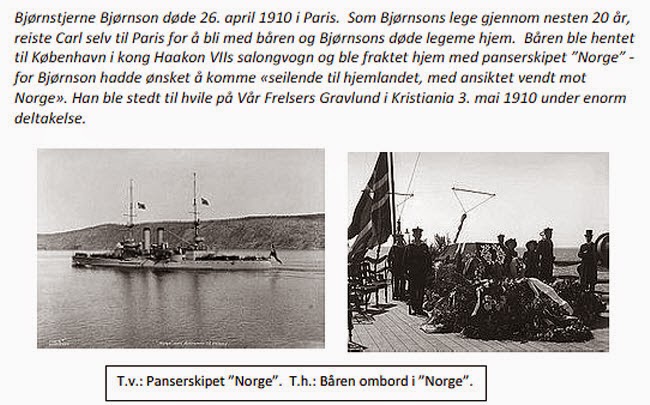 Our national hero Bjørnstjerne Bjørnson died in Paris, where he had traveled to get medical treatment at the end of his life.
Carl went to Paris after receiving message about Bjørnsons death to follow his body back home to Norway. The body was sent from Paris to Copenhagen in king Haakon`s personal train. In Copenhagen The Norwegian royal navy`s ironclad "Norge" waited to carry him further to Christiania (Oslo) where the national funeral ceremony took place.