During the 20`s and 30`s American Motorcycles of several brands where used in the Scandinavian racing scene. Most common where Harleys and then Indian as number two. Norway had less tracks than Sweden and Denmark. In Norway most racing took place on horse race tracks.

Some of these pics I might have previously posted on the AMCA board, some not.

Three photos of Swedish daredevil Erik Westberg. He did get two 8 valve Harleys from the factory during his carreer. Many of Eriks speed records where set on ice during winter. These guys where brave! 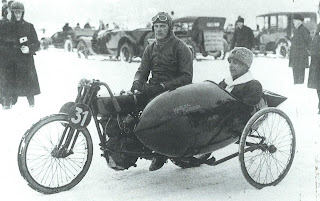 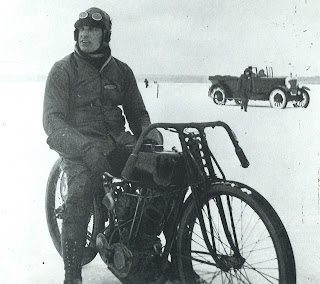 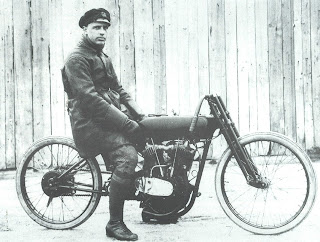 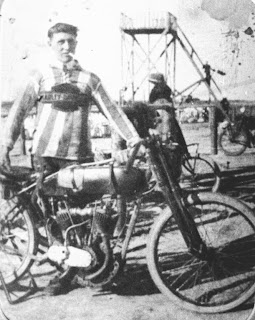 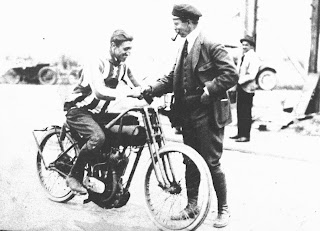 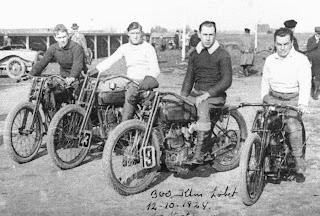