These two Harleys, X-43 & X-86 both origin from the Northern part of Norway. Pictures are not the best, tough interesting still. 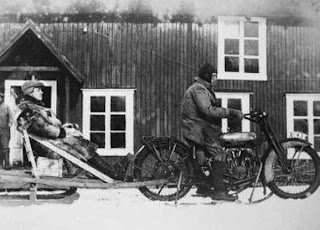 X-43, a 1924 Harley Davidson 61" (1000cc), This model have the later style timing cover (pressed steel) and oilpump wich where used on all later models. Earlier models had cast aluminium cover with integrated oilpump.

Passenger is the local road inspector, kind of laidback guy? 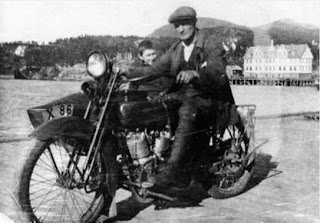