Metal casting, I love it. The process is so cool, pouring floating metal as if it was water into a premade mould and voila, let it cool down and you have a part for your motorcycle.

I`ve since long thought about making some aluminium footboard mats for my boardtracker, why? dont know, just because it looks cool on a custom built machine I recon.

Anyway, as my local metal pourer is going to close for retirement I had to get the project going, its a shame his bussines wil be discontinued. Hmm, maybe I need to get on with casting my own stuff from now on.

The finnished alu mats are 1 mm thicker than original ones and a little bit shorter as I was to lazy to compensate for shrinking on the plug used for making the core boxes.

They look cooool on a bike, will post pics of mats on bike later on.

Took a bunch of pics this time, for you to enjoy; 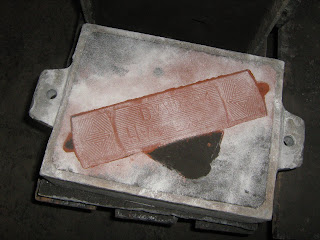 Core box, mirror view of part to come. metal is to be poured into the V formed portion to spread better before cooling. 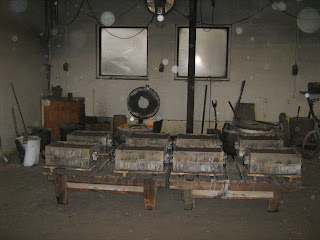 Core boxes lined up ready for pouring metal. Oven in the back with melted aluminium. 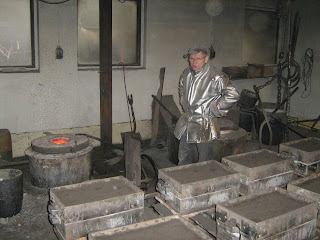 My metal pourer ready dressed (hmm, he have been in the bussines to loong as he wear ordinary jeans and shoes). 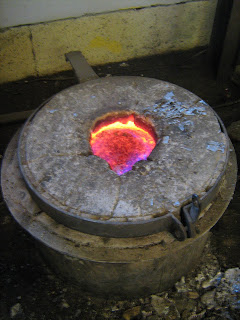 Melted and ready for pouring. 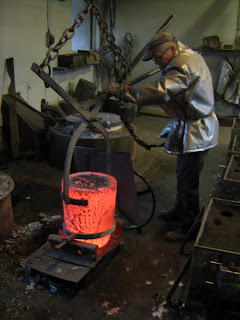 Loads of energy, better watch out if this starts floating around. 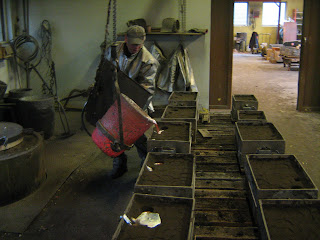 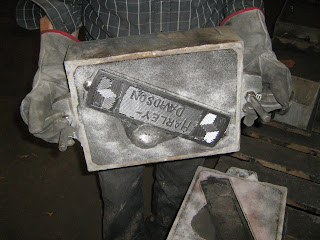 Having cooled for a while core boxes are ready to be split up to view the part. 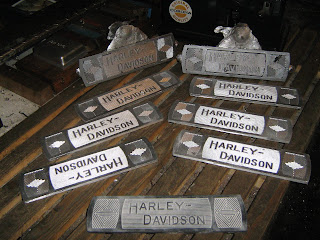 A bunch of mats, two not yet ground of from the pour. In the foreground is the "original". 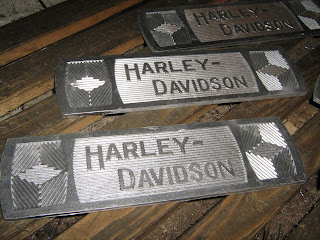 Details went out really well, this is of course depending on the quality of the sand in the corebox.
Lagt inn av American motorcycles kl. 07:16