Olav is a chap I`ve learned to know trough the www in recent times, tough it appears our roads have crossed before without knowing (Once my fierce bidding caused him a pretty expensive Knucklehead. Still he was the toughest in the end, arf).
We both have 48 Pans, his a bit more roadworthy at time beeing and I just learned it could easily been him having bought my Pan project as according to himself he dribbled for that one too. I bet he dont regret too hard having followed my work in giving a rebirth to the old lady.

Olavs last score is this great looking 1936 VL combination. A great machine that I admit would not have felt hard to own. The later VL`s are well designed machines capable of taking hard use as well as parts are no problem thanks to Steve at VL-heaven.

Early VL`s are still pretty cheap to get hold of in Scandinavia, I recon if they have been properly set up its a god investment, tough they have a more slender apperance, more like the J era bikes. That those early VL`s too can handle lots of mileage is proved by Bengts VL previously presented on this blog, that`s a bike getting lot of km`s a year. 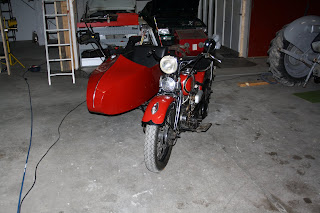 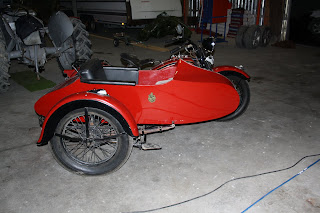 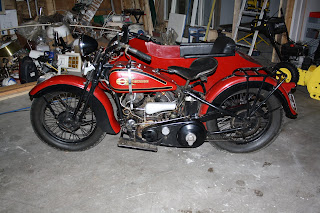