As time goes by,

Lately I've been a slacker in blog maintenance, I need to find an appologize, hmm, have spent the last week with a sore back, couldnt even ride my cicles for a while, then you understand what it was like, bad. Seems like my good ol 39 W have a hard time finding friends his own age to join for a ride, wonder why? Had a great ride shortly after my previous riding report, spent an entire day on backroads along with Rune and Britt W. on their Ultra, again a Milwaukee marvel after all. I should probably not say this, its a shame those Ultras dont work to well on gravel roads, moahaa! Had to ride the last part by my self! There is nothing like an light 45" on 18" wheels riding gravel roads, it`s so easy handling, life is then at it`s best (hopefully tractors are all still at the barn when I pass by). Riding those roads, there is still always something to find for anyone with the picker gene. Would you care for an early British Anzani Iron Horse with a JAP engine under its bonnet? Oh yes one from Prestwich that could just as well have ended in a motorcycle. I wish still I could ever stumble across an Anzani v-twin, as the one they used in their motorbike monsters back in the twenties. If you fancy old farmers stationary engines, hey there are still some engines waiting to be found, like this 12-14 Hp Trygg made by Øveråsen. The Øveråsen brothers spent thier youth in the US working with several motor manufacturers, they went back home to Norway in 1908 to start their own bussiness in making motors. The same Øveråsen that sold Harleys for years and years in the Gjøvik area, this is all history now. What about using the bathroom in a Norwegian version of the tower in Piza. I bet any of the readers of this blog know the tower I have in mind when looking at the lokal loo next to the Anzani. Its hard to keep your mind straight when resting in there, still it served its purpose:-) Sometimes I get a depressed feeling thinking of all work previous generations have put into their homes. A couple of generations later You see them rotten away. On the other hand I get lucky too, finding an old cool oilcan or some strange tool which purpose is since long forgotten. I rather do this than going to the mall, right! 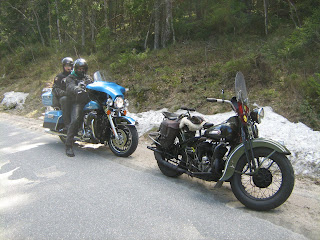 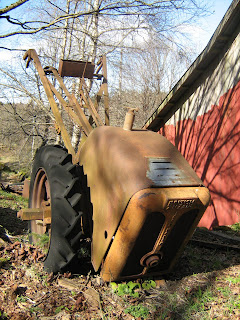 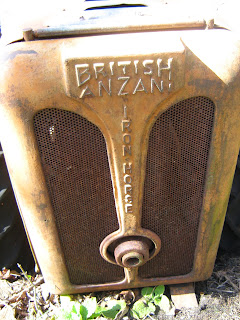 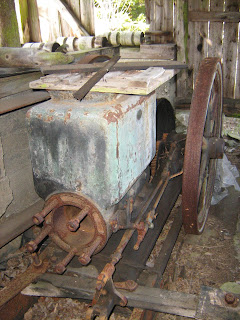 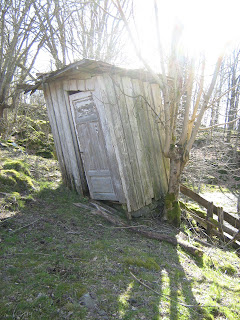 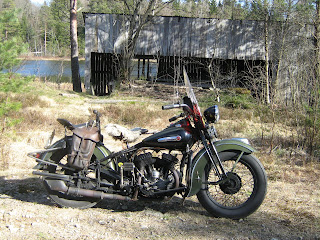 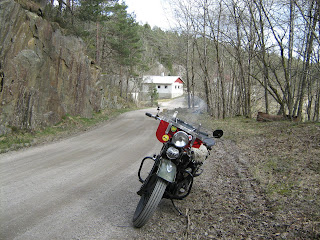