I`m running out of work on the Panhead, NOT still.

The gearbox was not even inspected yet as I found my bench couldnt take both the engine and gearbox in parts at the same time, to less space.

As the engine is now ready to be mounted in the frame I threw the gearbox on the bench, hoping this should be an easy task.

I was wrong, again.

Opened the filler cap, easily don as there was only one single thread left, humm. The drain plug was not any better, tough an easier fix.

Having drained the oil, time to open the top cover, found quite a bit of rust on the shifting parts, obviously there have been some condensation as well as water in the oil.

I should maybe not complain, gearbox housing and covers have no cracks, all gears are OK, mainshaft is OK, shifter parts are OK, most other bobs and bits needs to be replaced.

Its amazing what a blow with glass will do to the apperance of an old gearbox, it looks like new.

Some pics of the progress: 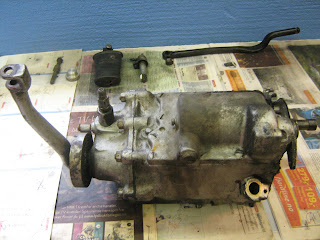 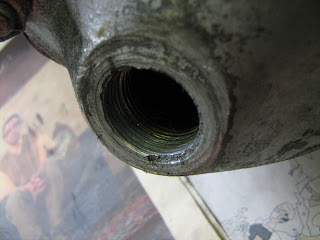 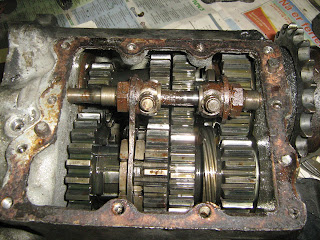 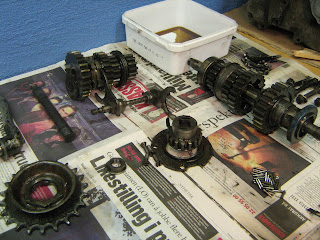 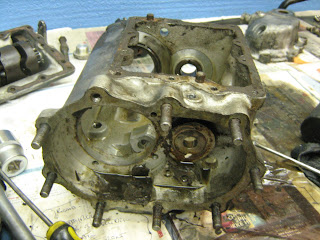 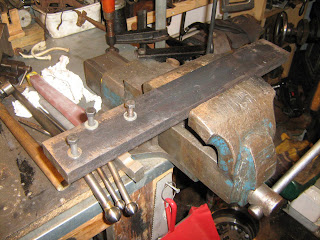 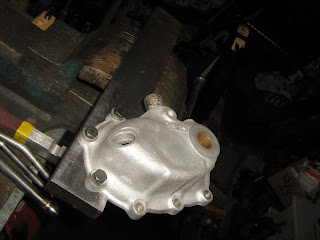 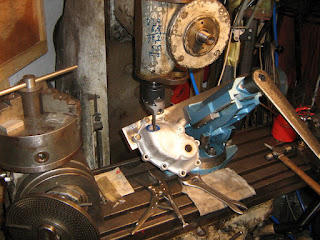 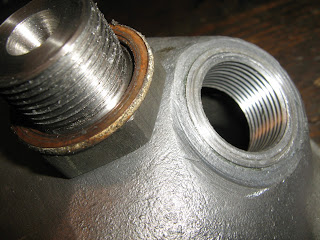 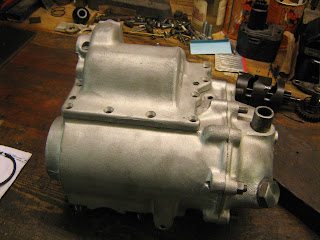