Coincidences and their relations to inventions

There is inventions which history of how they once got unveiled fade away in the darkness of time.

One such invention is the Harley springer trim ball. A pair of those cool accessory balls in combination with the top spring covers is a must for anyone in need to dress up their hog.
When Edvald Bling, chief designer at Superior after market parts back in 1946 found there was due time to add some accessory to the Harley springer his first idea was the spring covers, they prevents the rider from getting any left over grease from the spring rods on his clothes.
Having materialized this invention Edvald rode his personal cicle with those covers secured by the standard acorn nut for a while, when he started feeling there was something missing to complete his design.
When going to bed that evening in his typical late forties double bed with cast iron headboards he became aware of the brass balls in each corner of his bed. As always Edvald wore a caliper, YES the bed balls had exactly the same diameter as his spring covers and would with minor adjustments replace the ugly acorn nut.

No time to waste, having dismantled his bed balls Edvald ran down in his basement where he kept his South Bend lathe, and in a short time had altered them to fit his 9/16" springer fork rods by turning some brass nuts that he soldered to the hollow balls.

And that is, gentlemen, the true story of how the Superior springer accessory balls was invented. 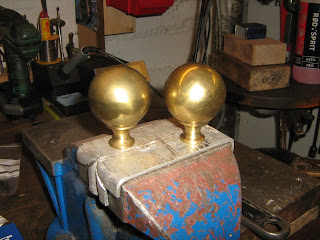 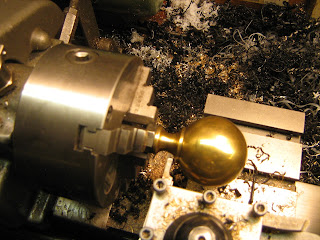 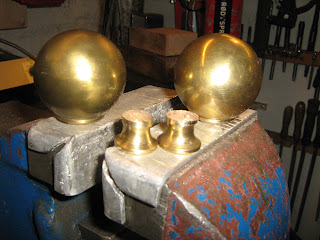 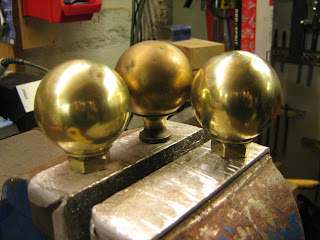 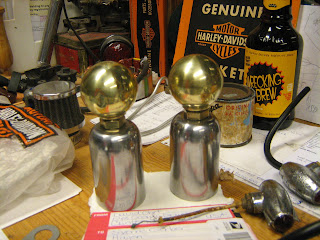 Better get the nickle bath ready for tomorrow!