Gearbox for my Panhead

OK, enough nonsense as accessory balls and other lull that will not be part of what brings you from A to B.

Hey its only the gearbox job left, better continue with that then.

The gearbox is not any different from what the rest of ol Bessie was like when purchased, worn and abused, can only be better that is what it is like.

Started with the kicker pedal, severely worn in the outer bushing area, that bushing is lubed by sand only as per Harley design (wonder why they bothered to form a location for an external grease nipple when they cast the cover without completing the job??).

Anyway, kicker have to be ground in the lathe to an even measure on its shaft, the fact that there is a center punch in each end excuse the lack of a greas nipple. Turning the kicker pedal between two centers is a dangerous business, I apply some tape to its end to be aware of its rotation.

Having ground the kicker it is time to make two new bronze bushings, I used two o-rings between the bushings to prevent oil from leaking out around the kicker shaft (now its play is 0,04mm). In the outher bushing I cut a cross from the grease point to allow grease to enter the bushing evenly around its surface.
I love old Harley parts without wear.

Next task is to make drivers for bushings in the gear box housing as well as gears, lathe work is always OK.

Main gear, I will rebuild my main gear to the shorter bushing and add the after 65 oil seal to keep oil in the case.
The main gear roller bearing surface had slight pitting. Ground off 0,02 mm and its fit for another fight.
Same thing with main shaft where the main gear bushing have caused wear, another grinding job as well as refreshing its threads and main shaft is ready to go. 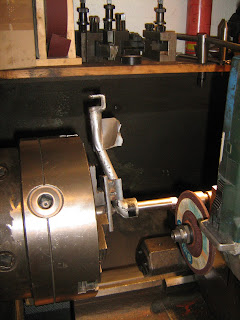 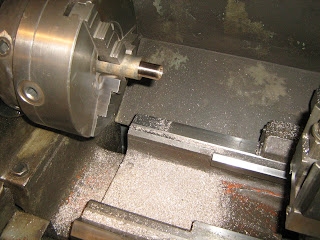 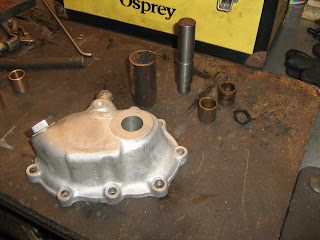 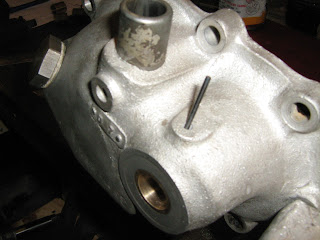 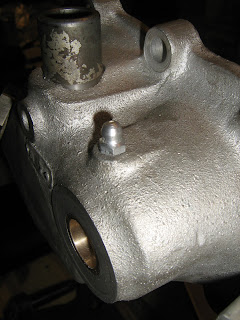 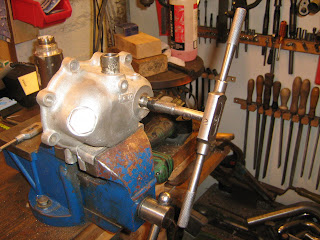 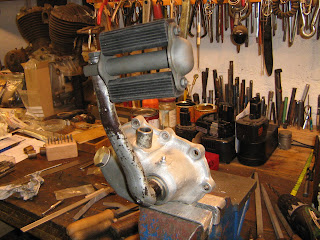 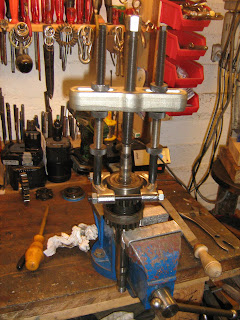 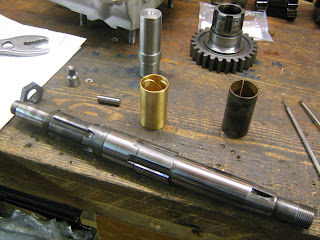