American motorcycles (with a Norwegian touch)

"Bigger is better" is a common phrase. This saying must have come trough the mind of a Norwegian engineer working at a factory in Rjukan during the twenties.
This bike is a Norwegian made Spanjola. Having said Norwegian, it`s based on Indian parts added to a bunch of homemade stuff like gearbox and transmission. Engine is a pair of Indian Power Plus motors placed in a row giving the visual look of a V-four engine.
The remains of this giant motorcycle resurfaced like 15 years ago and is now under restoration. To check out the story (in Norwegian) check out; http://www.spanjola.no/ 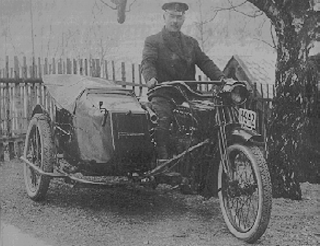