Its spring and time to get around.

Been another cold but nice weekend. Have got lots of miles on my trusty ol bobjob, way cool every minute. 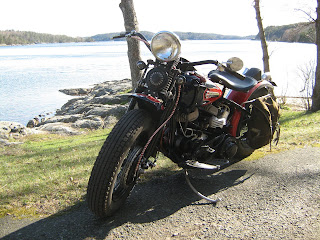 Spent an entire day driving up the valleys to the snow and then heading east down to the sea just to see and feel the difference in how nature is affected by spring at various altitudes. This pic is taken by the sea where grass have stated getting green and flowers popps up. Reached home just in time for darkness to come. What a day. 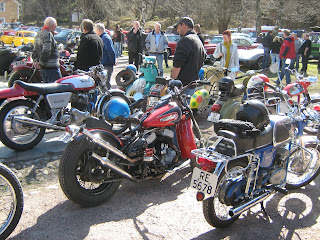 
Vintage events end early (most of the guys are very old, maybe they need to have a noon nap?). Time to get on.
Had a really great 2 hour drive back north up the valley to Evje treff (motorcycle meet) where there where close to 400 guys and girls with bikes and booze. Spotted bikes in a varity from Boss Hosses to Urals (wonder how many kroners they differ in price tough I think the Ural owner have more fun). 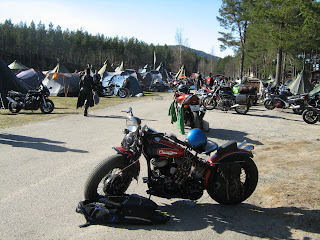 One could say my 70 years old WL stod out of the crowd at this event, most people seem to drive brand new boring motorbikes. 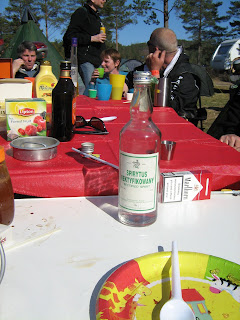 This is some dangerous stuff, Stroh Rom at 80% and some Russian technical Spirytus at non less than 95%. Would think there is loads of headache stored in those two bottles.
I prefeered to get home before dark.


Sunday, time to go West on narrow roads looking for old stuff and talking to old people, you never know if there is more will to sell this year, grin. 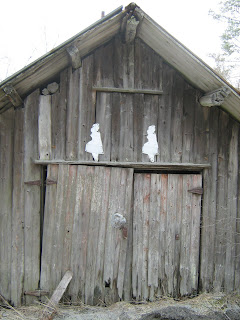 This garage has loads of history, at this location used to be a scrapyard and used parts sale back in the 40ìes and 50ìes. Here have been butched loads of American cars and motorcyles from early teens to late fifties. Now there is nothing left unless those two pinupgirls since long faded by the sun. 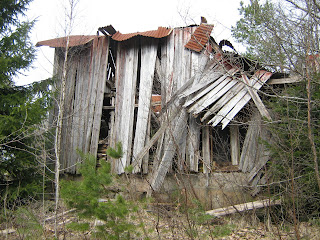 New location, those are the ones interesting. 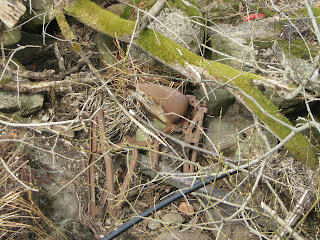 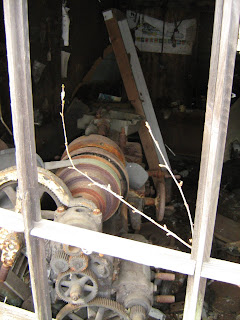 New location. Its way cool looking into a old workshop full of boobs and bits where the lathe is frozen by rust more than 30 years ago.
Lagt inn av American motorcycles kl. 15:03