Today was a day to be remembered.
I finnished my Henderson 1927 De-luxe this night (late late) having finally got the engine all asembled and installed in the bike (again).
This time I was a believer, as far as I new all issues with the gearbox where supposedly sorted, ready to hit the road.
Oil filled up, gas filled up, battery installed in case lights or siren would be needed
Left home afternoon, every nerve tensed by mechanical fear, will this first longer ride be a victory, a prove that man is above technology after all or am I to be ditched at a remote road up the valley where no cell phone can get you in contact with whoever have a trailer?

Long story short, my Henderson purred away for several hours, up the hills just as easey as straight ahead. Life was for sure wonderful.
I bet old Henderson was pleased, having missed traveling the roads of Southern Norway for years and years since it went to sleep back in 1949.

Went by a cafe up in the valley where motorcyclists hang out, needles to say they didnt know the Henderson.

Just as when it started getting dark at night both me and old Henderson came back home just as healty and safe as when leaving. 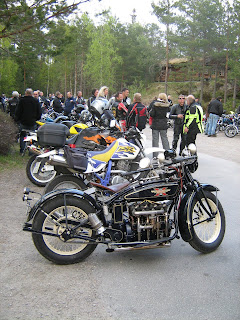 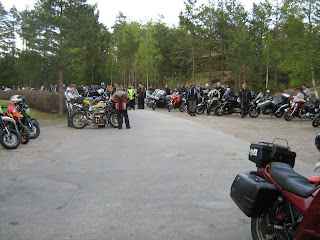 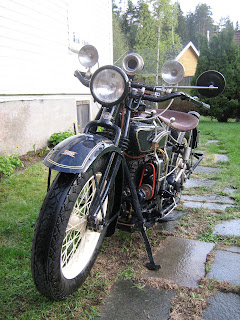 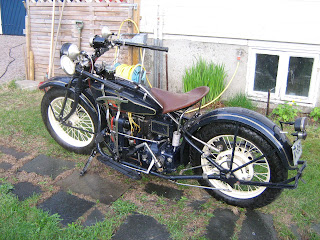