Whoever riding his motorcycle(s) in all weathers know if your wet from heavy rain the wind chill factor might make you really cold, even on a summers day.
A windshield or a fairing might be a part of solving this problem, tough you will then miss those sunny days and moments of riding with a cool breeze playing in your face that motorcycles is all about.
Hrrm, you might say there is now way you can get the best from both worlds!
Some would get stuck with either a windshield or fairing as shown in the illustrations from two 30`s Popular Science magazines, some would get wet and cold to be able to undisturbed feel those magic moments of motorcycling given only by a hot summers day.

Or. there might be a third option, the Hanson Sports Shield introduced to the market in the late fourties. Made by Thoro Corporation in Batavia Ill. USA. I dont know much on Thoro else than that they where among the first to introduce a hydraulic motorcycle workshop lift as early as in 1948, cool too.
I imagine Thoro did only produce the roll up windshield as its named Hanson, my guess is its designed by, yes one Mr. Hanson.
I have wished for one of this rare windshield for many years until I recently had the chance to purchase one for my bobber.

Oh my do I look forwar in getting this cool period aftermarket windshield.

Periodic pictures are gently stolen from the Caimag forum and the super cool blog of Mr. Knucklebuster. One cool detail, in the second last photo sent to me from Gary in the US is our friend Paul from W&W cycles in Germany whoms face is pictured in a bunch of more photos on this blog. 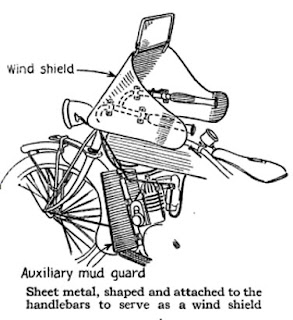 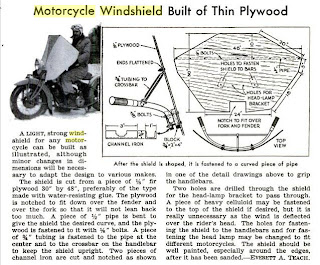 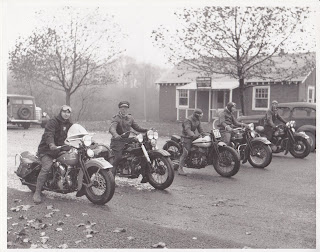 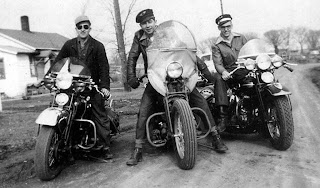 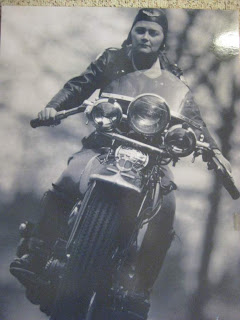 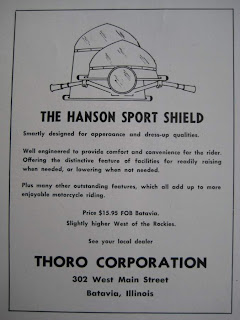 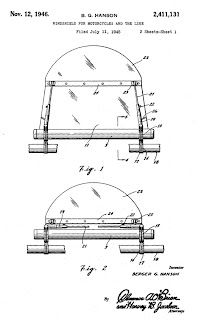 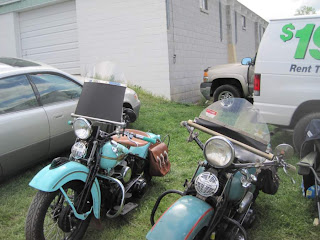 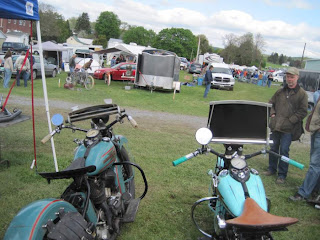 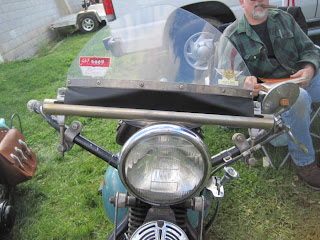