Ok, after some delay due to some terrible wind in the North Sea I finally got my ass back home. Spent the first week taking care of my grandchildren having their winter hollidays, its always great for them to go country side, no television, no computer games, just outdoor life and camping, no bother if snow or rain, hot or cold. Maybe I am the grandfather from hell?

To make this week a real workout, I had a long time ago promised my friend Erik the blacksmith to take care of his Husky dog Laika when he went on hollidays. If there was one Husky for each there would be no fat asses around, whow that Husky girl Laika is not easily worn out. 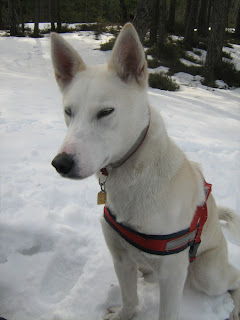 And you might think it have become spring in the southern parts of Norway by now?
The answer is loud and clear, NO! Have had an average of 10 degree C below during nights and there is still loads of snow all over, the pic enclosed shows my neighbor`s car, at some point this winter they stopped digging and they now use the bus! 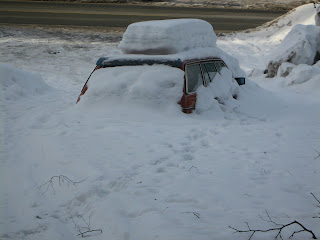 Anyway, having got dogs and children back to their respective homes there was due time to get on with ol` Bessie.
Both Castle run and Linkert are pre-paid and she should rather be ready and run in by then.

As the Bessie project is now coming to an end I found it was due time to go trough the entire bike as far as it is done to find all these minor things in need of just a tweek to be 100%. I make a note off all points on a list, my TBD list (To Be Done). When the bike is done and I have completed one or two TBD lists, then it is really done. My experience is you normally dont run into any unforeseen  mishaps when going trough all like this? 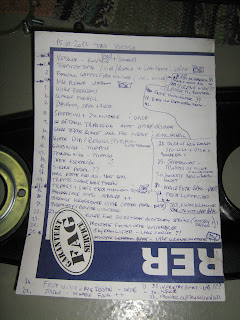 As I have been so slow in updating my blog for several days I will post a summary of what I have done to Bessie so far this leave.