Replica parts are most 92 %

Having done the gearbox I found time to get a few issues sorted on my previously mentioned TBD list.
One such thing is that when I bought repop exhaust pipes I found the bracket on the flat pipe underneath the engine was made poorly and by no means could be fastened to the frame as supposed too. This is even if they cheated with the rivets supposed to secure the pipe clamp, the rivets where in the clamp only, didnt go trough the wall of the pipe at all, just a small weld at the bottom of the clamp, arghh!

Had to fill the original hole in the clamp and add an extension, make a new hole in this and then weld the clamp with some small tacks and finally spray paint with high temp coating. All of this was included in the price of those repop pipes, oh my! 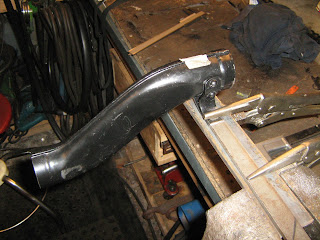 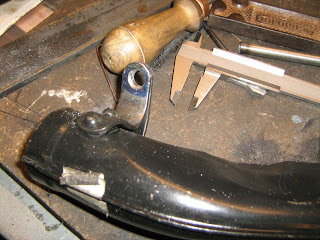 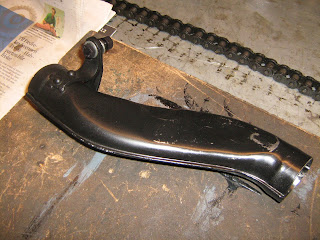 I seem to remember I earlier on this blog there was no more filing and such on the Bessie project, eh I was obviously wrong.
Lagt inn av American motorcycles kl. 15:23