OK having given my mountain trip companion back to her mother, now sunburned, dirty and full of mosquito bites (but still in a good mood) I turned my Beemer in direction east.

In a beautiful small farm community called Grevbo not far from the city Borlange in Dalarna Sweden is the home and bussines headquarters of Jørgen`s ""Grevbo Engineering".

So, what do he engineer?
American motorcycles with Injuns as his speciality. Well, I find the last been true with modifications as he spend his time working with Hendersons these days (and Super X`s). And what work he does, beeing a Henderson owner doesn`t feel as scary anymore.
The place was packed with tools and jiigs for working on Henderson engines, a home made linebore device made for US fourcylinders beeing the most impressive.
In addition to the toolings where a number of engines and bikes (yes Hendersons) in different states of progress, ranging from his own just finnished KJ to an early K model.

Pics cant tell what it was like staying there for a couple of days, and Jørgen even found time for me despite all his work waiting. Thanks a lot. 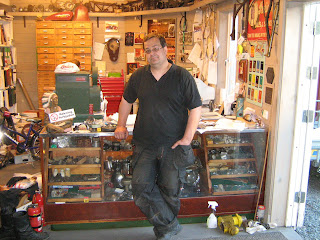 The boss in his office, I wouldnt mind having accsess to the display counter 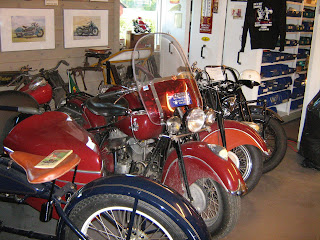 Jørgens Injuns ranging from a 1914 electric start Hedstrøm engined bike to the alter Chiefs. A 102 Scout bobber was really cool. 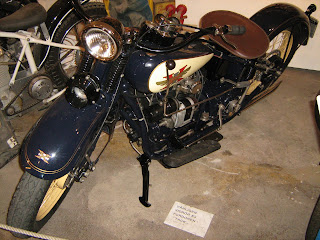 Jørgens KJ, just finnished. What a bike this is. 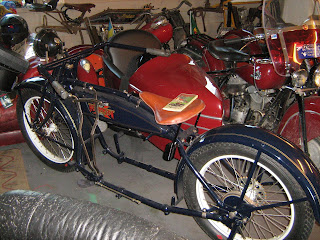 An early K waiting for its engine before leaving for western Norway. These early K`s are just so slim. 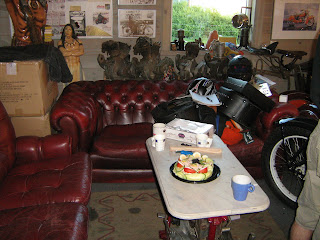 Having a break with some Swedish "Tårta" or what ever they call it. 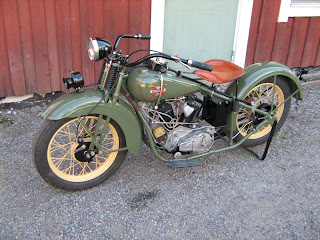 Super X ready to go to a new home. 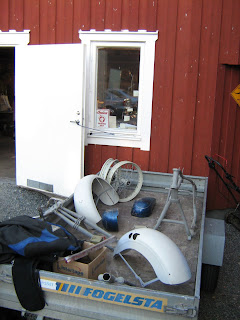 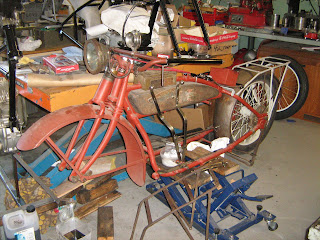 Another K in progress, Indian four in the back ground. 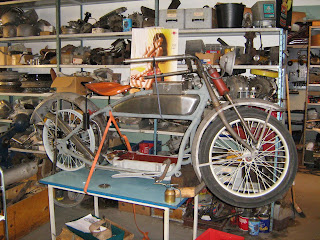 A Henderson De-luxe wich will eventually end up in Norway too. 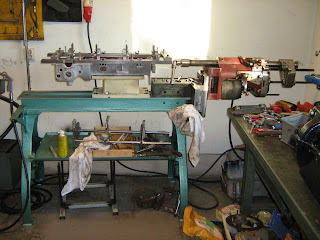 This line bore tool is just so cool. It can be set up to line bore the gearbox hub bearings too, wich I had to scrape to fit in my engine. 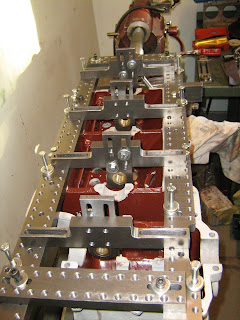 Another view of the linebore toolings. Coooool. 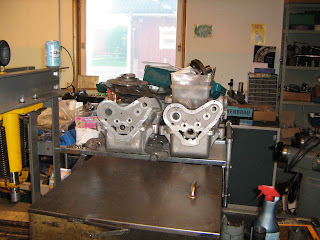 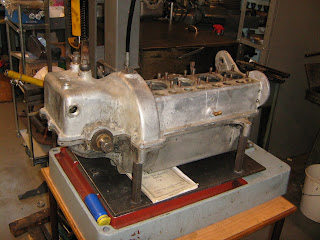 This whole visit was breath taking and I feel pretty small taking in consideration what Jørgen have achieved in his workshop in such a short time.
Lagt inn av American motorcycles kl. 01:50