Trying to give the 39 what it deserves!
OK, there is nothing like a combined roadtrip where one can get both sceneric roads, talk to some people living at the country side where the A4 living still haven settled everyone, and not to forget maybe even do some picking.

If you go where these roads lead you you will never be bored; 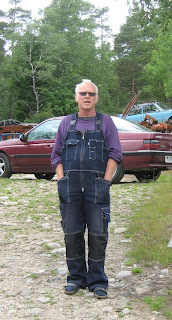 If you go deep enough into the Norwegian country side you will find cool people like this old gentleman that never throwed any of his cars away in a long life, just stacking them all over his farm. He is kind of a mechanical homegrown genious and there are loads of clever homemade devices on his farm. Who else do I know sleeping next to his lathe, Ehrm noone. 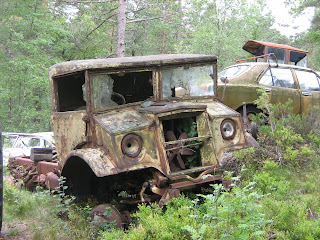 Starting a small tour, you will met a bunch of those WWII Canadian Chevy`s 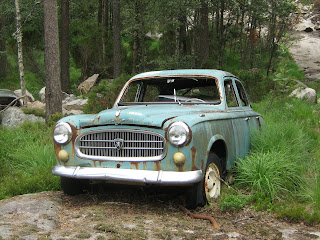 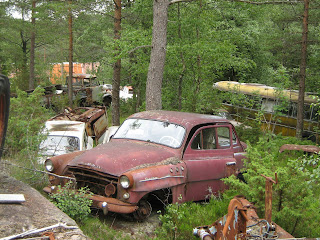 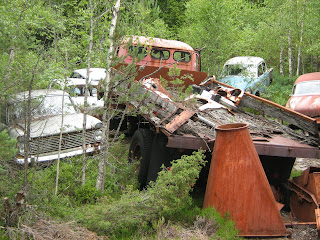 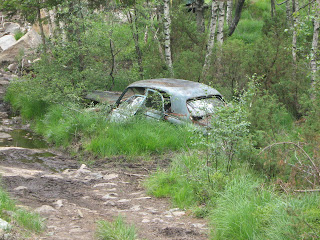 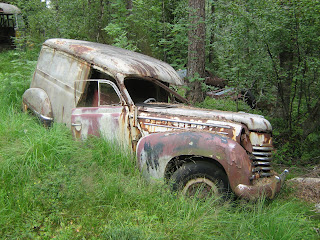 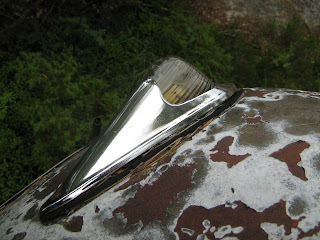 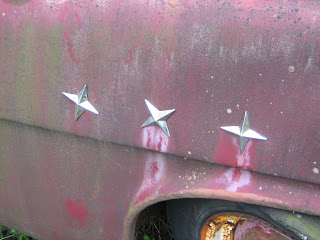 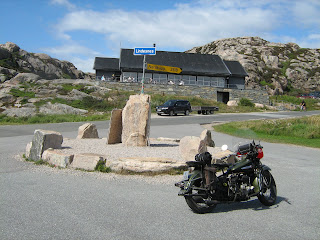 Leaving the gravelroads let me end up at Norway`s cape South. Only 2518 km to get to cape North. Oh well another day maybe. 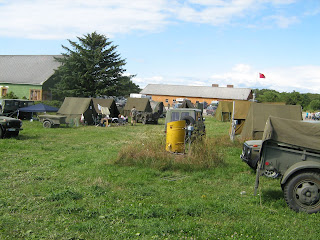 Passed an old closed military airport. Found there is other guys & girls than those innterrested in motorcycles sleeping in tents and boozing too. Those are MHKF (I think) all fidling with WWII vehicles. 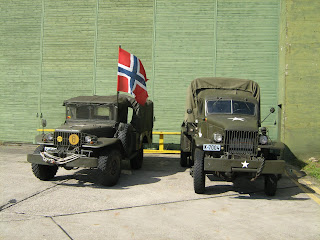 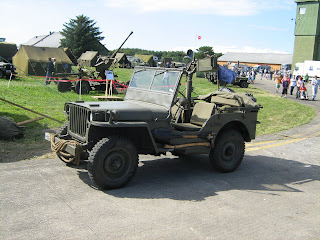 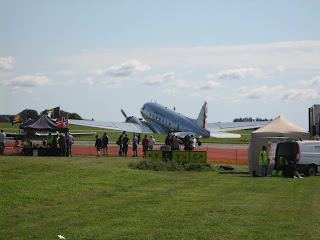 There was even a bunch of planes, love this early DC-3. A shining aluminium bird.