I have previously posted a short introduction to an important piece of the Norwegian motorcycle history, the founding and early years of the Norsk Motorcycle Club. Again, life is full of surprises and a while back I got this very interesting photo in an e-mail from a lady working at Hotel Sundvolden. This unique image show the members of Norsk Motorcycle Club on tour from Kristiania to Sundvolden, located in the Ringerike region, now a drive done in a couple of hours then a days travel for brave men in the saddle.
Hotel Sundvolden is today a historic hotel, one of several organised in a group of preserved wooden hotels from the early years of our tourist industry.
I recon this pic is taken approx 1920, one year after the club foundation. Bikes are Harley, Indians, 3 Hendersons and from the frontfork view a Reading Standard. 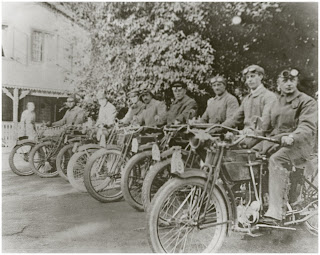 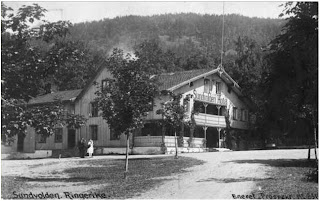 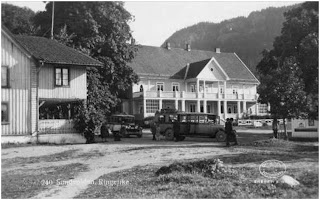